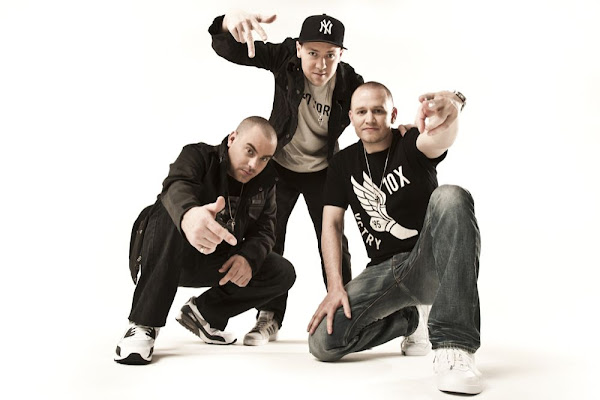 Summernats have the intriguing news that the Hilltop Hoods are coming to town for what will no doubt be a very special performance:

After attracting over 90,000 avid car enthusiasts to the 2012 festival, Summernats 26, to be held in the first weekend of 2013 from 3-6 January, has the Hilltop Hoods headlining the Friday night of entertainment.

“We’re really pleased to have the Hoods, Australia’s kings of hip-hop, at the Nats. These guys are genuine Aussie music royalty,” said Summernats co-owner Andy Lopez.

The Hilltop Hoods, who’ve just performed a sold out show at the ANU as part of a sold out Aussie tour, are just as happy to be at Australia’s biggest car festival.

“We can’t wait to get down to Canberra and kick off the New Year at the Summernats,” said MC Suffa of the Hilltop Hoods.

And there’s more to come at the Nats, with the Saturday night headliner and much more still to be announced.

They couldn’t have made a better choice than Hilltop Hoods for the ‘nats. Their style of homogenous, pseudo-offensive hip hop is perfect party music for boosy yobs.

Actually i think the summernats crowd isn’t intelligent enough to understand the lyrics to be honest. I thought they were more a heavy rock kind of crowd.

Well, they are from Adelaide.

They couldn’t have made a better choice than Hilltop Hoods for the ‘nats. Their style of homogenous, pseudo-offensive hip hop is perfect party music for boosy yobs.

I dunno about Hilltop. I used to be mad keen on them when I was younger, but their music is pretty hit and miss to me. Don’t get me wrong, they’ve got some genuine classics, but they’ve got their fair share naff as hell tracks too.

That’s all very well, but at Summernats they won’t have Sia with them to do the lead vocal on the song they had a number one hit with. I think if she had a choice she’d much prefer Flo Rida who got her noticed in the US.

Alec McCormick - 25 minutes ago
Read the first line in the article and that’s all Timmy Shea View
Paul Wyatt - 1 hour ago
Jackie Fuller funding to an extent but not to the detriment of the public schools, why should a family with lesser means be s... View
Juliet Jackman - 1 hour ago
All teachers in each system are accredited to the same standards View
News 16

Jeremy Thomas - 41 minutes ago
Eddie can you forward the link to the Bill. I cannot find it on the assembly website. Which clauses are you objecting to? Tha... View
Jeremy Thomas - 57 minutes ago
Daniel why would it stop Safe Schools? I don’t see the link. View
Larry Appley - 1 hour ago
I agree...but...religion *sigh* View
Sport 2

@The_RiotACT @The_RiotACT
Chief Minister Andrew Barr has urged the Commonwealth to speed up the approvals process for major infrastructure projects such as light rail stage 2 https://t.co/5ocHRrEQGV (18 minutes ago)