Hippo Co raising the tone in Civic. A review 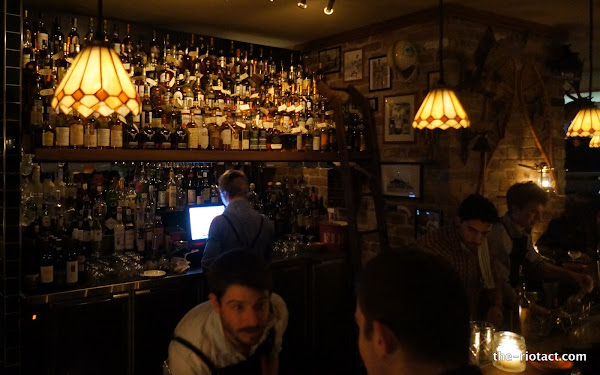 Hippo Co is the revamped Hippo of long Civic infamy.

They’re having the public opening tomorrow night but I was in there tonight for a sneak preview because that sort of thing happens to me.

If you’re not the sort to enjoy hanging out in a licensed club, if you’re willing to pay a bit more, maybe a lot more, for excellence, it might be the bar for you.

Come the summer months the balcony over Garema Place is going to be a very special thing indeed. 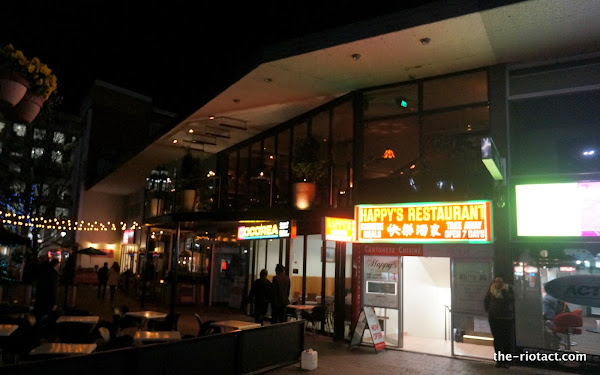 They bill themselves as a cocktail and whiskey bar and as luck would have it I gave cocktail, whiskey, and beer a go in your interests dear reader. 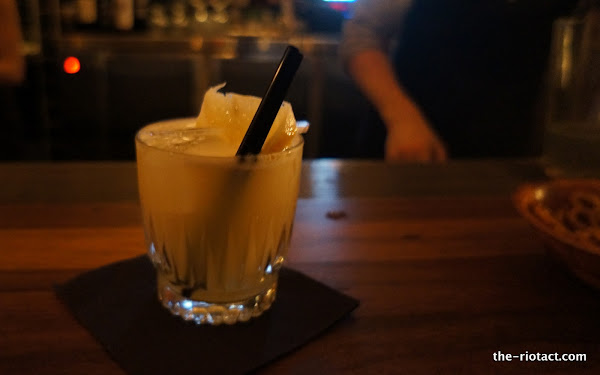 First up was a whiskey sour.

If you like a cocktail where you can’t taste the alcohol this is not the one for you.

If you like a cocktail where the fire of the liquor (rye whiskey in this case) is balanced by other flavours but endures, then this is really really good.

The whiskeys range from the merely expensive to the astronomical.

Here’s a look at a bit of the whiskey price board. 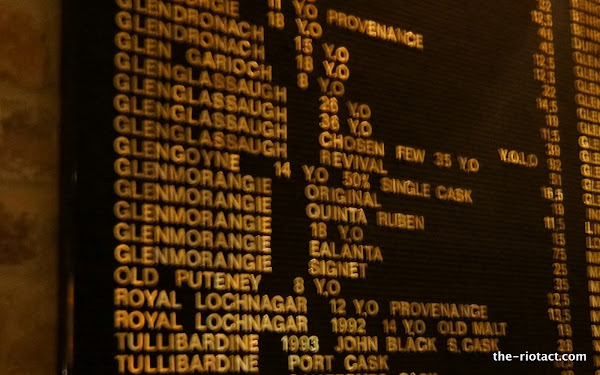 Yes that’s a Glenglassaugh 36 year old going for $92 a glass with a cheeky yolo.

I went for an unpeated Islay malt (simply for novelty having enjoyed so very much iodine brown heavily peated malt from the Isle of Islay in the past).

At a mere $16 a shot what could make it that special? 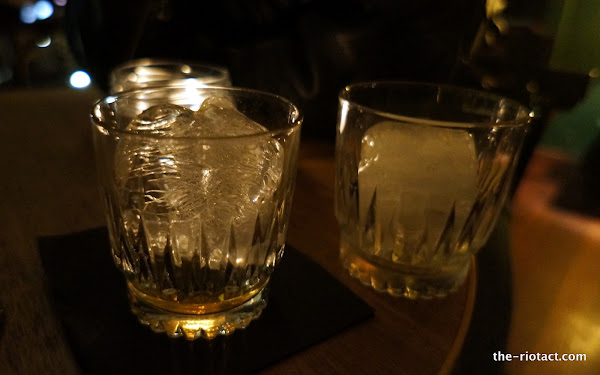 Do not believe what some say. Good whiskey should have water added and cooling has some real value too. (here’s some science on it)

For the curious an un-peated Islay is certainly unusual, and pleasant, but next time I’ll get a real Lagavulin thank you very much, because I like firey iodine water.

A word on the whiskey list. I’ve been to a fair few bars in Scotland, and some Tokyo bars very proud of their selections (and the Japanese are mad for Scotch). The revamped Hippo Co has a more interesting group of scotches than I’ve seen anywhere. A bonus is there’s no Scottish snobbishness, they’ve got great whiskeys from all over the world.

A bottle of Coopers Pale comes in at a mere $7.50 if you’re after simple fare.

So what is Hippo Co? 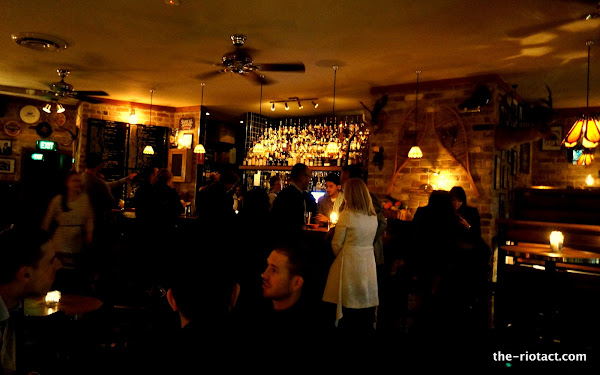 To me it felt like being in Humphrey Bogart’s hunting lodge.

It’s the place you want to go after dinner for a relaxed yet impressive drink.

And the rules. The Rules are good. I can get behind them: 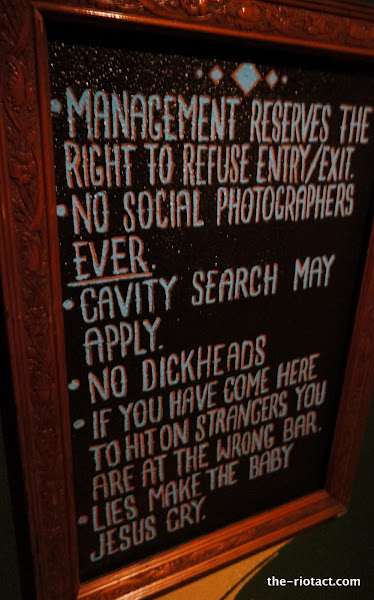 If you’re after Carlton Draught or a breezer go somewhere else.

If you’re after a classy drink at the prices that come with class then give it a go.

14 Responses to Hippo Co raising the tone in Civic. A review
Filter
Showing only Website comments

Those are probably the best rules I’ve ever seen at a bar/lounge.

Looks like a good way to try a wide variety without getting locked into a serious whisky collection of your own.

😀 What better way to spend a few hours?

I did a double take with your ‘ejacate’. I thought it said something else. The problem is with me, not you.

The knockers might want to bear in mind that this is a bar aiming for a niche market that just isn’t them.

Deref pretty sure there aren’t any blended whiskies there, but who knows, maybe a sneaky Chivas has made the cut.

Wot you means is if I ask for a jack with coke, like ,,, I get shown the door.

Bourbon and coke I’m sure they can do for you

smacks of bohipsterdom*. (bogans trying to be hipsters)

I’ll give it a miss.

Then again, I give civic a miss most of the time anyway. So do most people it would seem these days from the photos.

The knockers might want to bear in mind that this is a bar aiming for a niche market that just isn’t them.

Deref pretty sure there aren’t any blended whiskies there, but who knows, maybe a sneaky Chivas has made the cut.

Looks good. One infallible measure of quality: did they have any Johny Walker-branded whisky? If so, it’s a wank; if not they probably know their whiskies. The place for paint stripper is a hardware store.

As you say, a splash of water’s essential but the problem with ice is that, as it melts, it waters down what’s left of the whisky.

And och aye to those peaty Islay malts. I’ll have a Laphroig, Cheers. 🙂

We have coffee wank and now its whisky wank. Looks contrived, and the low-rent sign telling your patrons how to behave….*sigh* Do these guys having anything to do with the Foreshore lot? the no-dickheads policy clearly doesn’t apply universally.

Looks very swish . Will call in one of these days.

Mmm, should’ve let me know you were going and I would’ve bought you one. 😉

Julie Macklin - 20 minutes ago
James Dof And no one has ever expected trades people to cycle from job to job with their tools. That is just a straw man argu... View
Heather Grant - 3 hours ago
Suggest they hire extras from Deane's and Keir's (and anywhere else close by that have spare buses for hire). Instead of look... View
Ashley Wright - 6 hours ago
Cary Elliot Johnson do you have an example of such a city but when defining decent? define it from a daily users point of vie... View
Opinion 47