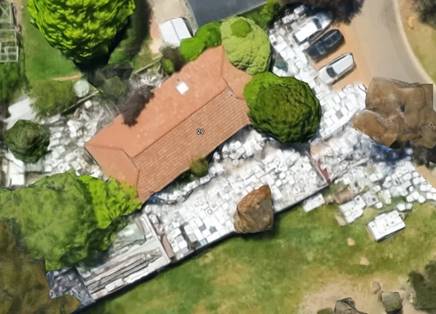 Extreme cases of hoarding need to be tackled with a holistic approach, say Ministers. Photo: Supplied.

Woden Community Service has received $300,000 to help extreme hoarders, as the ACT Government reinforces its holistic approach to tackling the issue.

The Hoarding Advocacy Support Service (HASS) trial will be extended for another 18-months, focusing on the mental health of people who are unable to break their hoarding habits which often put themselves and neighbours at risk.

The funding announcement comes in light of criticism levelled at laws proposed back in August by Liberal leader Alistair Coe that would have imposed penalties and forced sordid properties to be cleaned up.

There is still a lack of understanding about what causes hoarding and how it should be appropriately tackled, Minister for Health Rachel Stephen-Smith said.

“Hoarding is a challenge, which has many potential causes and no simple solution,” Ms Stephen-Smith says.

“Although there are only a small number of cases of severe hoarding and squalor across the ACT at any given time, it is an issue that has a big impact on the community.”

HASS provides support services for people living with the effects of hoarding by providing counselling, social support and referrals for specialised help.

“The HASS trial, carried out earlier in the year, used a case management approach to engage with individuals and help to connect them with the support services they need. This funding will provide a more comprehensive evidence base of the impact community-based support services and case management can have in managing the personal and community impacts of hoarding behaviour, given the complexity involved in managing the most severe cases.”

Labor previously withdrew their support in August for a Green-led amendment to establish an advisory council that would have included mental health experts to better understand the issue.

Minister for Mental Health Shane Rattenbury says it is important to recognise and address the underlying mental health issues that lead a person to excessively hoard items to the point where health and safety are compromised.

“As hoarding behaviour often involves underlying mental health issues, just using regulatory action is not the answer. We need to work with people, provide them with the support they need and therefore reducing the impact on the neighbours in the long run,” Mr Rattenbury says.

“That’s why, funding the extension of the HASS will no doubt have a positive impact for those accessing the service, but also the broader community.”

The funding has been welcomed by Chief Executive Officer of the Woden Community Service Jenny Kitchin.

“We commend the government for recognising the importance of a community case management approach in working with people who have significant issues with hoarding,” Ms Kitchin says.

“Woden Community Service looks forward to continue working in this complex service area, bringing to it the experience we have gained over a number of years [and] are heartened that the people who have issues with hoarding who we previously worked with, can now be assured of receiving the supports they need for the next 18 months.”

Good old wazza, no one complains when they need cheap whitegoods parts or repairs from him but

Caroline can you tell Carli

You probably need a 2 pronged approach of helping and compulsory clearing as if the psychological issues are not treated the hoarding would be as bad in 12 months. Back to square one

Same tired old ideologically driven approach from the same tired old bunch of ideologues that have been governing the ACT for far too long. How long do they propose to mollycoddle a bunch of miscreants who apparently have no concern for their own living environment or for the wellbeing of their neighbours? The answer is clear: issue a clean-up notice and, if this is ignored, organise the clean-up and bill the offender for the cost. If it’s public housing and the offending involves a detached property, move the person concerned to a more contained dwelling such as an apartment, while cleaning up the property. Also bill the person concerned for the clean-up. I’d reckon that would concentrate some minds.

I know this is kind and well meant, but the reality is that it is not “reducing the impact on the neighbours in the long run”. Hoarders win, neighbours lose.

Shane, for hoarder AND community safety, there has to be some end-point at which government simply enforces clean-ups. Like, inside a decade.

Yes, not much said about the neighbours was there.

However it would seem this holistic approach does not mean to include the neighbours. There’s nary a mention.

This is a typical bureaucratic and ineffective ACT Government response designed to avoid action:
1. Establish a Hoarding Advocacy Support Service to employ some nicely paid consultants;
2. Provide counselling, social support and referrals – all paid for by ACT ratepayers;
3. Add another layer of red tape to disguise the lack of effective action by establishing a Hoarding Case Management Group to coordinate responses;
4. Pay more consultants to form an advisory council of mental health experts to write reports on cognitive behaviour therapies and maybe investigate medications to treat this exciting new Hoarding Disorder Syndrome.
So hoarders still hoard, garbage piles up and neighbours still fume. Nothing is solved. But the consultants are happy because they benefit from ongoing funding from the ACT Government, paid for by ever rising rates. 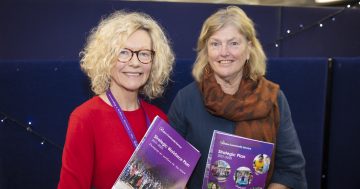 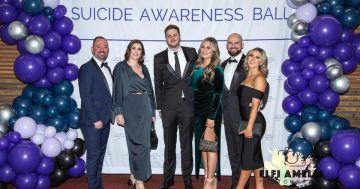