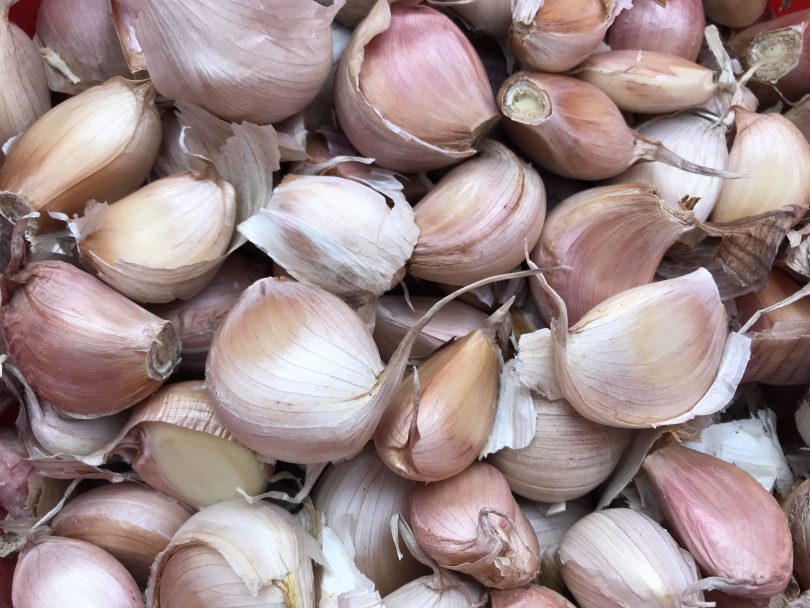 The Australian garlic industry is in shock with Leticia Ware, Tasmanian garlic grower, ‘guru’ of the industry, and chair of the Australian Garlic Industry Association (AGIA), charged with the illegal importation of garlic.

Considering the potential biosecurity implications of her actions for Australia, the agriculture sector has been left dumbfounded.

Garlic is a known host for a dangerous plant pathogen known as Xylella fastidiosa, which is not present in Australia, but is native to the United States and Canada. X fastidiosa could put at risk over 350 native, commercial and ornamental plant species in Australia.

Garlic can also host a number of other exotic pathogens and pests, including a bacteria that causes such diseases as leaf blight, onion smut and leaf spot.

The website states, “We are passionate about garlic and bringing the best of the world’s culinary and seed garlic to Australia”.

“With currently 56 cultivars, we have another 80 cultivars on the way. Our natural selection breeding programs rigorously cull for vigour, plant health and flavour for three years before releasing to the public.

“We grow with naturally fertile, healthy, biologically active soils for plant health and bulb flavour and are committed to our Certified Organic status.”

Ware has won many awards for her garlic, the business also provided training and tours and provided excellent free advice for growers through social media channels. She’s even appeared on Gardening Australia. However, of great concern to growers is that she sold garlic varieties around the country, including into Southern NSW, which has a significant garlic industry. Around 30 growers operate in Braidwood alone. 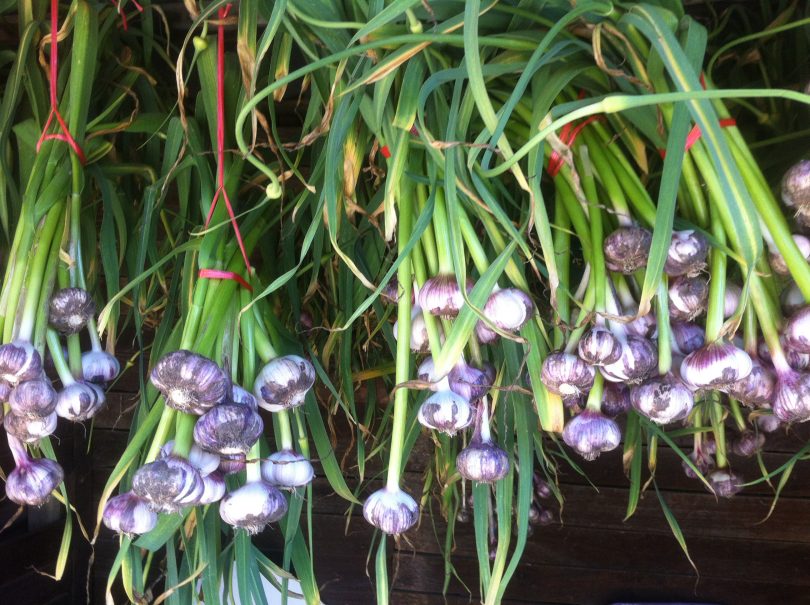 When the charges became public Ware stepped down as chair of the AGIA; she has been sentenced to 11 months’ jail.

The AGIA Board released a statement saying “Remaining board members were unaware of Leticia’s illegal activities, whose actions contravene AGIA’s objectives to support a thriving and healthy Australian garlic industry”.

“The board strongly condemns any behaviour that jeopardises biosecurity or the Australian agricultural industry.

“We understand that many Garlic Growers are concerned for the safety of their own crops, and can take some level of relief that Justice Gleeson [sic] found that this imported garlic was not diseased.”

Among evidence tendered to court was advice Ware sent to a supplier to subvert importation restrictions: “Please do not declare garlic on customs as it will be picked up through quarantine. Many thanks, Letetia.”

Further, she gave instructions to those suppliers about how to pack the product in order to minimise the risk of interception.

In sentencing, Justice Gregory Geason said, “You did so without complying with any of the mandatory requirements for the importation of those bulbils”.

“The law does not confer upon you or anyone else a right of self-regulation, the authority to make your own assessment about risk, and your own judgment about the need to comply.

“Your conduct demonstrates that you saw yourself as above compliance with Australia’s quarantine laws. There is an arrogance in your behaviour.

“Indeed, I am amazed that you could, on the one hand, claim organic accreditation, and all that certification stands for and, at the same time, flagrantly flout the quarantine regime with all the risks to agriculture that that course of conduct entails,” Justice Geason said. 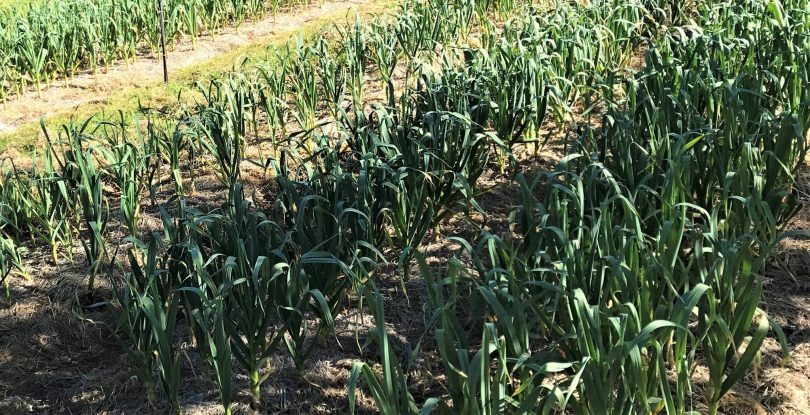 The health benefits of organically grown garlic have given hope that local growers can compete against cheaper imports.

The judge said Ware had never held an import permit for the importation of garlic.

It was not a one-off event for Ware. Ware imported a total of 2,186 garlic bulbils on 21 occasions.

In 2015 the Department of Agriculture intercepted an illegal shipment to Ware which was destroyed. Justice Geason observed that “intervention by the authorities did not cause you to reflect on your behaviour and to desist”.

“So determined were you in avoiding your obligations that you even chastised some suppliers when they failed to follow your instructions about mis-declaring the garlic,” Justice Geason said.

“This offending continued over a period of 18 months, ceasing only upon your being caught. You cannot claim that this was a mere aberration.” 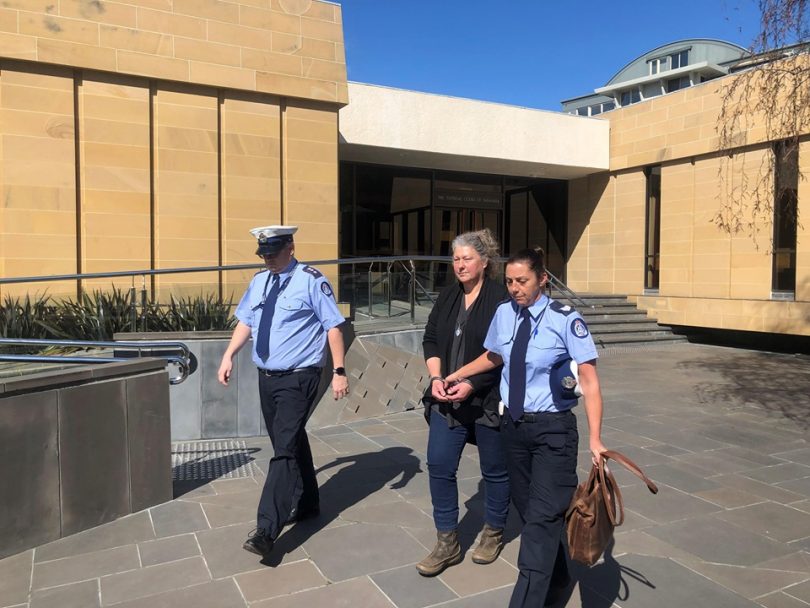 Ware pleaded guilty to the charges.

While the maximum penalty applicable to each offence is imprisonment for 10 years, or a pecuniary penalty of $360,000, or both, Justice Geason directed that Ware “be released from custody after serving two months of that sentence on condition that you enter into a recognisance in the sum of $2,000, and are of good behaviour for a period of three years”.

This should be front page news. Garlic is as important as chilli. Both food groups need to be saved.

The real crime here is that there was a maximum penalty for each offence of imprisonment for 10 years, or a pecuniary penalty of $360,000, or both, yet Justice Geason in his wisdom directed that Ware “be released from custody after serving two months of that sentence on condition that you enter into a recognisance in the sum of $2,000. What a joke. Anyone know a decent judge?

I wonder if handcuffs are necessary for someone illegally importing garlic …..

My thoughts too when I saw that photograph. I thought that looked American.

Is nothing sacred. Even the garlic industry smells.

The garlic from China is supposed to have been treated to ensure that it can’t sprout to grow or be planted in Australia. Standards have become lax as so much has been imported & very little is inspected these days. A biosphere disaster waiting to happen

And yet I can go to the shops and buy garlic from China and other countries, take it home and plant it in my garden. 🤭

Was that your point?

I agree that Leticia Ware should get into trouble for smuggling garlic in, but I also wonder about the garlic sold in shops, how well that is checked. Yes it’s imported legally, but there’s so much of it, that it can’t be all checked. It might be presumed that it will be cooked and eaten, but some of this will be planted in people’s gardens without going through the normal quarantine that plants that are to be grown normally go through. That’s what I was indicating. It wasn’t a flippant comment. And even if the garlic is not planted, the off-cuts will often be disposed of in compost bins and still go into the garden.

Bet no one gets charged for smuggling brussel sprouts.

KB Pete keepin the crims of the street

No vampires hanging around