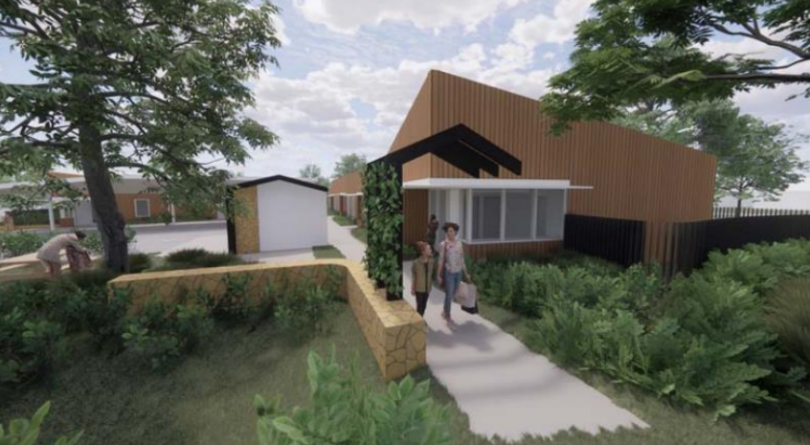 As a resident of Ainslie, I have been following with interest the progress of YWCA Canberra’s proposed YHomes build project.

If you are not aware of it, this build project will provide 10 homes to older women and women experiencing family violence on a block of land owned by YWCA Canberra on Rutherford Crescent.

A worrying statistic is that older women are the fastest growing cohort of homeless persons nationally, with domestic and family violence as a leading cause. But what does that look like in our city?

In addition, there were 466 presentations from women who were at imminent risk of homelessness, perhaps facing a looming tenancy termination in an impossibly competitive rental market, a relationship breakdown or financial crisis.

Women aged over 45 accounted for 12 per cent of the female client base and domestic and family violence was a feature in the lives of roughly half these women.

All up, 55 per cent of people who are homeless in our city are women.

While most of us might take this shocking data on board and ask how are we going to address this problem and then look at the objectives of this YWCA project with a sense of compassion, not all in our community do.

I was Director of the Australian Government’s National Housing Strategy under the then Prime Minister, Paul Keating in the early 1990s. In addressing housing affordability, the strategy focused on the bottom 40 per cent in the income distribution in housing stress.

Housing stress we defined as paying more than 30 per cent of income in rent. We noted that many families, including the homeless, were in housing distress but were hidden from official data and “caught in the underbelly of Australian housing”.

It was a different time, of course. Interest rates were astronomical so the ability to buy a home had national attention. But then the average annual income was typically about a third of the average loan size and purchasing rates among people aged 25-34 were high.

Presumably there are many of us now in our retirement and living in Ainslie who purchased our homes during this very different economic setting.

Fast forward to today and, on every measure, housing affordability has exponentially worsened. The loan size required to purchase an average priced house has outstripped wages to the point that the average wage accounts for one-tenth of the loan needed to buy an average priced house and, as we are seeing now, even those on relatively comfortable incomes are finding it extremely difficult to stump up the required 20 per cent deposit.

Among most Canberra renters housing costs as a proportion of income have remained relatively stable over the years but this is not the case for those in the lowest income quintile where housing costs are eating into more of the household income.

It is hard to imagine how a woman with no superannuation and no earning capacity or a woman who has left her partner because of family violence with little else other than her children and the clothes on their backs can survive in such a dire, miserable situation.

With spiralling housing costs, wage stagnation and a national focus on wealth creation through housing investment, the tsunami of older women who become homeless because they could not afford their housing costs when their husband died, or they were divorced and then turfed-out has well and truly arrived.

Many of these women are victims of an era when their earning capacity was curtailed by government policy and were often forced to abandon their work when they married or became pregnant or, because of needing to care for children, could only take on part-time work.

We cannot undo the errors of the past, but we can change how the story ends for these women and that begins by Canberrans welcoming this Y project and its future tenants.

In particular, I am hoping Ainslie residents will join me and other neighbours in welcoming these women and their children to our community.

Professor Meredith Edwards AM was Director of the National Housing Strategy from 1991-92. She has authored many policy papers and wrote a book, Social Policy, Public Policy: from problem to practice. She is currently Emeritus Professor at the University of Canberra and an Ainslie resident.

Ainslie Residents Association is opposing a 10 unit residential development proposed to built by the YWCA adjacent to Bill Pye Park in Rutherford Crescent Ainslie. The block is 1830 sqm and currently has a lease to provide a childcare centre and community activities centre. The YWCA proposes to demolish the existing community facility and build affordable accommodation for single low income women. The local group supports more social housing but also supports retaining community facility land for the broad community. We support the retaining and improving the existing building for its original purpose as an Early Learning Childcare Centre and Community Activity Centre. The Baker Gardens Preschool Ainslie is an identical site with the same lease purpose clause. There is a shortage of these sites in Canberra’s Inner North.

Thank you for this article Professor Edwards and your work in establishing affordable housing. As a longtime resident in one of the ‘old-old’ areas (albeit much of it as a young child and teenager), I still remember a much more diverse, interesting Ainslie than the one morphing in front of our eyes; A place where the owner-occupier residents generally understood the aesthetic and didn’t build McMansions on the (generally) large blocks.
This tendency – rather than the occasional government initiative to grant affordable housing to disadvantaged peoples (sometimes on ever-shrinking common land / ‘mini parks’ etc ) will eventually ruin the ‘Ainslie aesthetic’.
20% sounds pretty good Seafix but I think not too long ago it was much higher and should return there (btw, I didn’t live in such housing, but benefited from living near family and friends who were). Your average Ainslie resident took this diversity as a point of pride.
The ‘Salt and Pepper’ strategy should ensure (in case it isn’t already) that the inner suburbs receive the lion share of public housing eventually is resettled in the inner suburbs, lest the disadvantage of distance and time (to Eg get to work, child care, school, friends, family) is added to the lives of people least able to overcome it.
I live on the ‘dark side’ (inner South) now, and benefit from living near social housing occupants, ‘private’ owners, and private renters, all in a mix of small and large apartments, free-standing homes, townhouses, and some more exotic forms of housing by innovative architects. The populace unsurprisingly skews high socioeconomic but I’m worried about losing more of the social housing nearby (after Stuart flats was bulldozed). Life is very boring when everyone is too similar – Canberra / Australian suburbia has enough of that already.

The Professor provided a list of statistics about the inequality of income and wealth flowing to women and the market’s inability to provide affordable accommodation. I thought the opinion piece would then have been about addressing these issues.

The piece provides no evidence of housing policy or common sense that supports the building of a medium density residential unit development on community facility land. There are a number of ACT Government housing policies that don’t support this development including the policy about distributing social housing equitably across Canberra (‘salt and pepper policy’). The Government’s goal is for each Canberra suburb to have 15% social housing. Ainslie already has one of the highest proportions of social housing at almost 20%.

A particularly ‘progressive’ social housing policy outlines that social housing works best when it blends in and is not seen as different from the surrounding residences. Have a look at DA 202037848 containing the drawings of the proposal. It looks like an institution with 10 units and a carpark crammed onto 1800 square meters. Very innovative?

It’s certainly not common or financial sense to demolish an existing community facility when community facilities in the Inner North, including all Primary Schools, are significantly overcapacity. The Conservator of Flora and Fauna didn’t support the development.

The Professor was on the ACT Minister’s Affordable Housing Consultative Group that provided the framework for the 2019 Affordable Housing Innovation Fund. That Fund granted the YWCA $125,000 under a program called ‘Supportive Housing Project on Underutilised Community Facilities Land’. Couldn’t get a better fit. The YWCA decided that this community land was ‘underutilised’ without consulting the local community. This has seen an asset transfer to the YWCA valued in the millions.

How innovative will the Government be with the ‘change of use’ charge? Expect a sensational discount.

So we’re turning ourselves inside out to come up with a housing design that will be amenable to the needs of the victims of domestic violence. This is all very laudable as domestic violence is a cancer on our society. But why don’t we also seek to get to the nub of this highly confronting issue? Partner on partner violence represents criminal assault and should be treated as such. Therefore, not only should the perpetrator be charged accordingly, but, if convicted, should face serious jail time like any other criminal. There could be no greater protection for domestic violence victims than this level of protection from the presence and threat of a violent partner. But then, that really gets down to doing something serious about this issue as opposed to the current stance of of breast-beating lament by the author, various charities and other do-gooders . Oh and by the way Ms Edwards, in what way does disclosing the location of a refuge for victims of domestic violence protect such people from their violent partners? 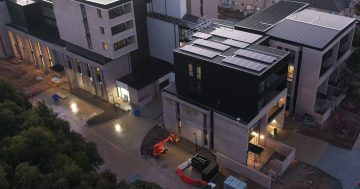