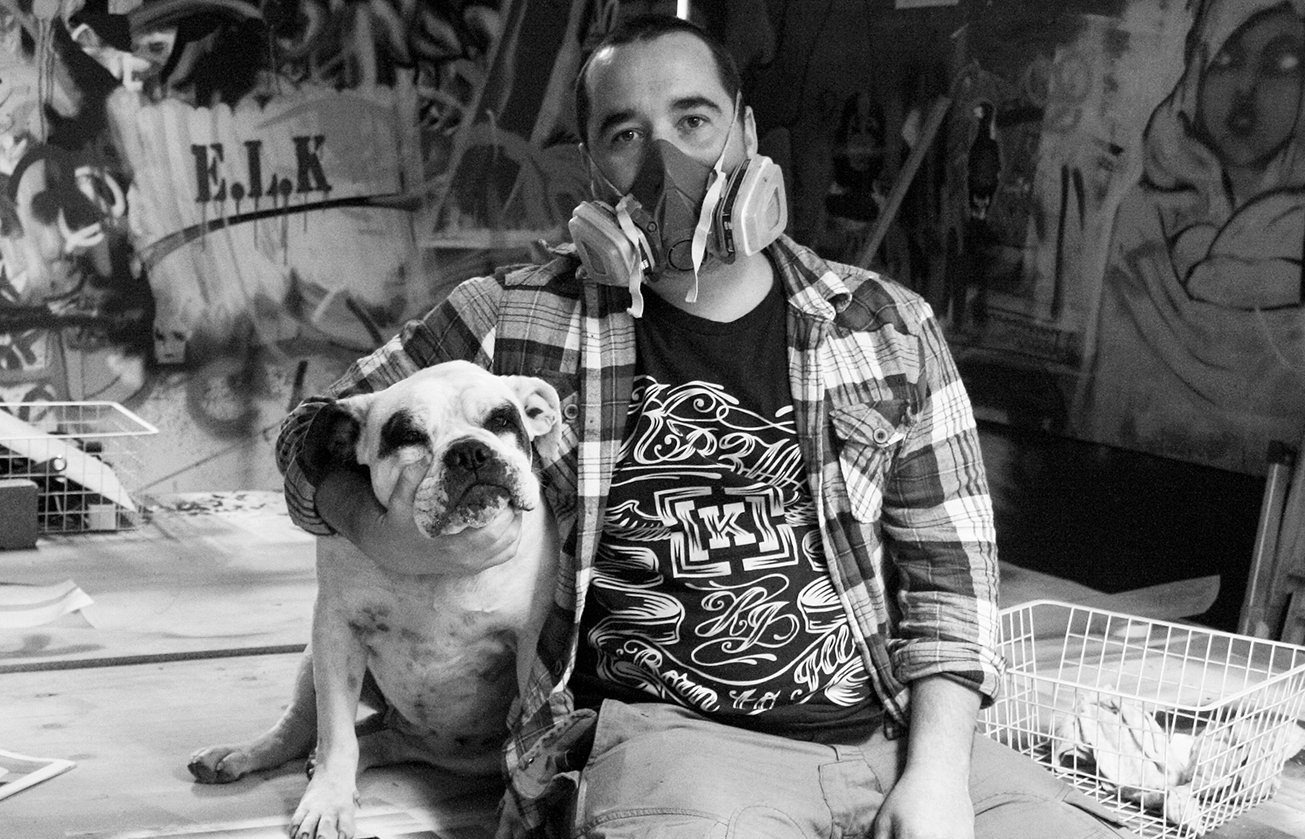 Canberra artist Luke Cornish (aka E.L.K.) first visited a war zone at the height of the Syrian conflict.

Inspired by legendary Australian war artist George Gittoes, he wanted to understand what life was like for people living in constant conflict and how art could make a difference to their lives.

“Life is what you make it and I guess I initially wanted to make it more interesting,” he says. “I was attracted to the idea of a conflict artist, but I soon realised there’s more to it than that.”

The stencil artist has an international reputation and is the first artist to be nominated for both the Archibald Prize and Sir John Sulman Prize. Earlier this year, he completed the large scale mural on the side of the Street Theatre in City West.

Luke is collaborating with not-for-profit organisation Art Aid on a fundraiser for Mahboba’s Promise, an Australian charity that works with Afghan women, children and widows in urgent need.

He is aiming to raise at least $20,000 and will give the charity 100 per cent of profits from limited edition print AFN from his 2020 series, Don’t Shoot the Messenger.

“The whole body of work on currency highlighted how governments care more about money than people,” says Luke.

The piece uses an Afghan banknote as the backdrop, stencilled with a woman in a full burqa to illustrate the tension between human rights, power and money.

When the work was made, the oppression of women by the Taliban in Afghanistan was a thing of the past. But as the country again fell to the extremists with remarkable speed, widespread concerns emerged about human rights, access to education, and the fate of high-profile women, including judges and journalists.

Luke, who has been to Syria three times, is no stranger to using his art to help worthy causes. He was instrumental in raising $40,000 for SOS Children’s Villages, a charity that provides humanitarian and developmental assistance to children in need.

He made plans to visit Afghanistan several times to work on projects with the Australian embassy, but was advised not to go at the last minute because of the danger. He’s also visited Iran and Lebanon, working with children to provide them with an escape from the trauma of war.

Welfare and human rights are enduring themes in his work, and his work on the ground in war zones has enabled him to connect with local communities, tell their stories and honour the memory of those lost in war.

“I fell in love with the Middle East, and the hospitality of the people,” says Luke. “We are conditioned to be afraid of these countries but I think the role of the artist is to step up and make positive change because governments don’t seem to do so.”

Art Aid invited Luke to collaborate with the organisation and gave it the opportunity to pick the charity of his choice. He says he’s been “blown away” by the response, and is well on his way to raising at least $20,000 for Mahboba’s Promise.

Luke Cornish’s ‘AFN’ print is available in three sizes from Art Aid, and is a one-off release that will be available until 31 August, 2021. For more information, visit here.

Full marks for raising funds for the Afghan people remaining in Afghanistan.

But let’s remember those unwillingly left behind in Kabul, because of Australia’s limited evacuation plans.

No, Minister Dutton – the Afghans are people with a well-founded fear of persecution. They are the very meaning of refugees: especially the Hazaras. Their families in Australia fear for their safety.

Ministers Andrews and Hawke: is there a special visa for them? Please.