How Canberrans can join in the War on Waste 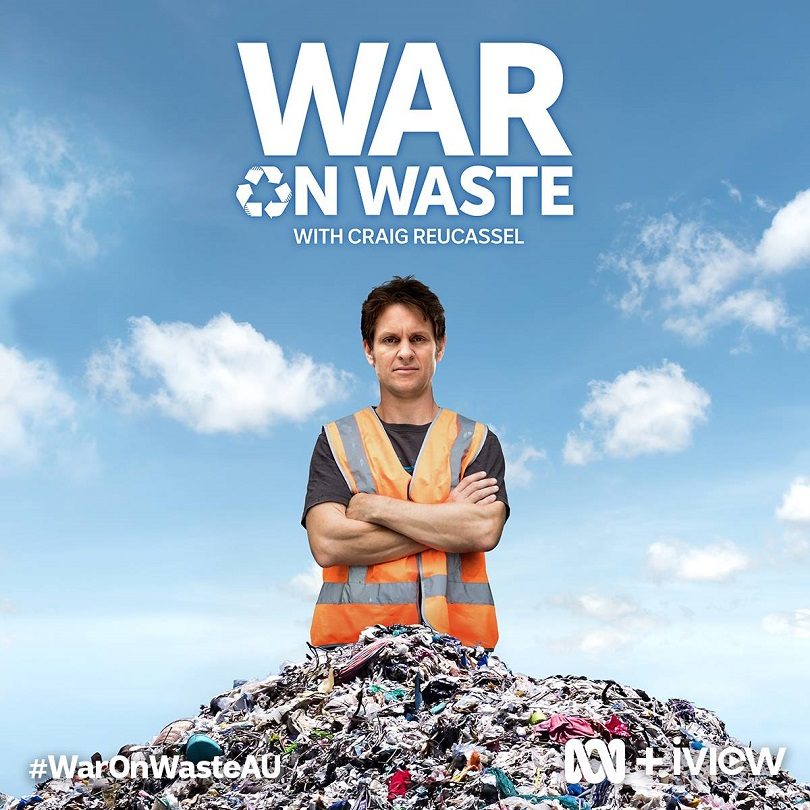 Like the rest of Australia, Canberra has been affected by the waste problem. Season one of the game-changing ABC TV series, War on Waste ignited a culture shift by showing Australians ways to reduce waste in their daily lives. The series furthermore received some inspiring outcomes by encouraging big businesses and politicians to rethink the waste issue. For instance, the ban on plastic bags in some parts of Australia and some of the major supermarkets can be attributed to the War on Waste.

The 2017 series reached 4.3 million viewers across Australia and produced one of the ABC’s most successful social media campaigns. It recently won a 2018 Logie Award for Most Outstanding Factual or Documentary Program and previously won an AACTA award the prestigious Gold Banksia Sustainability award. But the makers of the show know that we still have a long way to go before Australia becomes the fully sustainable nation that we deserve to be.

Season two of this monumental series will grace our screens at 8:30 pm, Tuesday, 24 July with presenter, Craig Reucassel bringing more of his fun and highly impactful shenanigans. Craig previously visited the Parliament House here in Canberra with a giant plastic ball made of plastic bags to encourage lawmakers to change policy on plastic use. In this new season, Craig will tackle new targets including straws, furniture waste, plastic bottles, e-waste, and also delve deeper into previous topics like the recycling crisis and food waste.

War on Waste Executive Producer Jodi Boylan talks here about Season 2 of War on Waste and what Canberrans can do to join in the movement.

RA: What’s the inspiration behind the War on Waste Season 2?

JB: As we’ve seen, the issue of waste is a looming environmental disaster but one that we can all do something about. Series 1 showed that by using humour amongst the shocking facts & public displays/stunts, we could all play a significant role in consolidating public opinion and add a resounding voice to calls for action in corporate and public policy. However, we knew there was much more we could do and so… The Battle Continues.

RA: What impact do you feel it will have on Canberra and the rest of the country?

JB: We hope that all Australians will join the War on Waste movement and implement some more changes to their daily lives: rise to the challenge of reducing their plastic footprint, start to bring their own water bottle, and say no to plastic straws wherever and whenever they can.

RA: What advice would you give Canberrans about managing waste in daily life and in general?

JB: Start with one small change and once that becomes a habit and your new normal, then add something else that will have an impact. Every little bit counts. Also, get a compost or worm farm and if you live in an apartment block demand for a food waste solution to be available for the residents. We have to stop food waste from going to landfill.

To join the War on Waste or get more info, go here.

Don't get a compost bin if you don't want to maintain it. If you live in or near Hackett you can contribute to The Hackett Compost Collective

Sophie Payne - get into it. I have heard you are a garbage recycler

Pretty rough ‘test’ Maya. Households of 4 or more people are going to have a lot more waste than single people.
No reason to be smug.

After watching the presenter’s antics on ABC’s Chaser some years ago it is difficult to take him seriously. The Chaser team insulted many public figures and I hope the security people at Parliament House gives him the bum’s rush when he turns up there again.

I would like to think that Canberrans, who arguably lead the way in Australia with waste control, do not want this clown to be lecturing us about a “War on Waste”.

@The_RiotACT @The_RiotACT
Exploitation of Working Holiday visa holders is still rife in regional Australia and Hannah Sparks says it should be stopped. https://t.co/0aX2diaLo0 (18 minutes ago)