How do you know if your news is fake? And what are you doing about it? 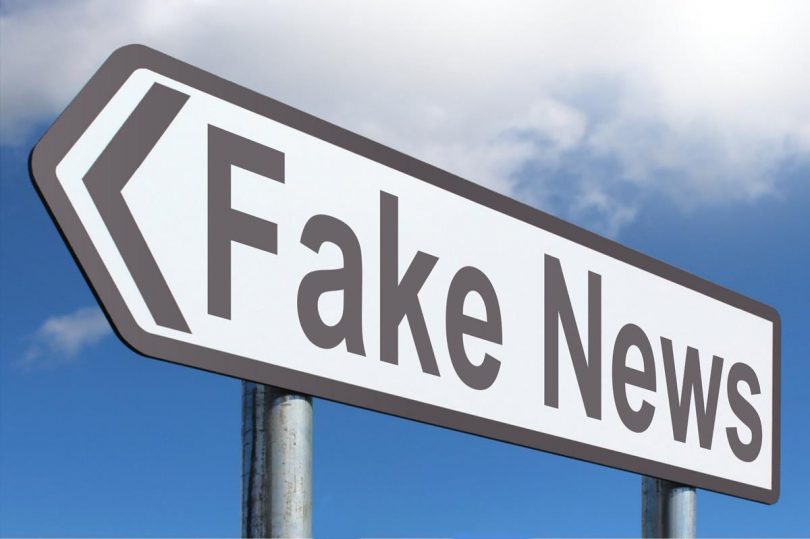 The University of Canberra says while most of us worry about fake news, fewer of us do anything about it.

A piece of completely startling news comes through on your smartphone, or your laptop. You scratch your head and wonder what on earth that is about. Is it even true? Or is it (drumroll, please…) fake news?

Most of us know that not everything we read is true, but according to the University of Canberra’s News and Media Research Centre, it turns out that not so many of us bother to consistently check the facts. In fact, only around a third of news consumers regularly do something so basic as cross-checking questionable facts with other trusted news outlets.

Dr Caroline Fisher heads the Digital News Report project and says this is the second year that their research has delved into fake news in some detail and tried to understand how people assess the truth or otherwise of what they’re reading. The report forms part of an international survey coordinated by the Reuters Institute for the Study of Journalism. The UC study is based on an online questionnaire with over 2000 respondents weighted for age, gender, region and for the first time, education.

“Last year we asked whether they were worried about fake news and what kinds they’d experienced, what the definition of fake news was,” she says. That survey showed that more than 70 per cent of respondents had experienced some kind of fake news. While they were most worried about outright lies and manipulations for political and commercial purposes, they were most likely to have encountered old-fashioned bad journalism: unchecked facts, unsupported assertions and unsourced content.

This year the Digital News Report asked people whether they were concerned about what’s true or false on the internet and what they were prepared to do about it. 62 per cent of respondents were worried about how unreliable their news sources were, and the study followed up by asking what actions respondents had taken as a consequence of those fears.

“We asked whether they had decided not to share a story, checked against a number of different sources, started relying on other sources that had a better reputation, stopped using poor sources, talked to someone else they trust about a story or stopped paying attention to news shared by someone they didn’t trust,” Dr Fisher says.

“Overwhelmingly, though, most people did none of those things.”

“On the one hand it’s good that a third of respondents engaged in verification of some kind, but two-thirds aren’t doing anything. And the research suggests that people who are engaging across multiple platforms and are educated, savvy, media consumers are much more likely to check whether something is true.”

Among other findings, the report also shows that concern about fake news is strongly linked to news avoidance and news fatigue: people who worry about the truth of online news are also very likely to say they feel worn out by news.

While older people are most likely to be worried by fake news, Dr Fisher says that actually, it’s Gen Z who do the most fact-checking. “They do rely on social media for their news, but their trust levels are dropping and they’re the most likely ones to take action on their concerns,” she says.

You can find the full Digital News report here.

How do you check whether your news is true or false?

For a long time reliable fact checking was the job of official news outlets such as the ABC and SBS. We became to reliant and find it hard to know where to fact check now. Or who to trust.

Most couldn't be bothered . Thats why we have the politicians we have

Well obviously you look it up via your search engine of choice. Your top hit should be the absolute truth ... right?

Fairfax especially election time wants us to vote more conservatively, Guardian left wing, and well News Corp (Sky and Daily Telegraph in particular) are absolutely the most biased media I have ever come across. It's Jihadi this, Welfare recipient that. Guess it gives Media Watch a good segment

Ryan Winefield - 4 minutes ago
Chris Olsen they need to bring back KIX 106fm "rock of the nineties" View
Julia Piccoli - 13 hours ago
TBH it’s all inane noise. The music. The ads. The ‘presenters’. They don’t value add to my life. Therefore audiobooks... View
News 21

Andrea Mya Riboust - 58 minutes ago
Matt the former I assure you 😄 View
The Martini Whisperer - 3 hours ago
Lucky they’re weren’t in Texas. View
HiddenDragon - 5 hours ago
So the Big Merino will be the command HQ for Gilead Down Under - and they said it couldn't happen here......... View
Food & Wine 12

Sam McCracken - 4 hours ago
Lea Powell agree to disagree then. We clearly see this from 2 different points of view, but if you re-read your comments you... View
HiddenDragon - 6 hours ago
Based on some of the apparently well-informed comments here about ACT public housing policies, it is truly fascinating to see... View
Lea Powell - 9 hours ago
Alicia Boardman exactly! View
Opinion 12

Fake, fatigued and fed up: what we really think about COVID-19 coverage

Do you need a hand with food and basic supplies? Here’s how to get help