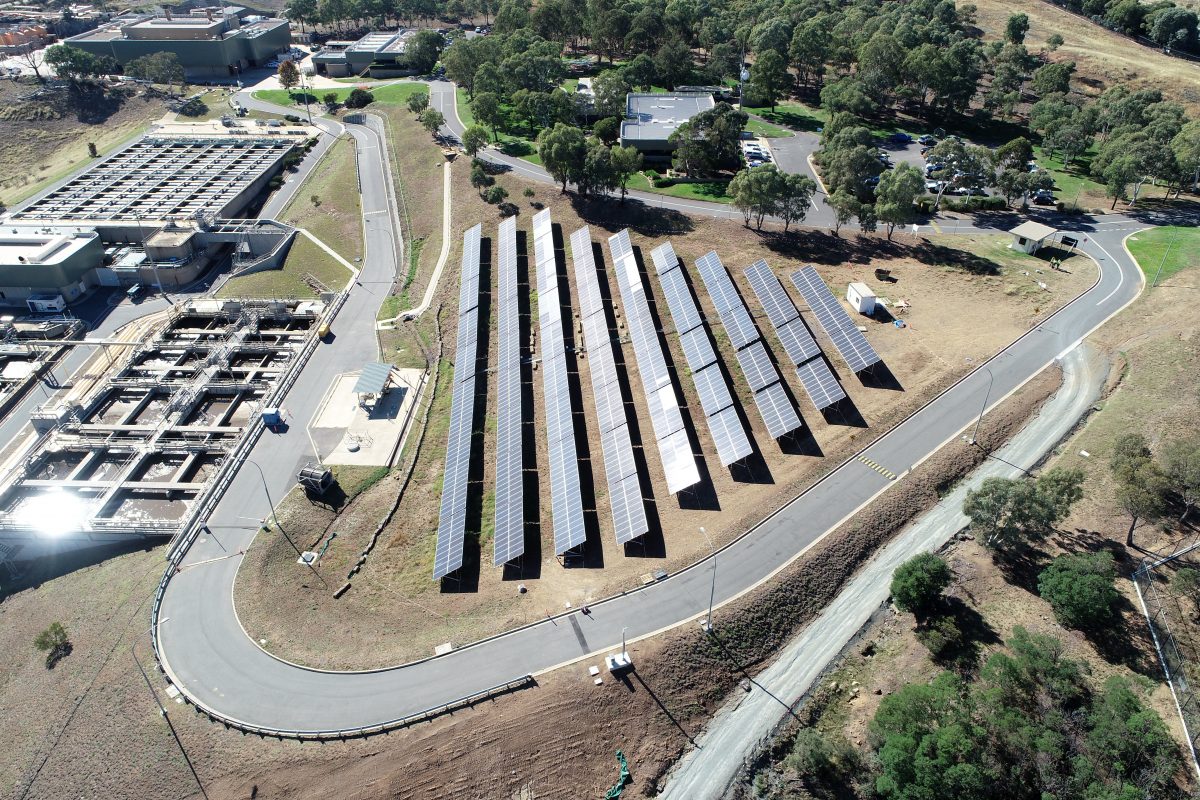 Icon Water has reduced its greenhouse gas emissions by 50 per cent through a range of initiatives including solar installations – but there are plenty more cuts to come. Photo: Icon Water.

Icon Water has released its eMission Possible Plan, detailing a strategy to reduce its carbon emissions to net zero by 2045.

The plan was released on World Environment Day (Sunday, 5 June) as part of its commitment to the United Nations Race to Net Zero campaign.

“This is an area of significant focus the world over; I think it’s safe to say everyone is aware there is some urgency and we need to move now to meet our goals,” she said.

“The race to net zero was one of the key areas of discussions we’ve had with the community. Most Canberrans who participated in the forum supported our net zero target and wanted us to be an innovator in this space.”

Icon Water environment and sustainability manager Benjamin Bryant said it was a role the company was ready to take on.

“As a water utility provider, much of what we do relies on our environment being clean and healthy. We have always been invested in developing ways to reduce our environmental footprint,” he said.

“This plan puts in place a pathway that focuses on tackling our carbon footprint and supports our commitment to the United Nations Sustainable Development Goals and Race to Zero.”

“We’ve already met many of the interim targets thanks to the ACT Government’s renewable energy policy,” he said. 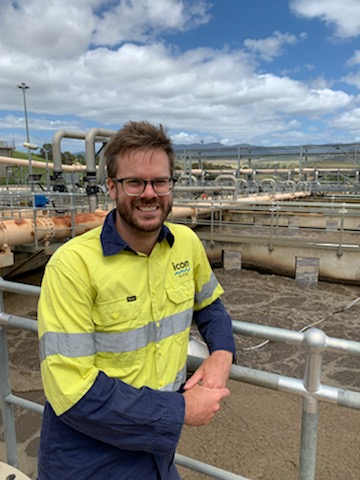 Since 1990, the company has halved its greenhouse gas emissions through a combination of hydro and solar installations and energy initiatives, buoyed by the ACT achieving 100 per cent renewable electricity.

Part of this involved generating carbon insets (credit) through projects including the reforestation of almost 800 hectares of land in NSW with native plantings.

But Joel said there was little time to rest.

“In 2021 Icon Water was generating a little over one per cent of the ACT’s total emissions,” he said.

“It may sound small, but that’s not an insignificant amount in the grand scheme. So there are plenty of opportunities to make a very real impact.”

Joel said its wastewater treatment activities represented a major proportion of its emissions – a key challenge for the water industry.

“We’re now setting our sights on those more recalcitrant emissions inherent to the industry,” he said.

“Now that we’re monitoring and collecting data, rather than relying on generic equations, that puts us in good stead to manage and reduce our emissions by implementing new technology and innovations.”

To better understand the fugitive nitrous oxide and methane gases that contribute to almost 70 per cent of Icon Water’s wastewater emissions, the company is collaborating with the University of Queensland and peer utilities to improve data collection. 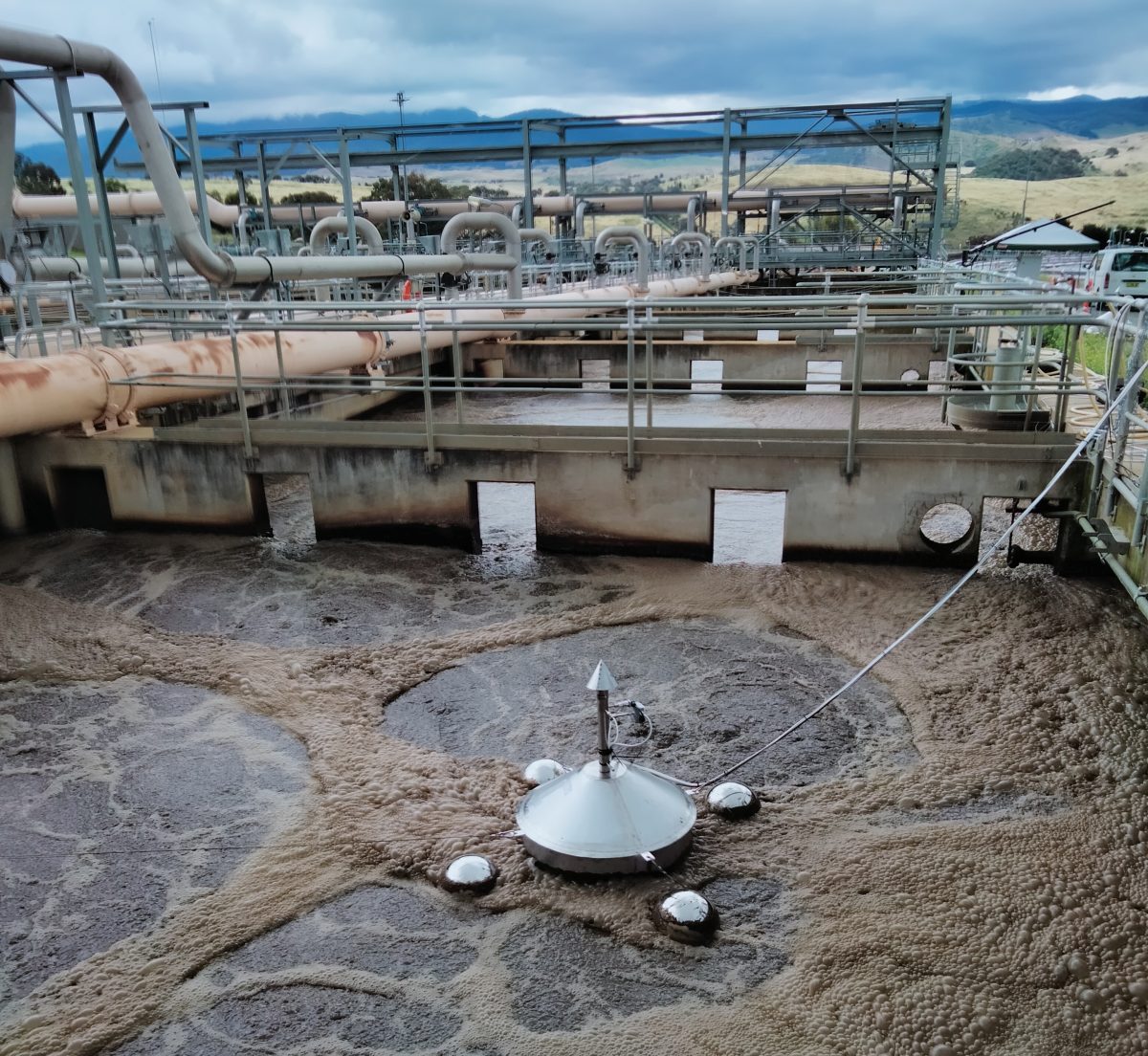 The company will also focus on “greening” its NSW electricity use and switching to zero emission vehicles before offsetting residual greenhouse gas emissions.

Weighing up the economic cost of each feasible option, it identified the best decarbonising options to prioritise.

Davina said the company was now ready to crack on with the first iteration of the pathway.

“There are some challenges ahead, problems to be solved, and we know the technology will evolve and we will need to adapt to stay on track. But we’re committed because ultimately, this is about the legacy the industry leaves behind.”

I don’t recall being consulted about this.

Once again, I’m a Canberran and I am NOT behind taxpayer funded virtue signaling and climate-crisis action symbolism.

ICON cannot even find my garden pathway to read my water meter correctly let alone “crack on with the first iteration of the pathway to decarbonisation” .

Vote for Zed then.

CR, where on earth did you get the notion that any of this would be “taxpayer funded”? They are a company that gets their money from water bills, nothing to do with government taxes.

And if you want to get involved to have your say in things like this, why don’t you contact the company directly? Or do you think they need to talk to every single person in town first?

Also why are they using NSW Forrest plantings when we have all the hectares of area burnt in 2003 fires to be rehabilitated? Stop being lazy and do something in the ACT instead of virtue signalling with easy access NSW commercial plantings. Spend our rates here not in NSW.

Steven, I would presume it’s because the Googong dam and treatment plant are in NSW.

As a customer of Icon (which of course is a CBR monopoly), IF I had any choice surely I would take my business elsewhere.
Your self-congratulatory “Net Zero” target to be achieved by 2045 is simply NOT soon enough, Icon. 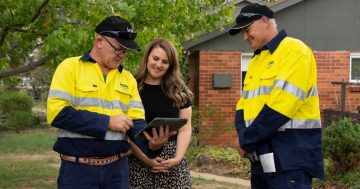 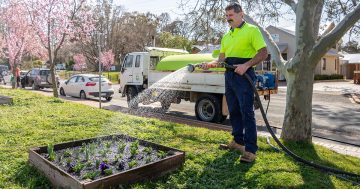