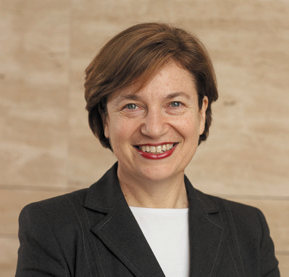 ANU has announced that former Mallesons partner Ilana Atlas will be deputising for Gareth Evans in the role of Pro-Chancellor.

Ms Atlas has extensive experience in business and has held executive and non-executive roles across a number of industry sectors. She has served on the University Council since July 2004. She takes over from The Honourable Justice Annabelle Bennett, who steps down after 13 years as Pro-Chancellor.

Ms Atlas was a practising lawyer for 22 years and is a former partner of the legal firm Mallesons Stephens Jaques. She brings extensive industry and business experience to the role. She is on the Board of Directors of Suncorp Group Limited, Coca-Cola Amatil Pty Limited and Westfield Holdings Limited as well as being Chair of the Bell Shakespeare Company. Between 2000 and 2010, Ms Atlas held senior executive roles within Westpac Banking Corporation where her responsibilities included human resources, corporate affairs and sustainability.

A strong advocate for women to occupy senior executive positions, Ms Atlas has been a member of Chief Executive Women since 2005.

Mark J Avery - 25 minutes ago
Try working next door to this dumping ground!! View
Roger Kropman - 4 hours ago
This is a disgrace but it reinforces the point that rubbish dumps / tips should be free to dump your trash, otherwise idiots... View
Nick Savino - 8 hours ago
CCTV and fine View
News 14

nobody - 58 minutes ago
JC, I haven’t said we shouldn’t change, I think the subsidised change to roof-top solar, with the numerous small inverter... View
Ol L - 1 hour ago
I foresee a further rise in electricity costs….. View
Bill Gemmell - 2 hours ago
The intention is a noble one. By capturing the excess daytime renewable energy pumped into the system we then have available,... View
News 22

@The_RiotACT @The_RiotACT
Snapper at the Canberra Southern Cross Yacht Club is getting a makeover. Check out the plans https://t.co/Ul1f9X7YUR (23 minutes ago)