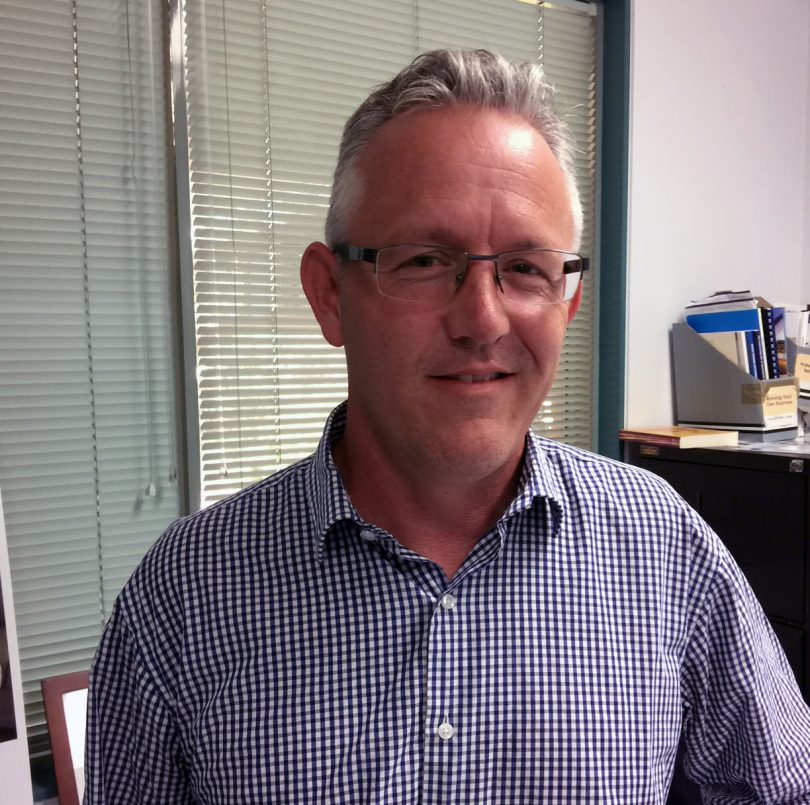 The man likely to be the ACT’s next Senator, David Smith. Photo: Tim Benson.

The way has been left open for former Senator Katy Gallagher to re-enter Parliament, possibly through the new central seat in the ACT, after the High Court found against her in her dual citizenship case.

But the man who will likely replace her in the Senate, the ACT Director of Professions Australia, David Smith said he was ready to step up and be a strong representative for the ACT, not just as a seat warmer.

RiotACT's News Director, Ian Bushnell, speaks with Dave Smith, the No 2 candidate on the ALP’s 2016 Senate ticket, immediately after the High Court's decision to rule Katy Gallagher ineligible to be a Senator for the ACT and declaring the position vacant. A recount of votes has been ordered, and it is highly probable that Mr Smith will become the next Senator for the ACT. http://ow.ly/iXjv30jU9CK

The High Court found Ms Gallagher was ineligible to sit in the Senate because she had not taken sufficient and timely steps to renounce her British citizenship, a decision that is likely to affect other sitting Labor members and spark by-elections.

Opposition Leader Bill Shorten said the decision was a loss for to the Senate and for Labor and that she was a key part of Labor’s Senate leadership team.

“She is too good to lose from public life – and I know we won’t lose her. Katy has a lot more to contribute to Labor and to Australia,” he said.

Ms Gallagher said she was very disappointed by the outcome but she respected the decision of the Court.

“I have always acted on the best available legal advice, which at all times, indicated that I satisfied the eligibility requirements under the Constitution. However, today the High Court has made its decision, and I respect the outcome,” she said.

“To the people of the ACT, I’m very sorry that this disruption has occurred to one of your federal representatives. To have my place in the Senate end like this today is very deeply disappointing but I believe that I have more to contribute to public life and I will take the time to talk with Labor Party members on how I can do this over the months ahead.”

Mr Smith said while it was disappointing for Ms Gallagher, who had served the ACT well, and that it would have implications for other sitting Labor members, the most import challenge from his point of view was to ensure the people of Canberra had strong and effective representation.

He was ready to step up and ensure that, rejecting any suggestion that he would be a seat warmer, with a Federal election able to be called any time after August. 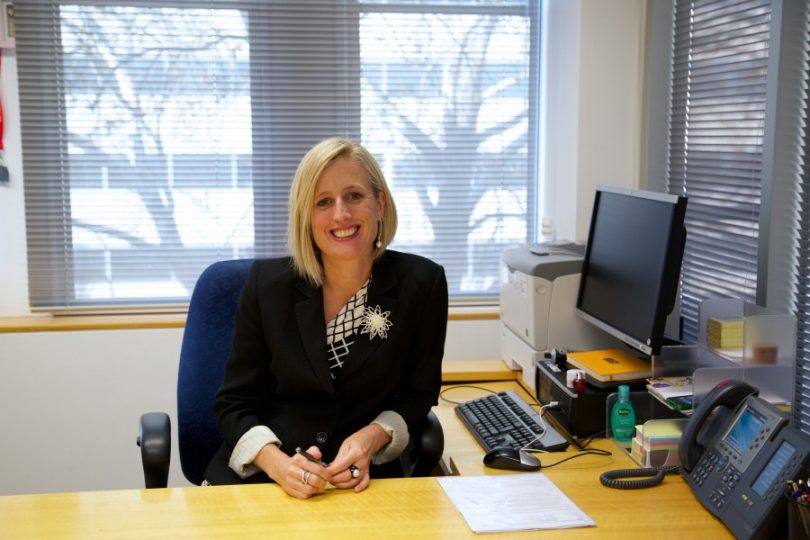 He said the creation of the third seat in the ACT provided a way back and the trio of Gai Brodtmann, Andrew Leigh and Ms Gallagher would be a formidable team.

With a strong industrial relations background, Mr Smith said he would advocate for changes to workplace rules that were impacting adversely on people and in Canberra that meant particularly the Public Service, although he was quick to stress that half the PS workforce is outside of the national capital.

He said public service job cuts flowing from the Budget did not make sense, particularly in Defence – a pet area of his.

“What I can’t understand is how you can cut another 1000 jobs from Defence and how that’s good for national security,” he said.

“We’ve already got an over-reliance on contractors and consultants, and the cost of that is to the detriment of the Australian people.”

He said his members in Defence were frustrated by the Government’s approach.

“The age profile is shocking, they haven’t invested in the next generation of scientists and engineers,” he said.

Mr Smith said there was a lot of money being spent but questioned where it was going.

“Dig, dig, dig – that’s some of the work I’ll be doing potentially in the months ahead,” he said.

He said the job cuts at the Human Services, the National Archives and National Library showed Canberra had some real challenges.

“It’s extraordinary – these are institutions that in another western democracy like the US or UK would be celebrated by the government of the day. They would not be attacked in the way they are,” he said.

The High Court’s decision can be found here.

Can we have Katie back as Chief Minister please?

You mean Katie Carnell I hope.

Adam Cass - 4 minutes ago
Trying to save face is very different from engaging with constituents Tara. You’re a Minister now, not a blogger. A good wa... View
Tara Cheyne MLA - 25 minutes ago
You don't have to engage with me if you don't want to Adam, but engaging with people is actually part of my job - and doing i... View
Tara Cheyne MLA - 27 minutes ago
Jenny Graves NSW residents who signed up then spent their money and our voucher in ACT businesses, supporting our residents.... View
News 164

nobody - 2 hours ago
Great news, well done. View
switch - 4 hours ago
I think they mean Delta Myna major pest. View
Capital Retro - 5 hours ago
What a ripper of a headline. View
Courts & Crime 1

Julie Macklin - 3 hours ago
Flannelette shirt. That's all I have known them called and what I have always called them. Never hard of the other words befo... View
Brisal - 5 hours ago
Define "Northern Tuggeranong". Most suburbs have their small shopping centre with a Supabarn or IGA or similar, within short... View
Tony Jim - 5 hours ago
Flanno for sure. BCF have the best and warmest View
Property 2

consumeradvocatecanberra - 3 hours ago
Hmm, what a great place for a satellite city for Queanbeyan or even Canberra (thinking Oaks Estate-perhaps not workable) but... View
MERC600 - 3 hours ago
It's been quite a while since I wandered into the Captains Flat local. Back then they were only using one corner of the place... View
Business 10

qbnperson - 5 hours ago
And don't forget the Blackberry bushes, ACT is no longer the bush capital! It is now the Blackberry capital of Australia full... View
qbnperson - 5 hours ago
I've always considered Queanbeyan - Best kept secret in ACT. So stop talking about it, we already have too many ACT number pl... View
show more show less
*Results are based on activity within last 7 days

A Supreme Court jury has found Hayden Smedley, 21, not guilty of having sex with a woman without her consent....
Community 51

@The_RiotACT @The_RiotACT
E-scooters could soon be on their way to Mitchell and Gungahlin after a motion was passed in the Legislative Assembly approving the expansion of the scheme https://t.co/nOkxUWWgdh (2 hours ago)

@The_RiotACT @The_RiotACT
Have you been speeding through the new 40 km/h zones in the city? Be warned, the grace period is coming to an end https://t.co/aczSVdQdXZ (2 hours ago)

@The_RiotACT @The_RiotACT
The ACT's speed-camera network will be reviewed after a leap-year glitch resulted in a ticket being successfully challenged in court https://t.co/bsoWJaQVHv (3 hours ago)