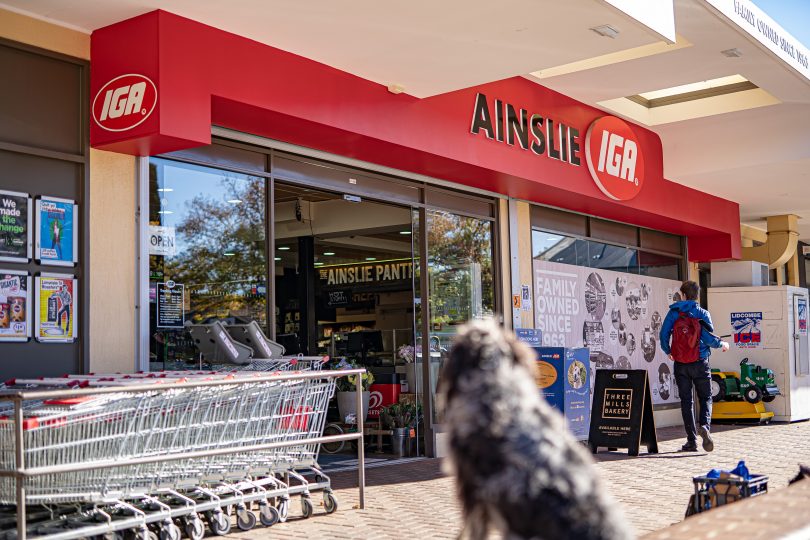 Dejan Santrac has worked around fruit and vegetables since he was 14 years old. Twenty years later and he’s now the produce manager at Ainslie IGA and can’t remember when prices have been so high for so long.

“There might be a bad week when there’s bit too much rain in Queensland and Victoria, but it has now been months of this,” he says.

Relentless wet weather, COVID-19 restrictions and high fuel prices have created a perfect storm for fruit and vegetable growers across the nation. And although the worst may be over, the news remains grim.

READ ALSO Lettuce reassure you, the worst is almost over

Coles says there is an abundance of avocados, pears, oranges, kiwi fruit, onions, carrots and potatoes, but other items remain in “restricted supply”.

For Dejan at Ainslie, it’s everything fruit and veggie, except for Lebanese cucumbers, red capsicums and strawberries.

“Basically, all the veggie lines and leafy mixes have been affected by floods, COVID-19, staffing issues, picking issues, shortage of raw packaging materials, and higher freight expenses,” he says.

“The prices always fluctuate but, for example, sometimes I pay $8 per kilo for beans – now that’s $30.” 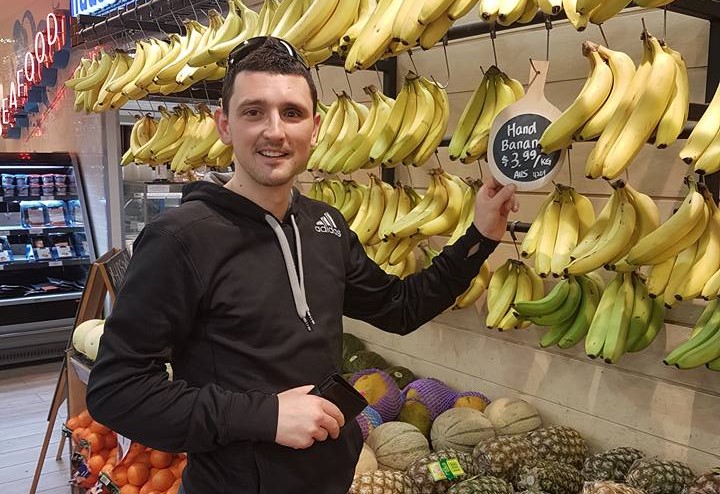 Dejan Santrac has been a grocer for 20 years and is now produce manager at Ainslie IGA. Photo: Dejan Santrac.

Economies of scale mean that many smaller grocery stores have had to drop products rather than risk customers baulking at the prices.

“We can’t run with our usual profit margin,” Dejan says.

“We want to be sure we can sell the veggies and not have to chuck them out. You could lose a lot of money very quickly if it’s not managed properly.”

During the raging shortage of iceberg lettuce a few weeks ago – when even fast-food giant KFC announced it would blend lettuce with caggage on its burgers – Dejan withdrew it from his shelves.

“I felt that $10 for a head of iceberg lettuce was too criminal; at least until the following week or two, when beans and broccoli also shot up in price and the lettuce didn’t look so outrageous anymore,” he says.

“We’re now just keeping all these lines ticking over.”

It isn’t just the stores either.

“My truck drivers have told me that if they’re coming down from Sydney with half a load, they’re not making money.”

He says the only other time prices were this high was soon after COVID-19 arrived in Australia in 2020, when panic buyers emptied shelves across the world.

“Outside of that, I’ve never seen prices like this,” he says. 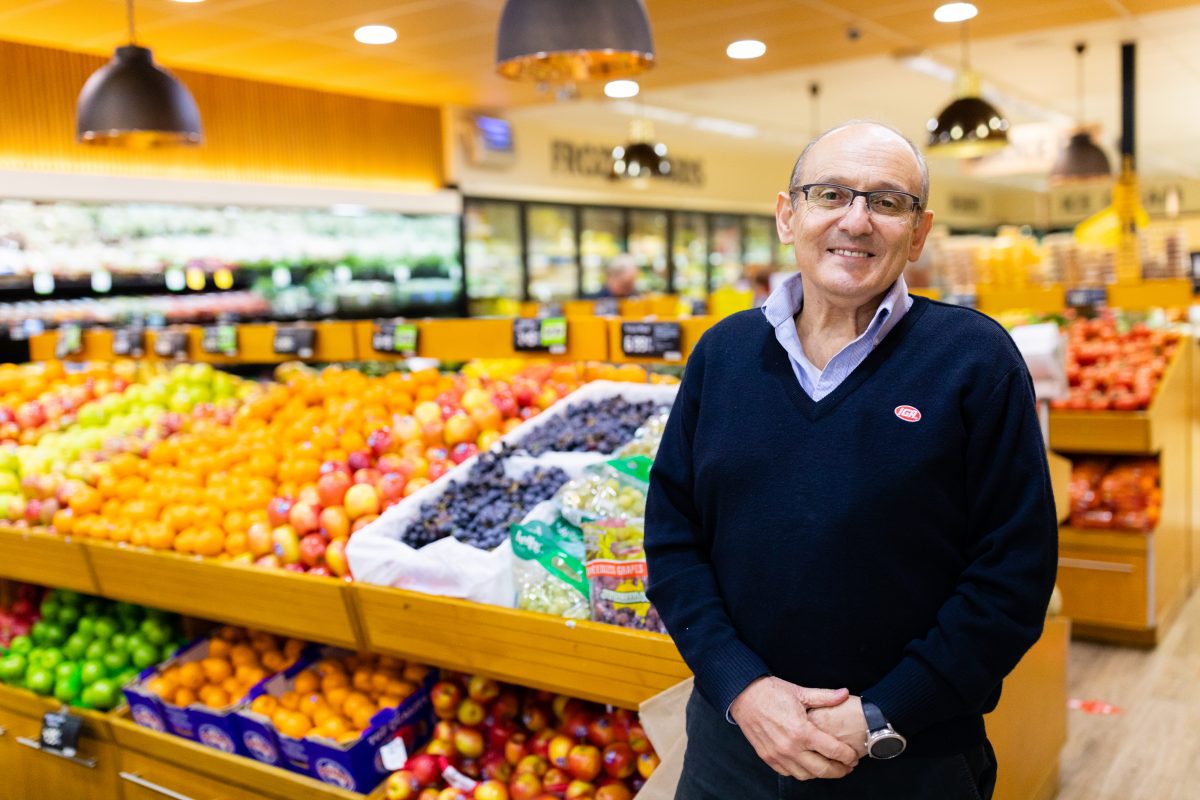 The Ainslie IGA has been in owner Manuel Xyrakis’s family for 57 years. Photo: Daniella Jukic – We Are Found.

“The only other time would be during the banana crisis a few years ago when Queensland’s crops were destroyed by a cyclone and prices leapt up to more than $100 a box. That took nearly 12 months to go back to normal.”

Despite a thriving local market scene and an increasing number of community gardens, the ACT is reliant on food produced elsewhere. An estimated 90 per cent of our leafy greens and fruits alone come from the Sydney region.

There are backyard gardens, a growing number of community gardens and urban farms producing veggies, seedlings and eggs, with more truffles and olives on the way. But dedicated agricultural land only occupies about 15 per cent of the ACT, and this will likely shrink as Canberra’s population grows. The weather and relatively short growing season also aren’t ideal.

The ACT Government is developing a Capital Food and Fibre Strategy to work out ways to address these issues and build more local food security.

Dejan says his supply needs are getting met, but the prices have held high and “that’s concerning”.

Some items are coming back and some prices are going down, but nothing is exactly cheap yet.

“There are still ways to fill the kid’s lunch box, but if you want to make a healthy stir fry at home, you’re looking at $40 per kilogram of snow peas and $30 for beans,” he says.

He isn’t certain there’s a clear end in sight.

Yes truth because floods in Queensland, same as bananas 10 years ago ,but any on does anyone see price on petrol ,that price will never go lower

The farmers are also missing out too. The big supermarkets are not paying enough money to farmers. A few cents more a litre is not going to break the bank.

Yes and they will go higher and higher if the farmers have anything to do with it… after reading about potato farmers saying ‘pay us more or we stop growing the potatoes’… sorry but I will not give to fire, drought or flood struck farmers again… I thought we were meant to be in this together, not using blackmail on each other. If the large stores are responsible then it is time our pollies did something, if it is greedy farmers who are pushing this barrow then they will cause themselves more grief than good with these tactics… I am done with giving assistance or sympathy to them.

Apparently there’s a glut of avocados, so start eating them.
https://www.theguardian.com/food/2022/may/10/smashed-avocados-fruit-dumped-in-queensland-amid-bumper-harvest-and-rising-transport-costs

I’m away at present, but until I went away, most of my vegetables came from the garden. I left many containers of frozen green beans in the fridge. I have other stored vegetables and fruit for when I get back. Hopefully by then I will have baby lettuces coming up, as happens each year, because I let some go to seed. I left nice lettuces still in the garden, which the person who is looking after the place is now enjoying. For those in houses, get more independent in your food.

You are spot on. The only think that has kept Australia afloat is excessive government spending being included in GDP. This may have kept our “precious” AAA credit rating but it has cost us over a trillion dollars in the past 10 years.

Because Australia can’t manufacture anything substantial anymore (lack of cheap, reliable energy) we will never be able to trade our way out of debt.

It’s not sustainable. I have a survival plan, do you?

But at least we got the vaccines free for each and every time. Aren’t we lucky? The money went to the right cause. Or?

You should give the reasoning behind that for your mindset on that, as the vaccines were necessary. Otherwise people will presume you are an anti-vaxxer and dismiss it.

Yay. Government working to solve a problem caused by government. And people will praise them for it.