In its 50th year, the Botanic Gardens sees green shoots despite COVID-19 shutdown 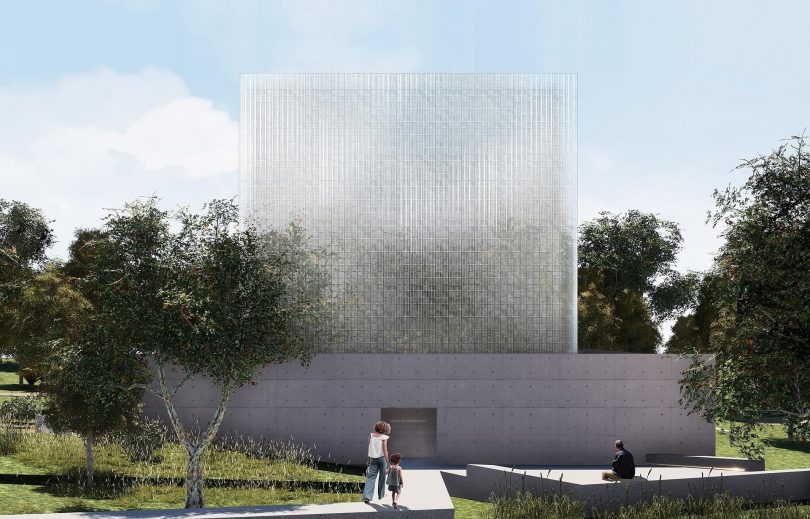 An artist’s impression of the new Conservatory in the Australian National Botanic Gardens. Photo: Supplied.

The Ian Potter National Conservatory, which is set to showcase both national and international exotic plant species in the National Botanic Gardens, has officially opened for tenders.

The project is also known as the ‘Hovering Cube’ – so named due to its shape.

The $9 million Conservatory will feature tropical plants from places like Kakadu National Park, the Queensland Wet Tropics and Christmas Island, and will also operate as a world-class research facility for rare and threatened Australian tropical plants.

Director of the Botanic Gardens Judy West says the Conservatory will help bring in tourists and show off extravagant plant species that the gardens have not been able to cultivate.

“The Conservatory gives us a whole different aspect to show [Australia’s] tropical plants that we do not have as much of [in the gardens] because we mainly have native species,” she told Region Media.

“We are trying to go for species that are pretty spectacular and can bring people into a totally different place.

“And, of course, the architecture is an attraction in itself.”

Named after Australian philanthropist whose foundation provided a $1.5 million grant to the project – the largest donation ever in the garden’s 50-year history – the central gallery is projected to entertain around half a million visitors a year, Federal Environment Minister Sussan Ley said.

The central gallery will replicate tropical rainforests and let the public immerse themselves in the sights and scents of unique Australian environments which would otherwise remain thousands of kilometres away.

“Numerous plants have already been collected and propagated in preparation for the construction of the Conservatory with some species never having been cultivated or displayed to the public before,” Ms Ley said.

“The Conservatory will allow the Australian National Botanic Gardens to increase the number and diversity of Australian plants on display in its unique living collection of thousands of native plant species.

“It will also provide a safe haven for numerous threatened species into the future.” 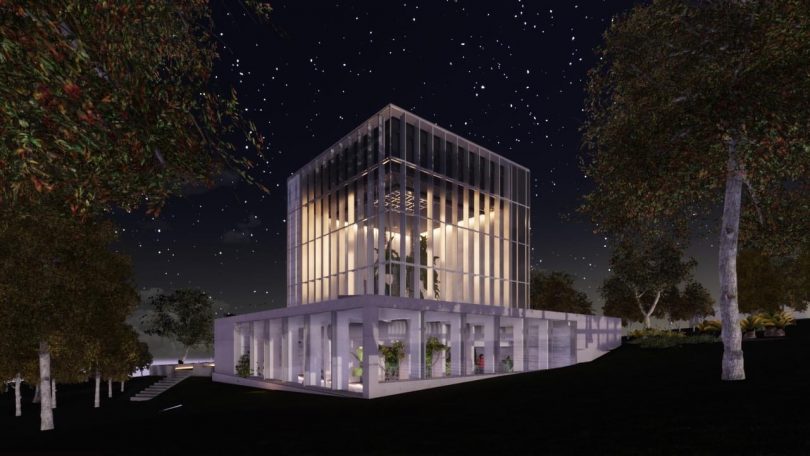 An artist’s impression of the new Conservatory in the Australian National Botanic Gardens. Photo: Supplied.

The Botanic Gardens is celebrating its 50th anniversary this year. The gardens opened its doors to the public in 1970 but will, unfortunately, have to wait a little longer to celebrate with the public as the gardens remain closed until at least 18 June.

Physical distancing and isolation regulations mean the gardens are operating on a skeleton crew of 18 people, rostered across seven days. Some horticulturalists are working from home on garden section plans to update displays and identify which plants may be under threat or have to be swapped or moved.

The education building and conference buildings are also being upgraded and construction for the Hovering Cube is scheduled to start in late 2020 for a 2022 opening.

Ms West hopes the upgrades will draw crowds back to the gardens when they reopen after a year of extended shutdowns which are putting financial pressures on the gardens.

“Before Christmas and early January we were closed because of the temperature and the smoke, and then with the hail we were closed again, so this is the third time we have had a long period of closure,” she said.

“Our main revenue is parking so it looks like we are losing more than $250,000 at the moment and it will be more.”

However, in light of the bad situation, the staff are still looking for a silver lining to keep spirits high.

Can you tell we are excited?Watch to find out about more of the plants that will be on display!The outstanding design and functionality of the new Ian Potter National Conservatory will provide a place to display and grow tropical plants. It will be the only Conservatory in the world comprised entirely of Australian tropical plants.Visit Canberra

All the men are growing their beards until it reopens while the women are having a crazy hair competition as the hairdressers are banned for the same period of time.

The winner is set to be picked by Australia’s favourite gardener Costa Georgiadis (who would be competitive in both fields).

The expression of interest process will preselect a group of companies to undertake a request for tender process to decide the winning contractor to construct the Conservatory.

More information about the expression of interest process can be found on the AusTender website. Tenders close on 4 May 2020. 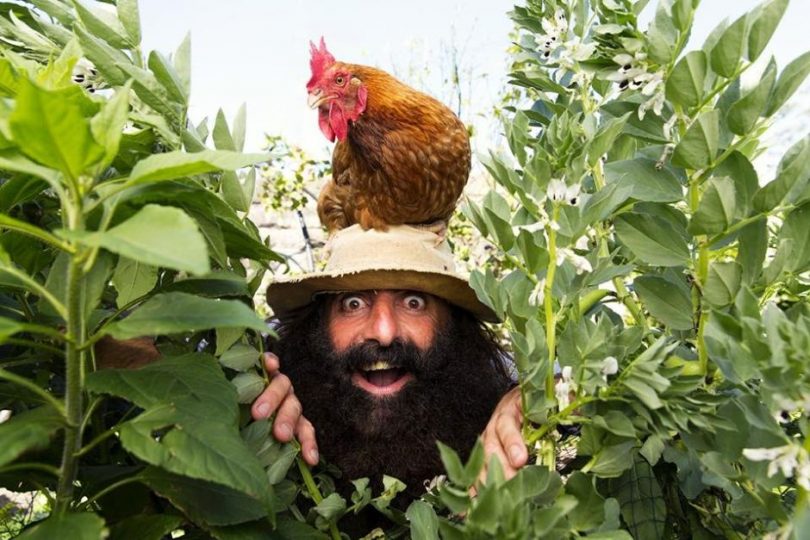 Australia’s favourite gardener Costa Georgiadis will help get the gardens back on track after the shutdown. Photo: ABC.

Build it in Minecraft!

Hopefully we get to visit one day

Peter Higgins - 1 minute ago
Erik Christenson let’s hope Aussies are more sensible and don’t let this ideology get a toe-hold down here View
Erik Christenson - 6 minutes ago
Peter Higgins sad days. View
steve2020 - 20 minutes ago
I agree with the notion that black and white is an American import. It's narrow minded and has become divisive with identity... View
News 3

yellowredme - 22 minutes ago
What makes this company think Canberra wants drones? They have ads on Facebook for gelato and banana bread delivery, along wi... View
Andrea Wild - 3 hours ago
Ian Bushnell, it's interesting that you call Wing's approach "softly-softly". I'd call it sneaky-sneaky. Why wouldn't they te... View
Property 8

Elroy Jones - 45 minutes ago
Kate Tricks it is exactly what we need. Why do you think houses are so bloody expensive here?? Because there aren’t enough! View
JC - 1 hour ago
Attractiveness is in the eye of the beholder. I often wonder how an ugly mug like me found a good gorgeous wife, turns out th... View
54-11 - 4 hours ago
I've been to 2nd and 3rd world countries where people are living cheek by jowl, and they can design some very attractive buil... View
Property 4