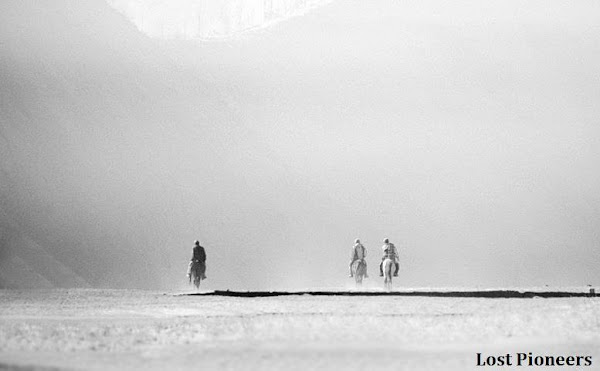 Local alternative rockers Lost Pioneers have been in touch to introduce themselves with this note:

We are a new Canberra band called Lost Pioneers, and thought it would be cool to just let you know about our first single. It’s called “Glazed”, and we released it on Monday, and already we have had positive reception. Its a free download. You can check it out here:

More about us, we are all in our early twenties, we consist of two brothers ( who go to ANU), and two friends, and we have known each other since we were kids. We grew up on a diet of alternative music in the 1990’s, and we are trying to build on our influences and continue the evolution of music. Hopefully that raw energy can be seen in our music. Its early days yet.
Cheers, thanks for your time
Lost Pioneers

I quite like it, you can give it a listen here:

Kristine Evans - 8 hours ago
Andrew Barr Then you need to let parents into schools before this happens. View
Christopher Marlowe - 10 hours ago
Jenna Vdv that's why HECS/HELP exists View
Rod Phillips - 11 hours ago
I'd like to see a bit more planning and less guessing all round! We've seen the impact of poor quarantine procedures through... View
Opinion 7

dolphin - 11 hours ago
its not hard jwinston, just look at the libs and you understand why. they are just too socially conservative for most of us.... View
HiddenDragon - 12 hours ago
"....The question now is making it work and be accessible to as many Canberrans as possible..." No, Zed, the question is and... View
ChrisinTurner - 15 hours ago
A contribution of less than 1% towards the LR network won't go far. However this amount would be against the advice of Infras... View
News 2

HiddenDragon - 12 hours ago
This monstrosity will entail major and protracted disruptions to traffic, which won't help what already looks like a struggli... View
News 6

bryansworld - 19 hours ago
However, this would create a signal for new suppliers to enter the market and undercut the original ones who are trying to go... View
keek - 20 hours ago
Great way to ensure the prices of these things all rise very sharply once suppliers know there is an easy 15 grand in it for... View
Food & Wine 2

Ol L - 21 hours ago
When COVID 19 blows over most will rush back overseas. Hope there’s no COVID 20 or they will all want to rush back here aga... View
Community 1

Ol L - 23 hours ago
Brindabella s? Would look like nothing recognisable as there hardly the Himalayas View
Food & Wine 1

A 46-year-old Campbell woman has been charged with 23 fraud offences following the execution of a search warrant by ACT Policing this...

@The_RiotACT @The_RiotACT
Time for a move to the country? This eye-catching property in beautiful Mittagong has veggie gardens, a chook yard + plenty of space for the kids & pets https://t.co/EYBCG1UNb1 (2 hours ago)