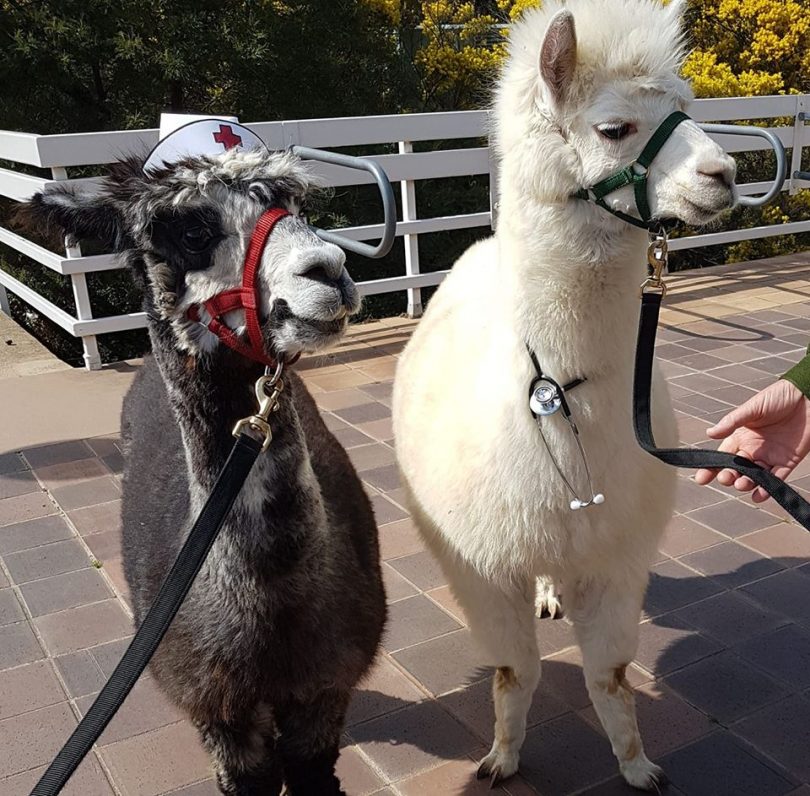 Therapy alpacas Mimosa (left) and Hercules. Mimosa had to be euthanised on March 12 after she was brutally mauled by an unleashed dog. Photos: Facebook (Alpaca Therapy).

A dog and its owner who were responsible for the brutal mauling of a therapy alpaca in Giralang on March 12 have evaded authorities, with the investigation being suspended unless more evidence comes to light.

More than two months after the savage attack which caused the death of gentle Mimosa, Transport Canberra and City Services said it has been unable to identify the dog or its owner despite a thorough investigation.

No doubt spurred on by the strong community outcry over the attack, TCCS said it gave the investigation a high priority, with key actions including:

TCCS said it also liaised with ACT Policing and the RSPCA ACT during the investigation but was still unable to identify the dog or its owner. Region Media reported on April 30 that ACT City Services Minister Chris Steel also said that all leads had been investigated without result.

Feelings of horror and grief were expressed throughout the community after news broke in March about the dog attack on Mimosa while she was she walking on the bike path adjacent to Baldwin Drive at about 6:45 pm. She was with her owner, Alpaca Therapy founder Nils Lantzke, at the time, as well as his friend, and fellow therapy alpaca Hercules.

The dog broke both of Mimosa’s front legs, biting them to the bone and injuring the terrified animal so badly that she had to be euthanised. Shockingly, while the attack took place, the dog’s owner filmed it on his phone and did nothing to stop it. 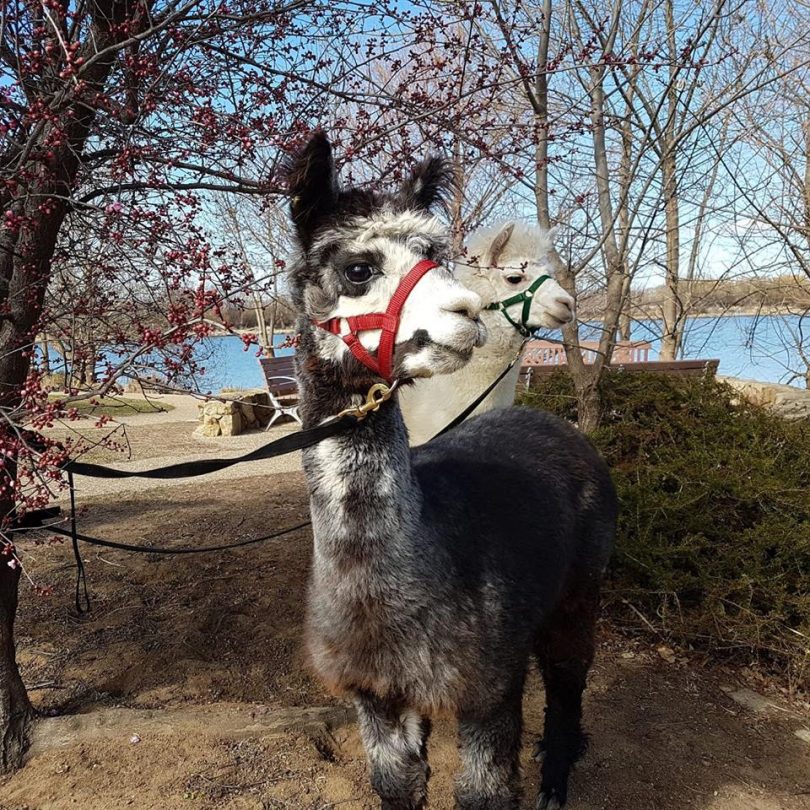 There was a community outcry after the death of gentle Mimosa (pictured).

Executive Branch Manager, City Presentation, Stephen Alegria, said that dog owners are legally required to provide reasonable assistance if their dog attacks a person or animal in the ACT.

“The ACT Government has some of the strongest laws in Australia relating to dog attacks,” Mr Alegria said.

“A new offence was introduced in the 2017 legislation amendments which applies where a person’s dog attacks another person or animal.

“That person must give the affected person reasonable assistance as requested including their contact details. This attracts a maximum penalty of $8,000,” he said.

“It is also an offence for the person responsible for the attack not to report a serious incident to Domestic Animal Services, also attracting a maximum penalty of $8,000.

“Seizure powers were also strengthened in the 2017 amendments, and a person’s dog registration can be cancelled and they can be prevented from registering any future dog where they cannot demonstrate responsible dog management, care or control.

“We would like to remind all dog owners that responsible pet ownership is everyone’s responsibility and you must ensure you have your dog under effective control at all times.”

TCCS said the case file on the attack on Mimosa remains active and the investigation will be resumed if further information becomes available.

According to TCCS, officers will be alert for information relating to the case during their compliance duties and patrols and the public is still urged to provide any evidence that would be useful to the case through Access Canberra on 13 22 81.

Indi Valente - 9 minutes ago
Jess Lloyd what dreams are made of View
Prue Ski - 29 minutes ago
Ashley, the perfect spot!! How good would it be? View
Caiti Victoria - 9 hours ago
Meraai, shall we go halfs? View
Opinion 27

purplevh - 11 hours ago
So it would have been a significant cost and strain on resources to send out a warning letter to everyone caught speeding dur... View
Lifestyle 4

Andrew Sutton - 14 hours ago
Whilst it is great the “border bubble” is expanding, can anyone please explain why the Mollymook area has not been includ... View
opso - 16 hours ago
As per the first couple of sentences of this story 'From midday today, ACT residents can travel for any reason to an expanded... View
Sam Oak - 17 hours ago
There is no reason for being pedantic with the rules. Ironically as NSW reopened the cases have plummeted showing that Austra... View
Business 1

Capital Retro - 23 hours ago
At last, an article about the plight of the snow gums in which climate change isn't nominated as the cause. View
Property 9

UPDATED 3:15 pm: ACT primary school teachers and child care workers will need to be fully vaccinated by 29 November to...
Property 23

Nestled among picturesque gardens, this stone and timber cottage could have been lifted straight from the pages of a children's storybook....
News 0

Canberra’s beloved therapy alpacas are looking for a retirement home. Can you help?

@The_RiotACT @The_RiotACT
Meet Pablo and Boris, the #alpacas who've taken up residence at the Belgian #Embassy in #Canberra after the Ambassador's pet ducks were killed by foxes https://t.co/oZq8MC4T5S (7 minutes ago)

@The_RiotACT @The_RiotACT
Onions for #baldness and calves' feet to thicken #hair - they're probably not something you'll want to try at home, but these old #remedies put together by the @NatTrust_ACT will at least lighten your mood https://t.co/8VVS0LEHkI (11 hours ago)