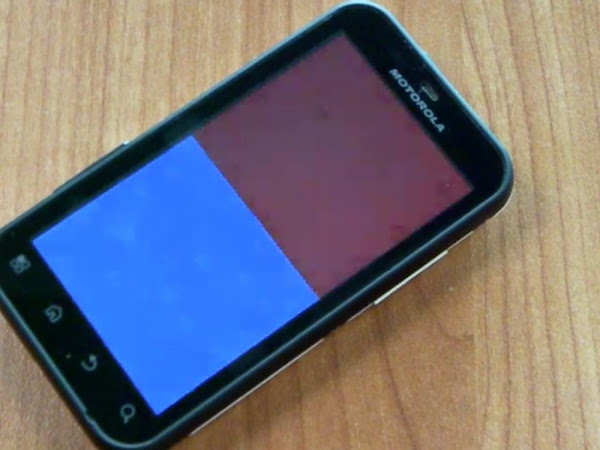 ACT Policing is raising concerns about the use of un-authorised warning devices including the use of flashing lights in personal vehicles.

ACT Policing has received several reports in the past few weeks of non-police vehicles using red and blue flashing lights — believed to be smart phone applications — visible by other road users, and placing them in vulnerable positions.

ACT Policing Operations Superintendent Kylie Flower said that these types of incidents are concerning and may lead to criminal charges if someone is caught using a smart phone or device in this manner.

“ACT Policing takes matters like this very seriously. It is an offence to impersonate a police officer, and there are obvious concerns including road safety and community confidence,” Superintendent Flower said.

“While we do have different coloured cars — including the purple RAPID fleet and a green utility for example — our police vehicles are highly visible and have several blue and red flashing lights, particularly along passenger windows, on the roof of cars and on the rear dash.

“If you are pulled over by a police officer in an unmarked car or an uniformed officer, they must be carrying their badge, and this is a sure way of identification. It is also an offence to fail to obey police direction and ACT Policing officers will identify themselves as police. The public has every right to ask for identification and credentials,” she said.

A person apprehended for impersonating a police officer may be charged under section 362 of the Criminal Code 2002 (ACT), which has a maximum penalty of 50 penalty units and/or imprisonment for six months.

Police are urging anyone who may have witnessed this type of behaviour to contact ACT Policing Operations on 131 444.

[ED – It turns out my phone already does this through the entirely innocent torch app. We’re not sure who will be fooled by this one]

Tags police impersonators police wrap there's an app for that

Are you serious? People actually fall for this s***!

If anyone’s ever actually been pulled over you’ll know just how bright police lights are and there’s no way on this Earth a ‘smart phone’ will ever be able to replicate that.

But what if you haven’t ever been pulled over? What if you were a perfectly law abiding citizen, driving home one night, and you suddenly saw red and blue lights behind you? Are you going to sit there and think to yourself ‘hmm…I’m not convinced that those flashing lights are bright enough to be a genuine police car, so I shall ignore them and continue driving’ ?

I once met a stripper who wore a police uniform. Well for s short time at least …

Dont suppose she flashed her headlights as well??

Think of it this way, if you wear a police uniform around civic while minding your own business, should you be charged with impersonating an officer?

I once met a stripper who wore a police uniform. Well for s short time at least …

Citizen’s arrest and cuff them to the bed. It’s the only way to be sure.

‘hmm…I’m not convinced that those flashing lights are bright enough to be a genuine police car, so I shall ignore them and continue driving’ ?

From what i’ve seen police flash lights, then a quick press of the siren to get your attention.

If i saw lights in the video above, yes i would keep driving.

Ed N Joanne Towner - 8 minutes ago
Had one of these and it was an excellent vehicle and great to drive. View
Community 6

Elsa Bell - 12 minutes ago
We have also found the in caravan parks View
Ashley Wright - 38 minutes ago
My son found one on the edge of a footpath the other day riding his bike. End result a visit to emergency and 4 stitches to h... View
Alanna Davis - 58 minutes ago
We have a Jerrabomberrra group going. Kids are loving it. Here are some of our contributions. View
News 6

Damien Cummings - 38 minutes ago
Yes, i do. I keep being told I'm old and grumpy. My response is "it's what I'm good at!" View
Jackie Tomich - 2 hours ago
Copping more discrimination about my vaccine status! View
Renea Hazel - 11 hours ago
Keep up the good work Justin and Youth Co! View
Food & Wine 12

@The_RiotACT @The_RiotACT
Stay-at-home orders mean no more car reviews. Or does it? James Coleman goes on a drive for more milk in his Mazda 6 wagon - and don't pull that face! https://t.co/V2VqT7Osv6 (17 minutes ago)