Irreplaceable steam locomotive parts stolen in a series of robberies 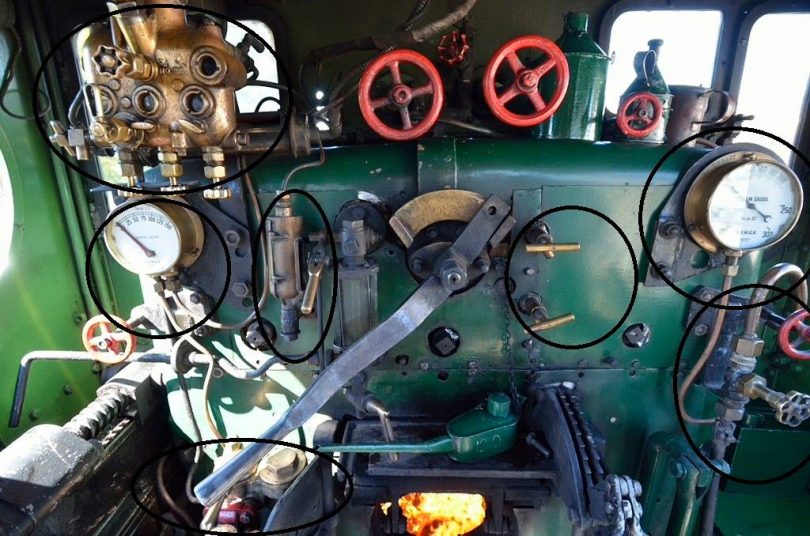 The irreplaceable brass and copper fittings from locomotive 1210 that have been stolen (circled) – Photo: John Cheeseman.

Two men were seen fleeing the closed Canberra Railway Museum after allegedly stealing priceless parts from a historic steam locomotive on Boxing Day. A local plumbing business owner was alerted to the two unknown men after his mastiff started barking as the men fled the scene.

A number of priceless parts of a historic 139-year-old steam locomotive, which had been disassembled for restoration prior to the Museum’s closure in 2016, were stolen. The locomotive is one of only three historic locomotives in Australia.

According to John Cheeseman, who is a long-time member and volunteer at the Canberra Railway Museum, bolt-cutters were recovered at the scene, after the men were seen allegedly staking out the area on the Friday (22 December) before Christmas.

“I saw the vehicle with two men sitting in the car on Friday. I got my phone out to take a photo, and they immediately drove away,” Mr Cheeseman said.

It is alleged that the men broke into the closed museum on Boxing Day and started going through the locked shipping containers closest to the door. According to Mr Cheeseman, it was by chance that the vital parts were stolen.

“They rummaged through the six containers closest to the door they broke through, and started looking for small things they could carry and resell. They stole lots of copper and brass and it was an unfortunate coincidence that the important and historical parts were stolen.”

“This wasn’t a standard break-in. We have had plenty of people break in the last month and graffiti the train carriages, but this was a planned, professional and prepared attack. They watched the place over the weekend so they knew what they were doing,” said Mr Cheeseman.

“To say that the loss of these components is a tragedy is an understatement. Being over 139 years of age, the 1210 is of particular importance to Canberra as it is the locomotive that hauled the first train into the Nation’s Capital in 1914. The parts taken cannot easily be replaced and make the job of restoring the locomotive harder.

“This latest setback will make the task that much harder but we remain determined to once again see local steam trains operating in Canberra.”

This comes after a meeting of 50 Canberra rail supporters showed strong support for the re-establishment of the Canberra Railway Museum at its Kingston site after lying dormant for the last 12 months.

Anybody who may have information about the break-in or the whereabouts of the valuable parts is asked to contact ACT Policing. 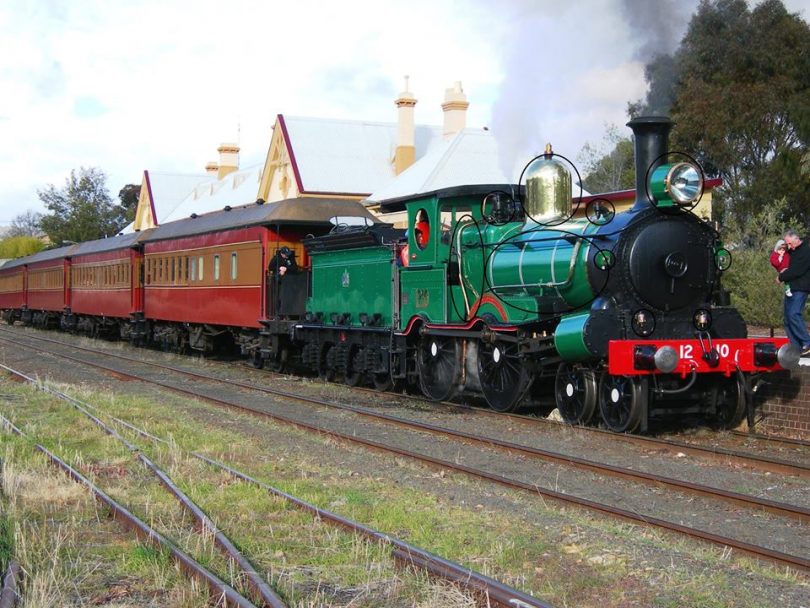 The irreplaceable brass and copper fittings from locomotive 1210 which have been stolen (circled) – Photo: John Cheeseman.

Update: At some stage on December 28, the men returned to the site and stole a copper steam boiler tube worth around $70,000. It is suspected that the suspects had identified the loot on their first visit and came back to collect. As a result, the museum is placing a guard on the site all night.

Forensics and police investigated the scene on Thursday (28 December) afternoon. 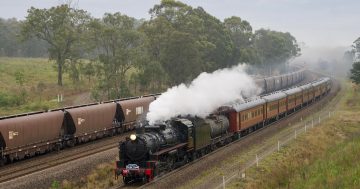 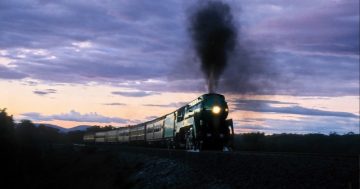