Is affordable housing really out of reach for Canberra’s Millennials? 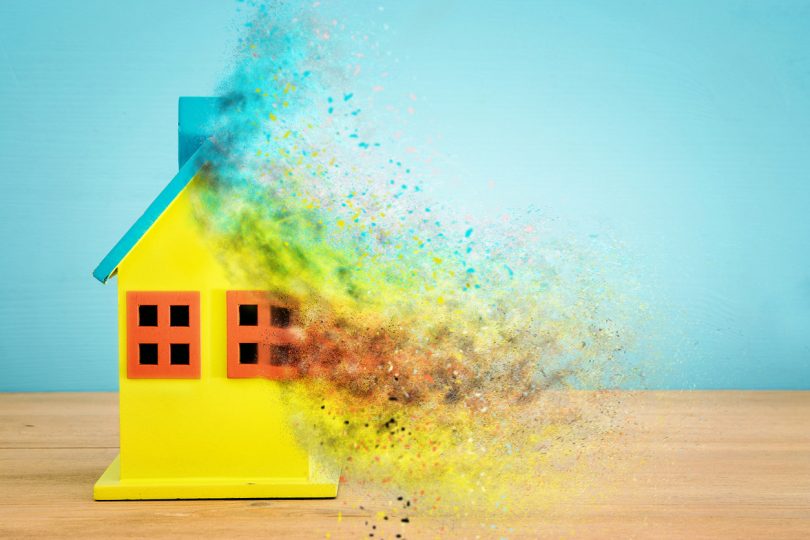 Blinkered view: Are Millennials just whingeing too much?

I hate young people, and apparently, I’m not alone. So in the interests of determining the fairness of my view, here’s a hypothetical for you.

Question: Are Millennials misunderstood by the world, or, do they simply misunderstand the world?

A Google alert came up last week about an Oaks Estate flat in the 30 River Street apartment complex being available to rent for $300 a week.

Knowing Oaks Estate well, I wondered how recent sales in that complex had gone, and saw that in the last 10 months alone, a number of apartments had sold for very little:

I checked some standard mortgage rates, currently around 3.8% – i.e. if some stock-standard Canberra Millennial had bought one of these flats, their weekly mortgage repayments would be between $123 and $145. TO OWN A FLAT. Plenty left over for the smashed avo and beard oil and tickets for whichever music festival has pill testing now.

Then I was reminded about Ms Sioban Joffe, complaining about never being able to buy a home and instead, taking solace in travel and restaurants (instead of the obvious counterpoint that by choosing to spend money on restaurants and travel…).

And I wondered… are Millennials misunderstood by the world, or, do they simply misunderstand the world? Umm, yeah, like, I can’t afford anywhere (in Braddon) so I’m just, like, cushioning that with keeping really busy and, like, caring for me, y’know?

I know better than most that Oaks Estate is not great. There are some very significant issues in George Street. But overall, living here is extraordinary. Sixty seconds from all the conveniences in Queanbeyan (Aldi, Woollies, Coles, Kmart, Target, hospital, library, Kingsley’s, late-night chemists, and all the other things that people need for the daily grind of life/work/kids…), only five minutes to Fyshwick, seven minutes to Majura Park, and a 12-minute drive from Woden or Civic.

But getting a flat in the ACT for under $200K in Canberra? Paying only $130 a week instead of renting for far more than that?

And if owning a car is too expensive, how about being a short walk from the Q-City bus stop on Uriarra Road into Woden or Civic every workday? I used to walk 900 metres to the tram stop every weekday as a 12-year-old school kid. It’s not that hard. Or if walking is a little too bogan for you, how about a quick hipster bike ride to the ACTION stop in Fyshwick, only five kilometres away?

Life sucks any way you slice it. But if not owning property is being used as an excuse by Millennials for feeling things are hopeless, my counter-argument is pretty simple.

One Response to Is affordable housing really out of reach for Canberra’s Millennials?
Filter
Showing only Website comments

Not being prepared to buy something ‘they’ consider beneath them is not confined to that generation, although I will concede it might be becoming worse, as each generation has grown up in better houses. When I bought my first house I bought in (lower) lower Narrabundah. Then the house I bought was the cheapest on the whole Canberra market. Person after person warned me about buying there and ‘they’ would never buy in such a crime slum ridden area. Well I bought there; it was a first house that didn’t need to be forever, and I could ride my bike to work. Yes, two houses across the road were selling heroin, another house down the road had burglars living in it and there were other problems. But most of the neighbours were not criminals. The heroin dealers (families) said hello to me as neighbours, but I avoided that burglar (nasty piece of work), and I never had problems. Most of the other people were normal people and it was the most friendly place I have lived in Canberra.

I think it comes down to ‘living up to the Jones’. People want to project a certain image. Well, the Jones are likely up to (and above) their eyeballs in debt; living way beyond their means. That is what many people are aspiring to be. So they can be ‘cool’ in their own minds. Better to be in debt than be thought uncool.

Those who want to be financial secure don’t bother with the cool and what the Jones project. But I fear cool and the Jones influence too many. Interesting link, which I think is connected to what I have commented on. Perception, and it can be wrong.
https://archive.nytimes.com/www.nytimes.com/books/first/s/stanley-millionaire.html?utm_campaign=buffer&utm_content=buffer6c2cf&utm_medium=social&utm_source=facebook.com

Finally Relented - 1 hour ago
Ashley Wright yeah. Know that. Lived here all my life pretty much. They don't work any more. Much better 10-20 years ago. Pla... View
Ol L - 19 hours ago
Maybe if we do nothing another government will be in power when it all blows up, so let’s do nothing in the meantime View
Ashley Wright - 19 hours ago
Sally Greenaway found the article. https://www.cityservices.act.gov.au/roads-and-paths/traffic/trafficsignals/drakeford_drive... View
News 51

You can’t throw that out

@The_RiotACT @The_RiotACT
Prince Philip has been remembered for a life of service, and Canberra's carriage-driving fraternity recalls a fierce competitor who inspired a future world champion https://t.co/o0qMJekdNQ (41 minutes ago)