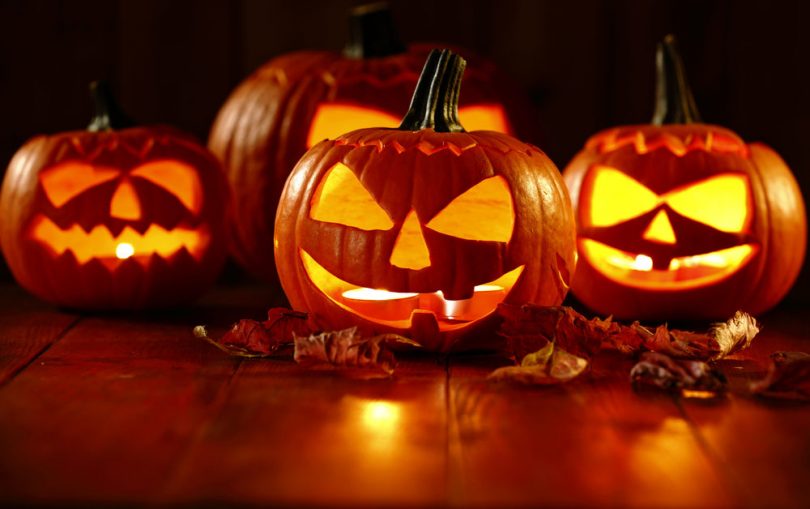 Canberra’s reaction to the ancient Celtic feast of Halloween is probably best judged by the fact that most “official” celebrations, from Boogong at Googong to Mooseheads’ Decade of Death happened last weekend rather than on the actual night itself, October 31.

So does that mean that Halloween is all about the marketing in this country? Are we being overwhelmed by a floodtide of American commercialism? Deakin University academic Dr Paul Harrison is a Senior Lecturer in their Faculty of Business and Law, specialising in marketing and consumer behaviour.

He says you can be irritated by the marketing juggernaut, but that’s not really more prevalent than it is at any other time of the year. “One mother actually said to me ‘Can’t people just let it go and allow the kids to enjoy themselves?’, and I think that’s fair.

10 Responses to Is Halloween only about the marketing?
Filter
Show all comments
Show only Website comments
Showing only Facebook comments
Order
Newest to Oldest
Oldest to Newest

It would only take a year or two of people giving "tricks" instead of "treats" before the kids would completely lose interest in halloween.

It's not American btw. If you want to talk commercialism, look at Xmas. That's in overdrive, but also fun lol

Bethany Williams I agree, I don't see any other night in the calender year where families are out and about interacting with other families and having fun.

Halloween is about traditionally finding a connection to one's ancestors. So, yes the Australian/American traditions around Halloween are merely about selling lollies.

Adele Craven - 10 hours ago
Renee Mae RiotAct has had lots of opportunities to understand and present up-to-date info, but have refused to - instead cont... View
Food & Wine 14

Dom Polegubic - 11 hours ago
Enjoy an evening with Andy Bernal Saturday the 19th of June at the Australian Croatian Club in Turner. Includes dinner and a... View
Opinion 5

Capital Retro - 13 hours ago
The "science" is yet to be proven. The main "tool" they have is computer modelling which can be contrived and most scientists... View
MERC600 - 15 hours ago
@maya did you receive your free roof insulation from that kind Mr Rudd ? Perhaps now with this insulation your hoose is a lit... View
Futureproof - 17 hours ago
There's science and there's follow the money science, like the great scientific mind of school drop out, Greta Thunberg, alon... View
Community 3

Alan Giles - 16 hours ago
Lived here on and off throughout my Navy career for the past 20 years. Ended up now in Jerra. The place has certainly changed... View
Futureproof - 17 hours ago
Looked at a 3 bedroom, ex govvie house in the ACT in the mid 2000s. Looked in QBN and bought a 5 bedroom house that was only... View
Jeremy Lepisto - 17 hours ago
I have been referring to Queanbeyan as 'Dreambeyan' since I moved to town in 2009. I don't know that anyone used the term pri... View
What's On 4

jorie1 - 20 hours ago
Agree! I guess I prefer tangible things like property, and most of my tenants are great. I try to be a good landlord, but the... View
News 1

Capital Retro - 20 hours ago
While getting the snow report from Thredbo this morning the ABC 666 presenter was reminded of building a "snowperson" in youn... View
News 40

liljane - 21 hours ago
If you’re talking about ActewAGL being owned by China that is not true. I was stopped by origin a few weeks ago who were wa... View
chewy14 - 22 hours ago
Capital Retro, Hmmm, it's almost like we have a National electricity grid that goes beyond the ACT. Strange huh.... View
Business 1

jwinston - 22 hours ago
“While planting a tree is a good offset, it only typically lasts 30 years“. True but trees, grass and shrubs don’t use... View
show more show less
*Results are based on activity within last 7 days

Hallo-ween, come on in to the nightmare on Flemington Rd

@The_RiotACT @The_RiotACT
The wrestling career of Canberra's @mikey_broderick has taken him around the world. Now he is back in town in a show for the whole family https://t.co/JBxA8ZEQg7 (10 hours ago)

@The_RiotACT @The_RiotACT
The ACT is looking to diversify the economics of the CBD as the work from home culture means fewer workers in city offices https://t.co/J1DoofRqD5 (13 hours ago)