Is ‘parking property’ really an issue in Canberra and the rest of the nation? 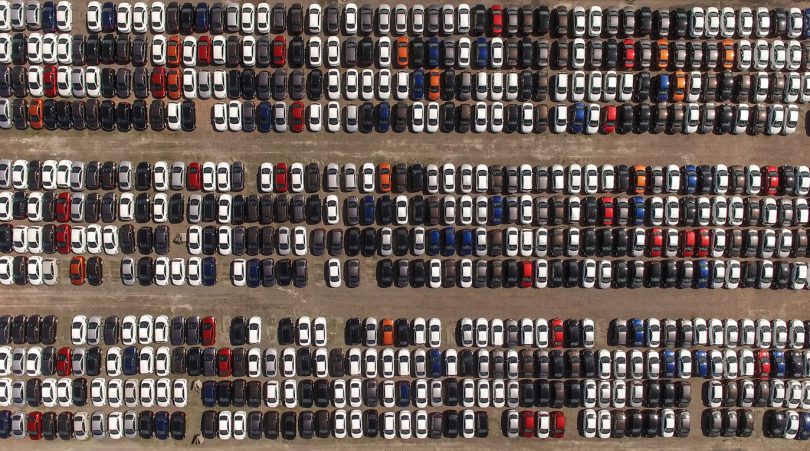 Is ‘parking property’ really an issue in Canberra and the rest of the nation?

In 2017, federal and state governments in Australia were aghast to hear that, 11.2 per cent of all homes, or nearly 1.1 million homes were vacant on the evening of the 2016 census.

Statistics were flowing like the Cotter Dam after a good downpour.

A quick scouring of the internet came up with the following statistics:

Of course, the government pointed the finger at foreign ownership of Australian property and responded in the Federal Budget 2017 – 18 with the following:

But, was this a ‘knee-jerk’, ‘xenophobic’ play to the lowest common voting denominator?

Possibly so, as most educated commentators suggested that more than half of the vacant homes (over 500,000) could be accounted for by market turnover. Some homes may have been newly constructed, for sale or deceased estates.

Some property investors will make their property vacant when they decide to sell because it gives them more options to maximise the sale price. Generally, the increase in the sale price for a vacant property drastically outstrips the rent that would come in for, potentially, a full year.

And then, yes, some vacant properties are owned by speculative buyers of sellers who are only in the market to maximise their return from capital growth and not rental income over a long period.

Personally, I think it’s a bit rich for governments to ‘cry foul’ that 10 per cent of the Australian population have taken up their, very generous, incentives to invest in property, rather than putting their money in the bank or the stock and shares.

Basically, the combination of negative gearing and capital gains have pushed mums and dads and young investors into the property market. Governments have acted as the ‘Pied Piper’, leading eager investing down the path – do they really now intend to drown them in the river?

So, is this such a big problem in the ACT or is it all just a storm in a teacup? Well, Prosper Australia, suggests the actual vacancy figure at any time in the ACT is less than three per cent and that this figure would decrease as the property market dampens and there is more incentive to earn income from rent rather than speculative capital gains. They also suggest that these vacant properties only add between one to two per cent to rental prices.

But, what do the local Canberra experts have to say? The RiotACT spoke to Chris Miller, Managing Director, Vantage Strata about owners and investors’ parking property in Canberra.

“A number of my contemporaries in other Australian cities have started to see higher instances of apartments being purchased off the plan and never becoming occupied. Ostensibly this is being driven by offshore buyers, although the cause is not entirely clear and is not necessarily due to an oversupply of rental stock per say.

“It is being raised as a challenge within the strata industry, mainly for operational reasons. An offshore owner who, for whatever reason, is not motivated to have their apartment occupied may also find it difficult to pursue strata levy payments – as the argument goes.

“That being said, I can say pretty confidently that this phenomenon really isn’t a feature of the Canberra apartment market. All of the indicators suggest that the current supply will be met by demand, and any attempt to make this an issue is hot air in my opinion,” Mr Miller said.

“We’ve only had about 300 properties purchased by foreign investors in each of the past two years, and most of these have been for students studying at the ANU or for people living locally,” Mr Powderly said.

“Canberra hasn’t seen the hot markets of Sydney or Melbourne, so hasn’t been hit by speculators. We have a healthy supply of 17,000 units coming online in the next three years, with demand of around 4,000 units per year,” Mr Powderly said.

So, in conclusion, it seems that some journalists had fun with statistics coming out of the 2016 Census that led to a pretty knee-jerk reaction from Government to whack foreign investors.

But, here in Canberra, seems to be the ideal place to invest in property for the right reasons. Strong, long-term rental income and steady capital gains over time.

Do you think there is an issue with foreign property investment in Canberra and properties being parked for capital gain rather than being rented out?

“At day’s end, negative gearing is loss making for the individual claiming the deduction as they try to provide housing for those in need…………”

And here I was totally ignorant of the philanthropic aspect of the tax minimisation goals of negative gearing.

““Canberra hasn’t seen the hot markets of Sydney or Melbourne, so hasn’t been hit by speculators. We have a healthy supply of 17,000 units coming online in the next three years, with demand of around 4,000 units per year,” Mr Powderly said.”

Mmm, that means their will be a surplus of 5,000 units over the next there years? That doesn’t sound “healthy” for the developers.

Its only possible due to negative gearing. On one hand the federal gov wants to take the dole off people but on the other, they are happy for people to invest in properties, hand them money in tax deductions and not even rent them out. Neutral or positive gearing however would mean only money earnt on the property is tax deductible.

You do realise that you can claim expenses on any investment class? You can do the exact same borrowing to buy shares for example and small business owners can deduct costs incurred investing in the business - don't see people whining about these avenues do we...

At day's end, negative gearing is loss making for the individual claiming the deduction as they try to provide housing for those in need. Take this small offset incentive away and watch rents sky rocket and homelessness issue grow whilst shaking confidence in business and investors Australia wide as they wonder when the same rules will be scrapped for them.

I think the biggest problem in Canberra is the building standards. The apartment I live in should be condemned, the whole building is a dump.

I agree! I’ve been saying this for years!! Where the hell is the quality and spectacular design?!?! It’s a farce and so outrageous...🤬

Gregg Heldon - 1 minute ago
If only more Liberal candidates were like Mark Parton. I believe he is the future for the Liberal party. View
June Kirk - 12 minutes ago
Poor Alistair can someone in the Canberra Liberal Team show him how to use Google! It was reported by ABC Canberra this morni... View
Gregg Heldon - 12 minutes ago
Christine Evans I didn't say that. I notice how you didn't answer my question either. But to answer yours, I think that there... View
News 2

ssek - 53 minutes ago
I really need to move out of this town. It is apparently filled with people who haven't noticed the greens are absolutely use... View
chewy14 - 2 hours ago
Wow, polling commissioned by a left wing think tank finds that the left wing Greens are going to do really well at the next e... View
News 1

Annette Milnes - 1 hour ago
How are you going to park for Floriade or for a picnic etc.? View
News 20

@The_RiotACT @The_RiotACT
A new poll from The Australia Institute has found Labor is on track to retain minority government but with a reduced primary vote https://t.co/2ffO5N6a5F (35 minutes ago)