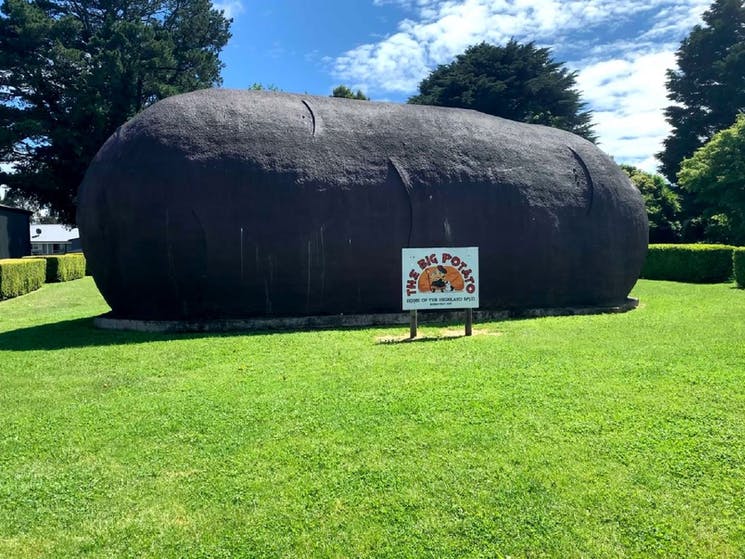 Some news is simply too down-and-dirty to report. I’m guessing that’s why little has been dug up this week about what has to be the news story of the season, of the year, of ever.

The Big Potato at Robertson, one of our region’s favourite Big Things, has been voted the nation’s Worst Big Thing. Not worst exactly, they used the word “shittest”, but I’m not sure if we can use that word in this wholesome medium. But, for something also known as the Big Poo-tato, sounds OK to me.

Seriously, have they no taste? We’re talking about you, Shit Towns of Australia, which ran the competition. Just because it looks like a lump of dinosaur excrement, is no excuse. It scored worse than the Big Stubby, for heaven’s sake, and that’s made out of well, stubbies.

We can understand that the Big Koala came close to taking out the title – it does look like it’s related to aliens – but the Big Spud? Really. Next thing ‘ewe’ know they’ll have a go at our other Big neighbour, the Big Merino – all 100 tonnes of the 15-metre-high, 18-metre-long Goulburn local known affectionately as Rambo. 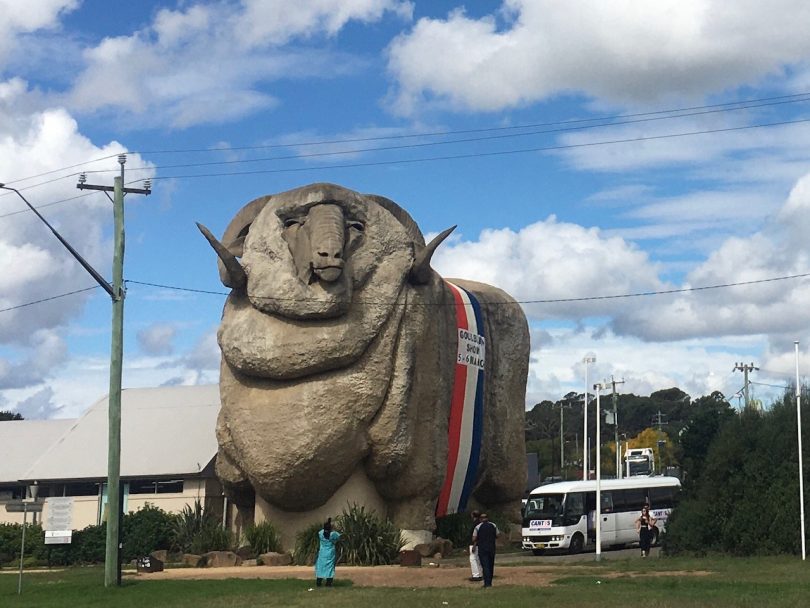 Even the fine Big Merino at Goulburn seems to have got itself tangled up in the Big Thing controversy. Photo: John Thistleton.

Some BTs deserve their giant applause. Like the Big Kangaroo, the 13-metre-tall mascot who jumped out of the 1982 Brisbane Commonwealth Games for a quieter life at, um, lots of other places. She was first moved to a Gold Coast theme park, no easy feat at six tonnes, to a truck stop at Kybong to today where she stands proudly and fired up outside a Gympie petrol station.

Or what about Buffy the Cane Toad who defies all attempts to squash her on the Bruce Highway near Sarina or the Golden Gumboot in Tully, a perfectly sensible home in the town where it always rains.

I can understand the Big Banana remains a crowd favourite, I mean how could a banana do you wrong? Unless it gives you the slip.

Then there are the ones that are already really big – and will do damage if they fall on you. Like the Big Cassowary (five metres) up at Mission Beach in North Queensland. Or one of the seven Big Bullocks in Rockhampton who, sadly, won’t last much longer if vandals continue to relieve them of their dangly bits. 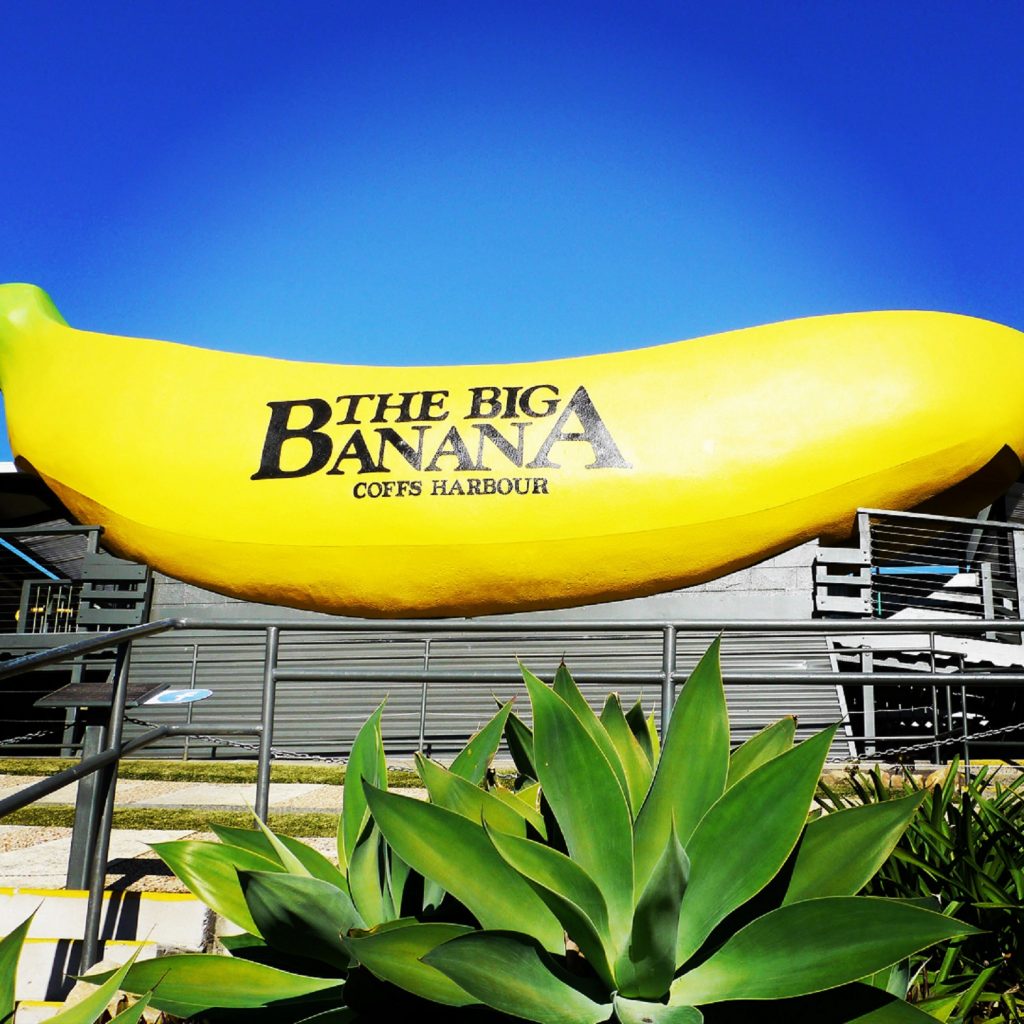 The Big Banana at Coffs Harbour is a slippery customer, always high on the Best Big Thing list despite the fact it has to be about 100 years old. Photo: File.

No one would ever lower themselves to criticise Larry, the Giant Lobster, who regularly snaps up the Best BT title. Tastefully, there’s a fish and chip shop in its tail – we would have thought it would be a cake shop.

The Big Galah on the Eyre Highway at Kimba, in outback South Australia, is a given, as is the 33-tonne Big Prawn at Ballina. But wait, there’s more, but they’re so big we’re running out of space to show them at their best/worst.

Turns out the Big Spud was almost beaten – and probably could have almost fitted into – the Big Bin in Kalgoorlie. Nothing against this wonderful outback town, but its BT looks to be little more than a very old piece of pipe with some handles on it and, helpfully, in case you hadn’t worked it out, has the words, “World’s Biggest Bin” written on the side of it.

What we want to know is why the Big Bogan didn’t win/lose? The five-metre tall “Maaaaaaate” was established at Nyngan, yes it’s in the Bogan Shire, in 2015, complete with attractive mullet, stubbles and tatts. Noice.

PS: Whatever happened to those sensible plans to erect the Big Chris in Cowra, as a sure-fire way to raise spirits. Now we’re talking.

Why not create a bowl of chips, potato mash, and baked spuds? People will salivate!

I seen this as a meme of Mr. Dutton.

Mattea Louise Katherine Dickson Father Dickson will have thoughts about this debate, surely? 😂

What about the Big Poo at Queanbeyan Pool? It’s a Biggun.

Definitely the worst of the Big Things and it’s not that big. Great pie shop at Robertson

The turd is the word: all power to the 🥔

Nah that’s pretty bad….looks like someone dumped it there. Rename to the Big Stool. 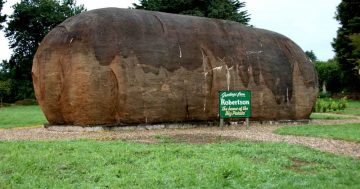 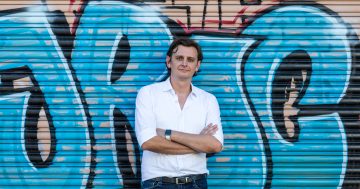 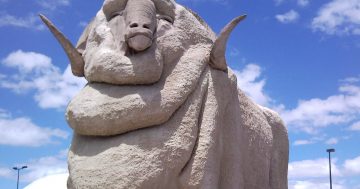