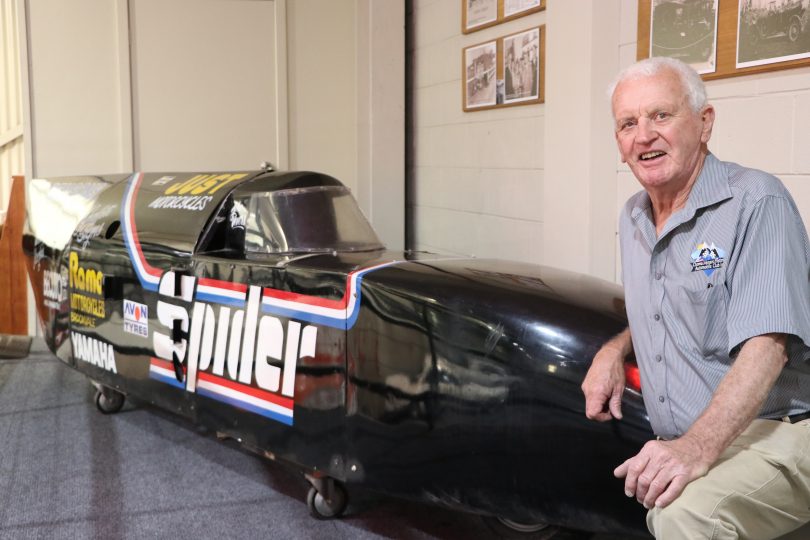 Cooma’s greatest claim to fame has long been the Snowy Hydro Scheme, one of the world’s greatest civil engineering wonders, but competition has arrived: the Cooma Car Club Museum.

The museum will open with a grand event on Saturday, 19 February, with a barbecue, speeches, a plaque unveiling by the club’s oldest member and avid motorcycle enthusiast Ross Johnson, but most importantly, lots and lots of cars.

Cooma Car Club president Rogan Corbett estimates that close to 40 cars will be on display across a range of genres, including muscle, sports, classic, unique, and even amphibious.

“There will be everything from a tiny BMW Isetta bubble car to a football-pitch sized Cadillac Fleetwood,” he says.

There will also be a 1942 Dodge Flying Four that runs on charcoal, a D-Type Jaguar, and no shortage of Ferraris. 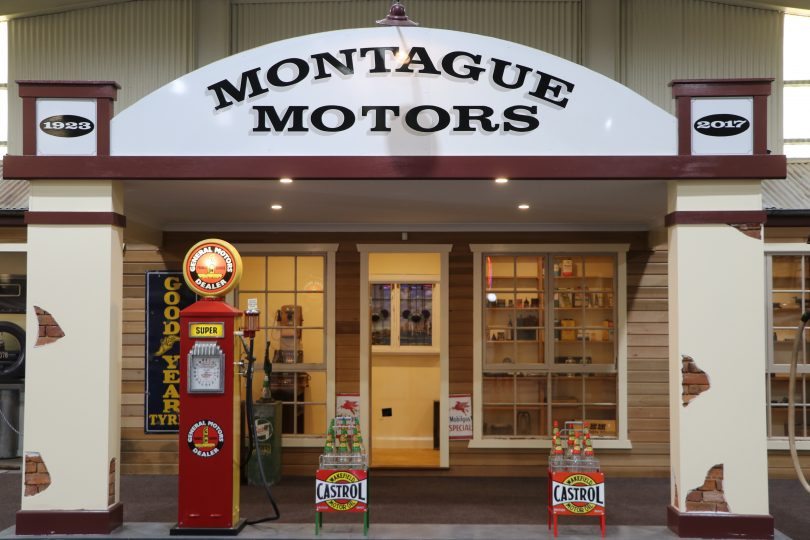 A replica of a 1950s service station at the Cooma Car Club Museum, including an antique petrol bowser from 1924. Photo: Cooma Car Club.

“You’d think most would be Holdens, but we also have 14 Jaguars, as well as Fords, Chevrolets, and everything in between,” Rogan says.

One of the members has an amphibious car which, of course, is equally at home in the water as it is on the road, making it ideal for the alpine region.

The Cooma Car Club has been dreaming of this day since they first bought the premises on 11 Bolaro Street in 2009.

It began as a combined indoor gymnasium and cricket stadium before the Club members ripped out the middle floor to create one big workshop.

Thanks to a grant from the NSW Government under the Regional Tourism Activation Fund, they then set about the three-year project of turning it into an eye-catching museum.

“It’s a bit empty at the moment because we’re still putting the finishing touches on it,” Rogan says.

A 1950s diner has been faithfully replicated on one side of the building, while the opposite side has been given the front of a service station from the same era.

“We were loaned a 1924 petrol bowser for this, which is incredibly old and rare.” 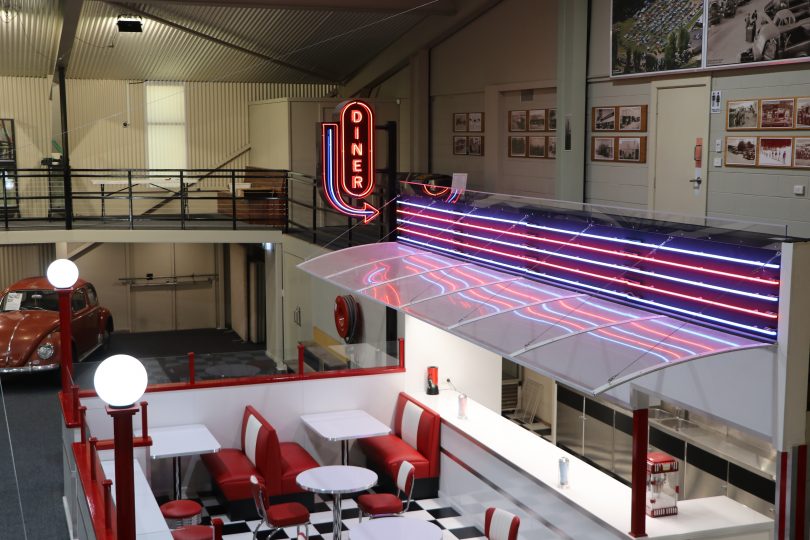 “It’s come together really nicely. In fact, people are amazed. They come here and say, ‘How did you guys build this?'”

Since the club formed 22 years ago, 178 members and close to 200 cars have been added to the books. Rogan says they have become a stalwart of the Cooma community.

“We have birthdays, school formals, weddings, funerals up here, and all sorts of local groups use it too. It’s a big facility for a little town and it’s really good to see a lot of community use it.”

The club has raised over $180,000 for local charities through the busy calendar of events they run each year.

A week after the opening, the club is running its annual ‘Billy Kart Derby’, where kids and adults alike compete in a Goodwood-style race along a track lined with hay bales. This is followed by a ‘Surf to Summit Rally’ at the end of April, a ‘Motorfest’ at the Cooma Showground in November, and a Hill Climb at Mount Gladstone every three to four months.

They also help young drivers learn the rules and courtesy of the road with regular training days at the hill-climb track. 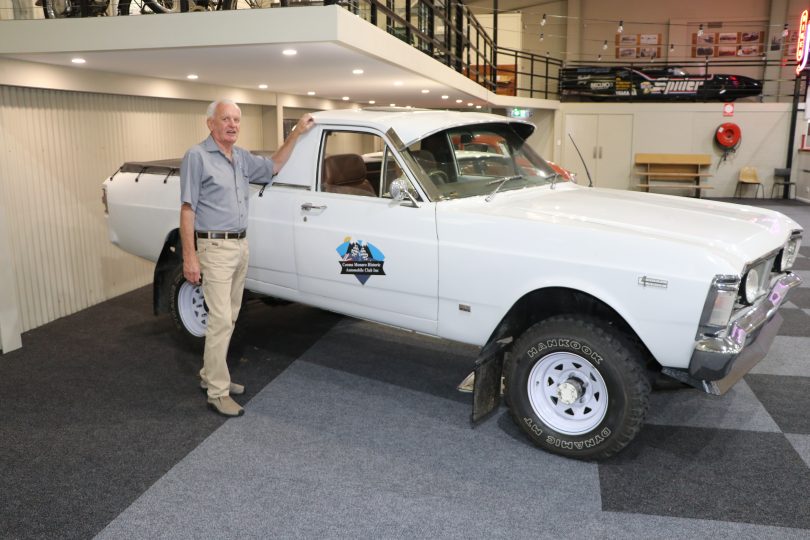 Constructing the museum has been a three-year project. Photo: Cooma Car Club.

The winding roads of the Snowy Mountains aren’t far away either, so plenty of national car and motorcycle car clubs take the time to stop over in Cooma and pay the club a visit.

“We can cater for morning teas, lunches, dinners and all sorts of things for them.”

Above all, Rogan says the club has presented a valuable opportunity for their older members to get together and “hang out”.

“It’s been great for mental health. We get 30 odd workers here on a Tuesday morning and they won’t go home – they just love hanging out. It’s really good for their mental and physical health.”

The Cooma Car Club Museum will be open by appointment only from Saturday, 19 February. Prospective visitors should contact the Cooma Visitor Centre on 1800 636 525 to arrange a booking.

Seems like a nice day trip to Cooma, car Museum, and the Cooma Rail museum, a twofa 👍

Great package for visiting clubs – museum, full catering for dinners/lunches. Great for themed meetings, conferences or day visits. Just sensational and a big congratulations to all the members for making the dream a reality.

Cool look forward to that road trip anyone?

Nice story. Did any of the vehicles from the sale of the Binalong Motor Museum (https://www.tradeuniquecars.com.au/news/2003/binalong-motor-museum-to-go-under-the-hammer) end up here, perchance ?

It’s been a long time coming – shame Bruce isn’t there to see it.

Steve Ross a bit rich. Even for public servants or retired ones. Hahahaha

Jason Incher may have to do a trip down to Cooma 😉

Jan Culliford Bella Black thought this might be of interest.