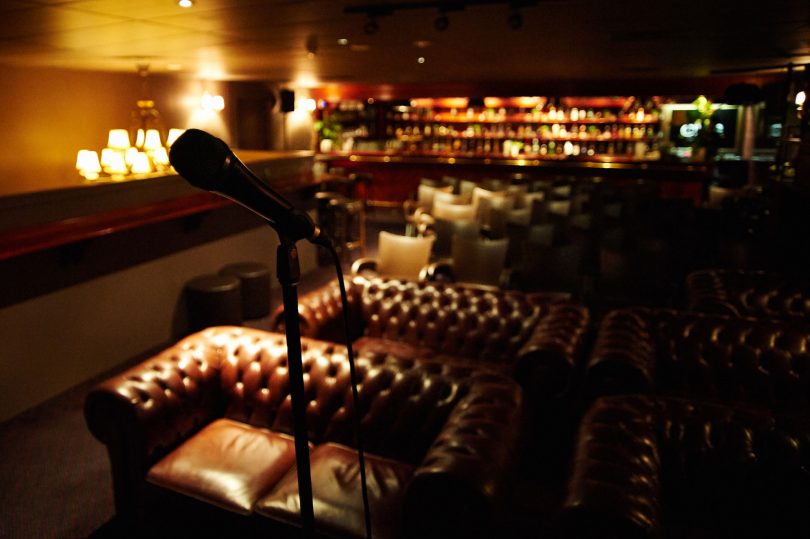 The Comedy Club at the Civic Pub has been running for 12 years now, and organisers are sorry to see it go. Photo: Supplied.

The Canberra Comedy Club is about to have their last laugh at their beloved Civic Pub location.

“With the pandemic and everything else going on, the pub owners were having a look at their business model and ultimately decided to stop using the upstairs room we normally use for functions and gigs,” event organiser Tim Duck explained.

Despite the obvious difficulties the Canberra Comedy Club will now face, Mr Duck said he understands the decision and accepts that it reflects the current environment in which functions and gigs are not particularly profitable.

Mr Duck said he and the other organisers are doing their best to remain positive and look to the future despite the setback.

While they don’t know where exactly their new permanent home will be yet, they will be “seeing how things go in the next little period”.

The Canberra Comedy Club held its first-ever show at Civic Pub on 1 July 2009. Its last major gig was in 2019 when it celebrated 10 years with a big (pre-COVID) show featuring Canberra comedians like Chris Ryan and Frankie McNair.

In the beginning, Mr Duck said it was a simple case of comedians coming together to kickstart the local comedy scene.

“The bulk of the work was done by Daniel Connell – who has now moved to Melbourne and is doing really well in his comedy career – and Jay Sullivan, who is no longer doing comedy, but was really great back then,” Mr Duck said.

As for Mr Duck himself, “well, I got involved by doing the sound, and when Daniel moved to Melbourne, I took over his role running it.”

Back then, the comedy scene in Canberra was a lot quieter than it is now, he laughed.

“When we first started, it felt like there wasn’t much going on. There were some gigs being run in some pubs, but they tended to be open-mic nights that were free and not in a separate room.

“So you’d end up with some people who just wanted to have a drink or play pool as well as others who wanted to listen,” Mr Duck said.

Even at the bigger scale of events, there weren’t many comedians who would tour Canberra then.

“The comedy touring schedule in 2009 would not have had many acts on it,” he noted.

Mr Duck said at first the Comedy Club had been all about enticing more people to enjoy the local comedy scene.

Then, in 2013, they started the Canberra Comedy Festival which Mr Duck said helped advertise the capital as a place where bigger acts could come and perform.

“It’s really grown in popularity – both as people performing and being an active part of it in Canberra and with people touring,” he said.

Luckily, there is still time for some last hurrahs at Civic Pub.

“We decided to keep it really local for the last two shows as that was what our roots were when we’d have the same local line-up for every show,” Mr Duck said.

“We’re harking right back to the beginning.”

Mr Duck credits the Amp It Up! funding from the ACT Government with helping them put on additional shows in recent weeks.

“We’re really grateful for that support,” he said.

For more information, visit Comedy Club at the Civic Pub.

I thought the Canberra Comedy Club was the A.C.T. Legislative Assembly. How could I have got it so wrong? 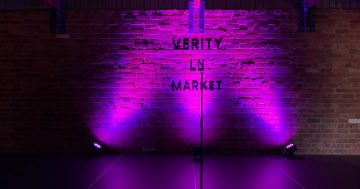 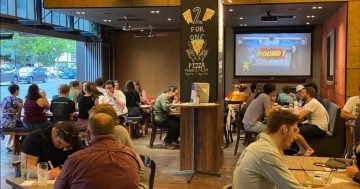