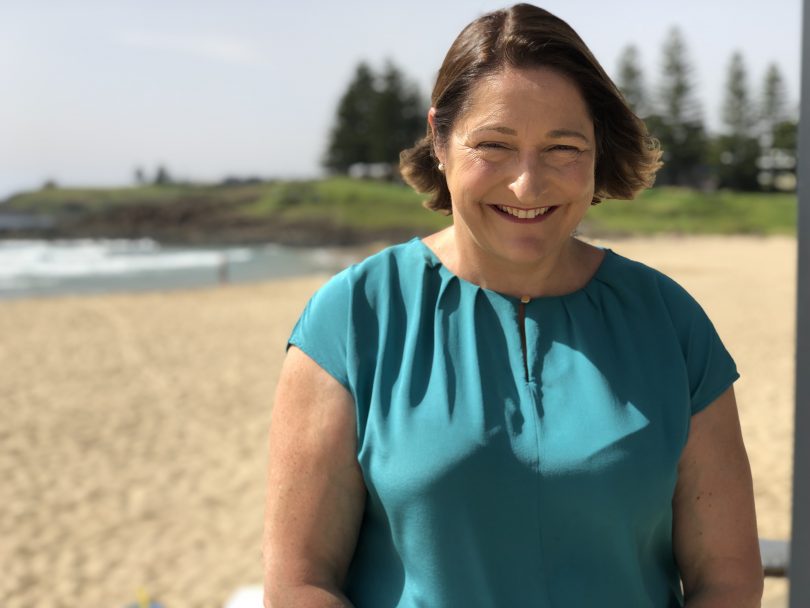 By a mere 373 votes, Labor’s Fiona Phillips has officially retained the seat of Gilmore on the NSW south coast.

It was the closest seat in the country with a 2.44 per cent swing away from Ms Phillips under a two-candidate preferred count.

Ms Phillips said she was honoured to have been re-elected.

“I’m ecstatic it’s finally been decided. It was certainly a long election campaign and then a long three weeks after. It’s been a bit of a rollercoaster,” she said.

“I have been humbled by the unwavering support, kind words and well wishes from so many people over the last few weeks while we waited for the official result.”

The Gilmore representative hasn’t stopped to celebrate, with plans to attend a community meeting in Kiama this evening about the Blue Haven Aged Care facility and talks lined up with Eurobodalla Council to discuss the lack of housing in the region.

“We have many significant issues, particularly the housing crisis, so I’m keen to get stuck into that,” Ms Phillips said.

“Every single day I have someone come into my electorate office saying they potentially have nowhere to live, and these are people with incomes, without incomes, with kids. This impacts everyone.

She highlighted funding for the South Coast as a key issue she would take to Federal Parliament.

“We’ve been through some really tough times over the past couple of years. We had every disaster imaginable, I think,” Ms Phillips said.

“We’ve had to deal with drought, bushfires, floods and the pandemic. We had more than 11 disasters declared [in the seat].”

She also promised she would deliver on the commitments made during the election campaign.

“Commitments like fixing our roads, improving our local health services, building our resilience and preparing for natural disasters, as well as investing in local infrastructure,” Ms Phillips said.

“I am delighted that I will be able to deliver all these important projects and more.”

Her win was also significant in allowing the Labor Government to have a speaker in the House and retain a majority.

“I’m the only Labor MP in history to have won the Gilmore seat twice, so it might have been [won by] a small margin, but a win is a win.

Ms Phillips said her opponent, Liberal candidate Andrew Constance, had not yet reached out to congratulate her or concede the seat.

The Australian Electoral Commission was set to declare the seat on Tuesday (14 June) until a request from Mr Constance stalled the decision.

At the time, Mr Constance flagged concerns with how votes were counted, particularly the scrutiny of informal votes.

However, the Australian Electoral Commission (AEC) found no weight in his claims after his request was “considered very carefully”.

“It was denied because the counting process was considered to be undertaken in line with the Electoral Act,” an AEC spokesperson said.

“There was sufficient checking and re-checking of ballot papers during the scrutiny period (including the fresh scrutiny process).”

The margin was small, but he lacked adequate specific grounds.

Congratulations to Ms. Phillips. It will be interesting how effective she will be over the next three years with a city centric Federal Government, with Greens and ‘Teals’ holding the strings in the Senate.

I fear that we will be entering a regional funding drought with the Labor Government. They have already announced the abandonment of the Regionalisation fund ($400million), the first nail in the plank. Perhaps we have forgotten the Carr/Rudd/Gillard years when nothing much happened south of Wollongong between 1990 to 2010.

Despite the campaign directed against Constance in the south of the electorate he in fact has done a lot of good work for the Bega electorate since 2003. He also held three Ministerial portfolios. Having met Ms Phillips a few times she will always just be a member of parliament.

If we had a similar ‘1st past the post’ system as do most countries including the UK and Canada then Constance would be our representative.
Mr. Constance received over 6,500, or 15% more first preference votes than Ms. Phillips.

Under a first past the post system Parliament would have a breakup of 62 liberals, 10 Nationals, 70 ALP and 10 Greens/Independents.

There’s a reason why the initial first-past-the post sytem of elections was abandoned long ago – in 1918. https://peo.gov.au/understand-our-parliament/your-questions-on-notice/questions/why-is-the-preferential-and-proportional-voting-system-used-at-australian-elections

“Under a first past the post system Parliament would have a breakup of 62 liberals, 10 Nationals, 70 ALP and 10 Greens/Independents.”

Except you are working on the assumption that people would vote the same way under a system where votes are calculated differently.

Talk about bitterness! That was a great rant.

Couple of points you said no funding to the south coast between 1990 and 2010 but blame Carr/Rudd and Gillard.

Ok Balme Carr if you like he and Labor were in state power for 14 of those 20 years, but then again ain’t we taking federal parliament here?

If so you blame Rudd and Gillard, but again in that period Labor was only in power for half those two decades and Gillard all of 6 months. What about the Howard years right in the middle ?

Oh and the whole premise that Labor only supports cities is absolute nonsense.

That may have been the case in the 1920’s. However in the 2020’s the political landscape has changed and now affected by ‘big dollars’ – ie. UAP (2019 federal), ‘Teal’ independents (2022 federal).
I still believe preferential is marginally better, however the Canadian system also works very well, less so the British system.
The point I tried to make was Constance DID win the first preference by well over 6K votes. He was only overtaken by the preferences from the Greens.

Having scrutineered at several federal elections now, I hazard a guess that 75% (at least) vote to get it over and done with and vote according to the ‘how to vote’ cards.
This can be verified when the preferential voting data becomes available.

Compare the ‘how to vote cards with the flow say from the Greens to Phillips. At one booth of over 1000 voter it was almost 90%. Similalru compare the UAP and One nation HTVC and the direction their preferences went.

I’m not trying to start a fight merely observing the vagaries of the voting system.

I’ll outline some arithmetic. First past the post majority only works with two candidates. Say there are three: the winner would only need 33.3% plus one. Meaning that 66% did NOT want that candidate. Taken nationally, it could mean that most voters did not want the “govervnment” – and might not accept its legitimacy. It’s not just one candidate..

Michael Connor, what on earth is your point in your comment at 3.04 PM above? Left and right parties tend to preference parties on the same wing and so do their voters, leading to a high correlation between cards and votes.
Seems like you are pining for Constance but can’t quite bring yourself to say something wholly unreasonable. 🙂

tbh Andrew Constance did better than I expected. Thought it was foolish move to run in this election and face certain electoral defeat. Would’ve been a smart move to wait until 2025.

Congratulations Fiona. As the expression goes … ‘a win’s a win’