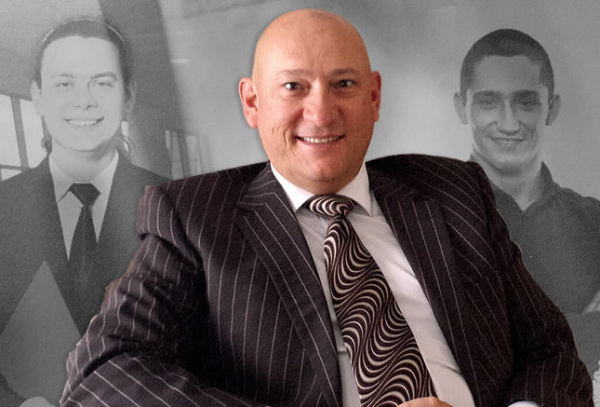 Business and charity leader Ivan Slavich is aiming to take veterans’ welfare organisation Soldier On to the next level as its new chief executive.

Soldier On began in 2008 and helps all those who have served and continue serving our nation, including those working in national security agencies.

Mr Slavich said having served in the military he had enormous respect for men and women who had served the nation.

“It is a very specialist skill they have and it is sometimes difficult to gain employment and deal with the readjustment once the military career is finished,” he said. “I think I have a lot to offer to help them get back, from a health and wellness perspective, and from an employment point of view, upskilling and still feeling involved. That resonates with me,” Mr Slavich said.

Having held chief executive positions with TransACT Communications, PARASOL and Energy Action, and senior roles with Trident Corporate Services and ActewAGL, he has networks across the national corporate landscape.

Lt Gen Leahy said Mr Slavich had raised more than $2 million for charity, was the highest individual worldwide fundraiser for Movember and three times the highest fundraiser in Australia, in addition to extensive fundraising experience with Camp Quality.

“Ivan was a commissioned officer of the Australian Army Reserve and served for six years with OCTU and 23 Field Regiment,” Lt Gen Leahy said. “He has considerable board director experience and is currently a non-executive director of defence and homeland security ASX -listed company Xtek Limited. He has also been on the Service One Alliance Bank board for nine years, and is a graduate and Fellow of the Australian Institute of Company Directors.”

Mr Slavich said throughout his corporate career the most fun was charity fundraising and contributing to the community, which he will continue through Soldier On.

“I have had a successful corporate career. This is an opportunity to really give back to the community so I am looking forward to it.”

He said the key to successful fundraising was articulating why a cause resonated with the fundraiser and their potential contributors.

“Since the announcement I have had conversations with literally hundreds of people who Soldier On really resonates with and they have offered to help without being asked,” he said.

“I think Soldier On has an amazing profile. John Bale [co-founder] and Peter Leahy, the former head of Army, have given it a really good profile. Absolutely I would like to take it to the next level, working at the most senior levels of corporate Australia, the political level and with the general public to lift the profile.”

He said while most Australian knew what returned people faced when they returned to civilian life, that understanding was fairly superficial.

“I believe I have more to learn personally about that as well. I served in the army reserve but I was never deployed to a war zone. I am on the board of Xtec, so I am surrounded by Defence people. Most of the guys on the board have had some involvement with Defence,” he said.

“If you have been skilled in how to fire an artillery gun, it is hard to find the same sort of skill in the civilian area, of shooting a gun, so it is important to re-skill people and finding employment opportunities. There are about 150 organisations which partner with Soldier On to seek employment for ex-military people.”

To learn more about the services and support Soldier On provides, visit Soldier On.

Well done Ivan. As a retired vet it’s great to see this important charity in such good hands. Cheers.

Good luck. Been there done that...

A very worthy cause Ivan - thank you.

Thanks for the kind words

Veronika Sain - 5 hours ago
They could start by building the planned but not commenced Mount Tennent dam. The city will keep growing and it’s silly to... View
News 158

Tamsin Walkden - 5 hours ago
Lorraine Welling Well said. View
Ashley Wright - 12 hours ago
Sharvi Tinnlonga QBN people can agitate all they like, but I am sure the NSW government isn’t going to provide one cent for... View
Ashley Wright - 12 hours ago
Alan Dalling where have you seen plans to say the T2 lanes will disappear? Everything I’ve seen shows it using the median s... View
News 28

Susie Edmonds - 7 hours ago
It was never going to have the wide parameters it needs...thats why it is such a waste of tax payer dollars... View
News 22

Don Stewart - 8 hours ago
Cattle farmers are now receiving around $2000 per head for breeders/ cows & stores/unfinished cattle that need fattening/fini... View
George Lemon - 8 hours ago
Like Albo, he's having a job each way. View
Glen Fuller - 8 hours ago
Yep, support those employed in the industry and transition away. The only federal political leader I’ve seen clearly articu... View
News 2

Paul South - 9 hours ago
Come up with a different economic system that works . Consumption based economics sux .... View
Lin Van Oevelen - 9 hours ago
"because we think we can and to show society that it is not that difficult" And THAT is how you lead!... View
News 2

Zorica Burns - 9 hours ago
You are all legends, God bless. View
Opinion 29

The 1.7 kilometre extension of light rail from Alinga Street to Commonwealth Park via London Circuit will be wire-free, in...
News 80

Chief Minister Andrew Barr has criticised the terms of reference of the Bushfire Royal Commission for not giving a higher...
News 22

Have you seen Ivan?

What you can do for those who’ve served our country

Classic cars and superheroes to cruise for Camp Quality