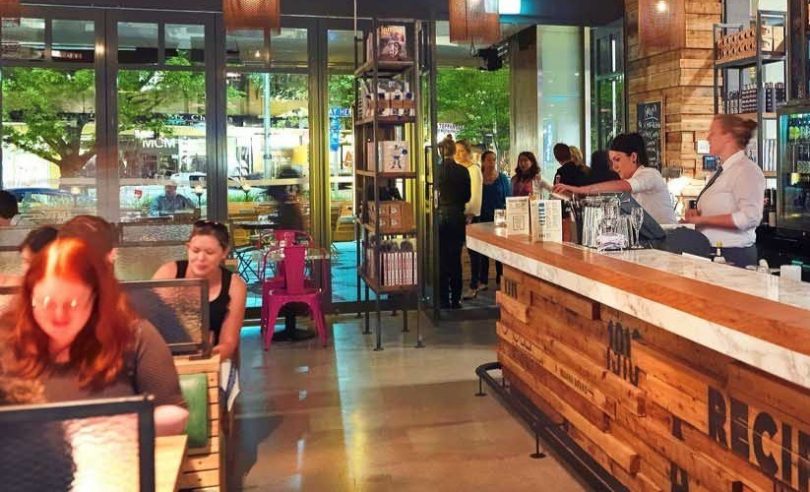 Jamie’s Italian Canberra has not been able to escape the downturn in fortunes for Jamie Oliver’s restaurant empire. Photo: Jamie’s Italian.

Jamie’s Italian Canberra has closed suddenly, with the Canberra Centre restaurant not opening on Monday and the phone disconnected.

Both Fairfax and the ABC reported that a statement from the Jamie Oliver Restaurant Group had confirmed the closure ‘with immediate effect’. 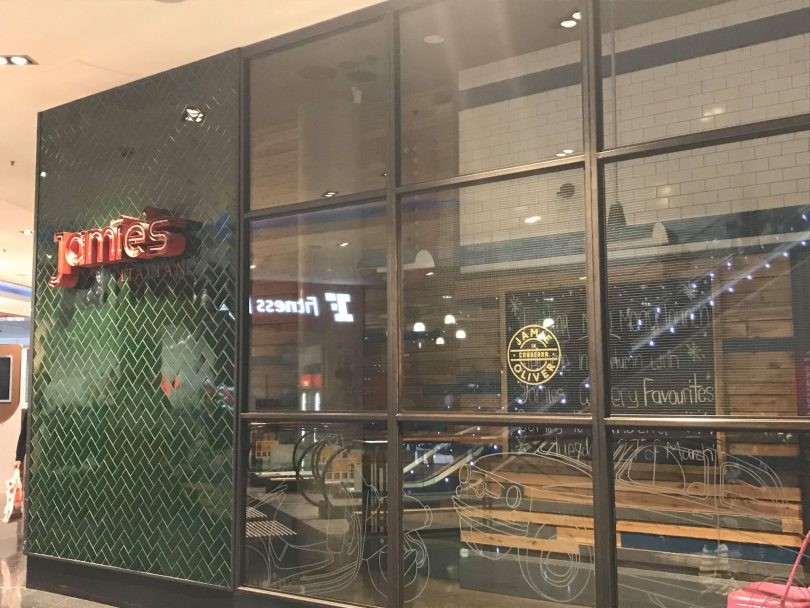 They also announced that Brisbane-based Hallmark Group would take over operating the Australian franchise of the Italian chain.

Jamie’s Italian restaurants in Sydney, Brisbane, Perth, Parramatta and Adelaide will now operate under Hallmark Group, and the Canberra restaurant is the only Australian Jamie’s Italian franchise to close.

The ABC reported that the closure meant 41 people had lost their jobs – 13 full-time and 28 casual. The establishment has said that all workers will be compensated.

Celebrity chef Jamie Oliver took control of his Australian holdings a little over 12 months ago, buying his six Jamie’s Italian restaurants from the receivers of the failed Keystone Group, but since then, Oliver’s UK interests have run into trouble.

Luke Judge remember this place? The staff were great, the food not so much. Our meals were terrible and overpriced.

Yeah strip steak was just that 4 strips of steak 🥩

Helen Pope but what about the $10 meal deals 😱

😯 I feel sorry for everyone except THAT waiter

I have pretty much the same opinion as everyone else it seems. Overpriced food and poor service. I quite like a Negroni as an aperitif, so I know what they are supposed to taste like. The one I was served did not have any gin in it.

We went a long time ago with a group of friends= extremely salty food, poor service/expensive. Vegan/no lactose friend clearly id'ed her needs when ordering = dairy dressing on her food, she ate and sore tummy result. We gave constructive and sincere feedback on the night and later in writing and no acknowledgement of our concerns/resulting problems .. our desire was a simple sorry, thank for feedback, we will take on board ... Famous name franchises unfortunately have little control over the end product ... the name does not always maketh the food served. We prefer realised small establishments/local money in/local produce out to us, more creative/hands on food = happiness for us as customers.

Angela well that rules this option out for dinner!

Woeful customer service and too exey for what it was

Sad that Jamie’s name was in anyway associated with the restaurant grp. They ruined Kingsleys now Jamie’s.

didn't realize 'borrowing' a face washer a few years would cause them to go under :)

Hmmmm luck the boys got out when they did !

Not surprised. Last time I went it was dreadful customer service, average food and to top it off my 4 year ended up with gasto (food induced). Have never been back. Such a shame as it started out really well and was a great place for kids to eat out.

Bring back Zefferelis!!was the best

Christian - as we were saying

Aaron and I walked by on Saturday looking for somewhere to eat and I suggested there. But then we went and had toast instead. I'll never try Jamie's now. Oh well.

Tom Munro Actually it was really really disappointing. I should have had dumplings instead

Amy Vig lucky we went there for lunch!

The chefs and staff will already be snapped up by other restaurants!

Didn’t this happen a while ago?

Some restaurants were said to close, but Canberra was excluded... Until now.

Too commercialised, had better Italian in CBR

Small serves at horrendous prices. Not surprised it has closed..

Sean Nicholls - 6 hours ago
I have leave that day! I'm in. View
Lindsay Burrows - 7 hours ago
Lisa Couacaud fine. I’ll drink for both of you View
Lisa Couacaud - 9 hours ago
Kate Sullivan but practice makes perfect View
News 11

Tara Costigan Foundation closes doors, but the work goes on

Vapiano: A slice of Italy now at the Canberra Centre

@The_RiotACT @The_RiotACT
Bushfire victims who have lost key documents issued in the ACT, such as birth certificates, can have them replaced free of charge, the ACT Government has announced. Ian Bushnell has the details https://t.co/1hyruhZpUM (28 minutes ago)