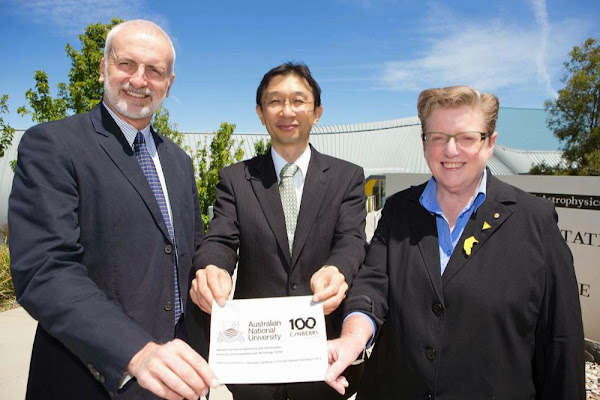 The Centenary Team have the strange news that a Stromlo-Centenary tie-up flag is ascending to the heavens in Japanese cargo:

The General Manager of the Centenary, Adam Stankevicius, said that the flag’s epic journey also acknowledged the 40th anniversary of the Tidbinbilla Deep Space Tracking Station and highlighted the national capital’s unique role in the exploration of space.