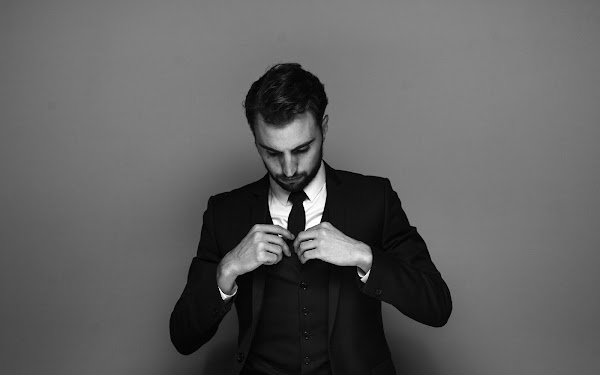 Jay Leno is the talk-show guy with the big chin whose show isn’t aired here in Australia.

We only really know because he’s parodied on other shows that are aired here.

Well the guy that writes his jokes is headlining at the Comedy Club at Civic Pub.

Simon Taylor is a Melbourne/LA based comedian and writer for The Tonight Show with Jay Leno. He has just come back from touring the US, performing everywhere from New York to Albuquerque. Time Out describes him as “a shooting star of the comedy scene,” The Age depicts his comedy as “intelligent stuff from a rising talent” and he is a recipient of The Butterfly Club’s prestigious Under Our Wing Award, previously won by Tim Minchin and Sammy J.

Simon will be supported by some of the best local Canberra comedians, including national headliners and Green Faces Winners, The Stevenson Experience, and rising newcomers in Riley Bell, Shiralee Hood, and Sophie Rajander.

Comedy Club at the Civic Pub is Canberra’s longest running Stand-Up Comedy Club and runs the first Wednesday of every month. Attracting national and international comedians, and supported by the best local talent, it is always a hilarious night out. Booking in advance is recommended, as it often sells out.

For more information, and to book tickets, go to www.comedyact.com.au.

Leno has been broadcast on Foxtel for many years. Not sure if it’s still showing or not, but the Leno / Conan late night double was a staple on the Comedy Channel for a long time.

I’ve certainly gotten a chuckle out of some of his jokes (presumably written by Simon or another staffer) in the past. Good luck with the stand up gig, Simon.

I’ve seen a fair bit of Leno in the US while channel-surfing my way through miserable sleepless jetlagged nights in anonymous hotels all over the country, and I never thought he was that funny.

Still, I wish Mr Taylor well, because standup comedy probably involves putting yourself on the line more than any other entertainment gig I can think of. I don’t think I could do it, and I know I’m as funny as hell because my kids tell me so. 🙂

Johnathan Davis for Brindabella - 1 hour ago
I understand what you’re saying Neil. As keen as I am on light rail, I appreciate it won’t happen over night. That’s wh... View
News 1

Capital Retro - 18 hours ago
That's the way it used to be but that is now part of the cancelled culture. View
HiddenDragon - 20 hours ago
"Mr Dubey had apparently gone off message during campaigning..." Could be interesting - we all know what happened in Oxley in... View
News 57

Georgie Newhouse - 20 hours ago
Colin Ball whats the bet it wont happen View
Steve Gannis - 21 hours ago
Wow are they serious!! View
Martin Silsby - 23 hours ago
Once again, developers seem to get around pesky traffic issues or parking requirements. Gungahlin is a nightmare already of a... View
Community 13

Ziggy Zangl - 23 hours ago
Chelle Belle... Did you find the cheapest Skip? I need one.... View
show more show less
*Results are based on activity within last 7 days

A group of religious schools are accusing ACT Chief Minister Andrew Barr of using COVID-19 health regulations as a cover...
*Results are based on activity within last 7 days

@The_RiotACT @The_RiotACT
The Master Builders Association says that delaying Light Rail Stage 2A is bad for Canberra's construction economy and will cost jobs, opportunities and apprenticeships as well as letting the voters down https://t.co/Augs7ytLRu (26 minutes ago)