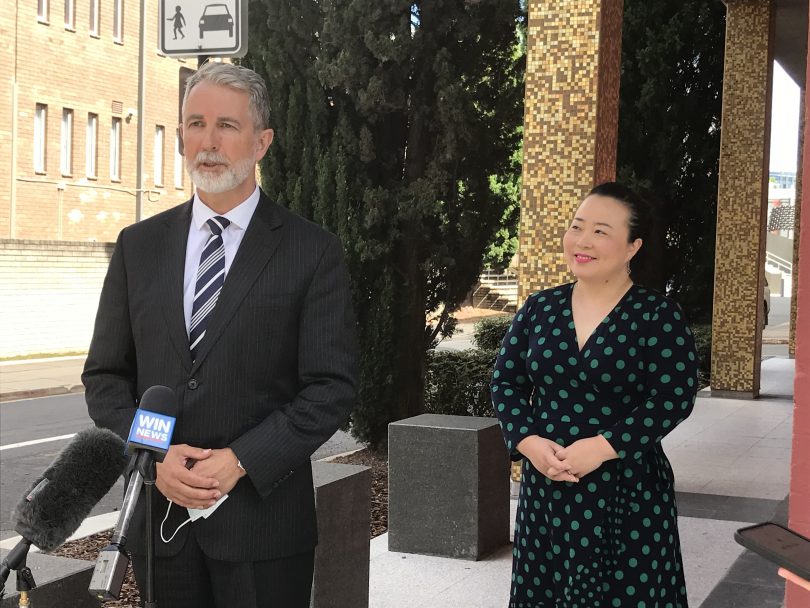 Only a day after the shock resignation of Giulia Jones as deputy leader of the ACT Opposition, the Canberra Liberals have announced Jeremy Hanson will fill her role.

Mr Hanson was elected ‘unopposed’ in a party room vote this morning (1 February).

Opposition Leader Elizabeth Lee announced the change while at the same time outlining a major reshuffle of her party’s shadow portfolios.

Ms Lee also hit back at comments made by the Chief Minister yesterday when he suggested a “significant relationship breakdown” between the Opposition’s first all-female leadership team had been behind Mrs Jones’ departure.

Mrs Jones said she stepped down as deputy leader to spend more time with her family. Mrs Jones and her husband Bernard have six children.

“Like so many Canberrans, I have felt very keenly the ongoing pressures of the coronavirus, a situation that will remain volatile and uncertain for some time to come,” Mrs Jones’ statement read yesterday.

Ms Lee said Mrs Jones had “been through a hugely challenging time through the pandemic” and suggested Mr Barr’s comments showed he was out of touch and unable to understand the toll the pandemic had taken on Canberra families.

She again applauded Mrs Jones for taking the “difficult decision” to step down from her role. 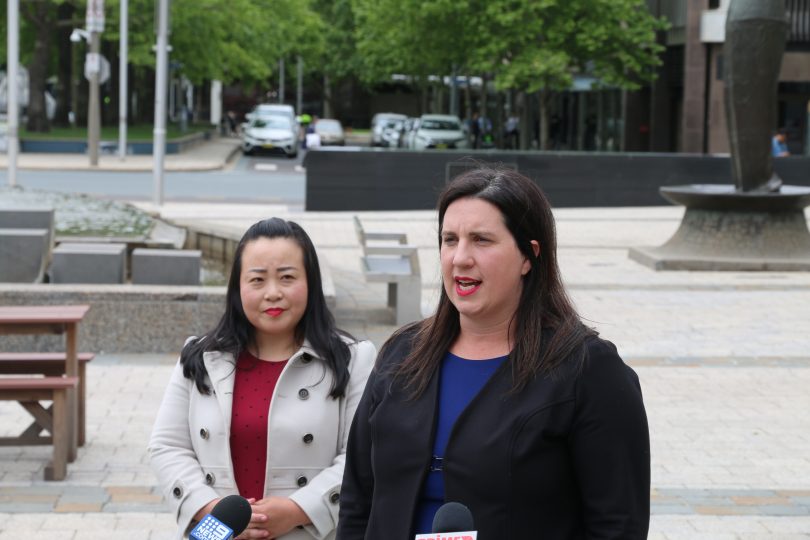 “There’s no doubt that Health is a massive portfolio, and especially in the last two years, I don’t think there’s any doubt as to the heavy toll that being the health spokesperson has been,” Ms Lee explained.

“With Giulia’s desire to spend more time with her family, I didn’t think it fair to leave Health with her.”

Health, Mental Health, and Wellbeing will be given to Leanne Castley, who will also retain Business.

“Leanne is looking forward to the challenges of that portfolio, and I have no doubt she will bring new energy to the space.”

Ms Lee thought it “terribly unfair” to make comparisons between Ms Castley – who is also a mother – and the recent decision of Mrs Jones to step down from her role to spend more time with family.

“To be honest, the thought didn’t even enter my radar. I take what Mrs Jones has said solely as [her position], and I think that would be terribly unfair to put to Leanne – just because she is a woman – that her family life might get in the way. I would never do that,” Ms Lee argued.

“I think the comments of the Chief Minister do not help working mothers to actually make that really difficult decision to step down and decide [to spend time with family]. We know there is the stigma attached to that.”

Ms Lee will pick up Energy and Emissions Reduction while retaining Treasury and Climate Action, as well as Economic Development, Tourism and Major Projects.

Lastly, Nicole Lawder will pick up the position of Opposition Whip from Mr Hanson, as well as Environment and Heritage and Water from Ms Castley.

Both Ms Lee and Mr Hanson are moderates, although neither would be drawn into commenting on whether factional differences had played into the events of recent days.

“I think people play into those sorts of games, but at the end of the day, with any team of nine people, you’re going to get differences of opinions,” Mr Hanson said. “There’s more that unites us than divides us.”

Ms Lee said she was looking forward to working with Mr Hanson, whom she described as having a wealth of experience.

Today, Mr Hanson dismissed questions about whether he would be likely to make a tilt for the leadership again, although he didn’t explicitly rule it out.

You have to wonder if the libs would be better splitting their party in half( Hard right vs Centre). At least that way there is less publicity of the changes. At least then the people could choose the leader they want or better yet have a US style Primary.

That said we really have no hope of opposition in Canberra when its the liberals. We’re better off having a 3rd party that has Canberra objectives for the majority of Canberra not a smaller version of the Federal Liberal wannabe’s. Labor is too focused on the noisy minority that a bare bones party could take it from them.

Labor’s been in power in ACT for 21 years. No chance of a change

Just when you think that, at last, the Libs may have made themselves electable, they return to the past. That means we must survive 4 more years of a Barr government. Come on, Libs, at least give us a reasonable alternative.

Have you heard of deju vu S4-11? It’s called Groundhog Day! The Canberra Liberals have a funny way of repeating themselves over and over again attempting to get it right.

How many Canberra Lib MLAs could most Canberrians name?
I expect, not many.

If we exclude Ms Jones, amongst their number the Canberra Libs have 2 others who been in a leadership roles. The chances of a past leader resurfacing, was pretty high.
Apart from Mr Parton, I’m not sure who of the untried, would be suitable?

Kenbehrens,
Yes I don’t know how people could be critical of this.

Particularly when the same people would have previously been complaining that Guilia Jones was too conservative for the Canberra electorate.

Surely Jeremy Hanson moving in to this role would enhance their chances.

I imagine most Canberrians could not name many members of the ACT Legislative Assembly opposition because they are invisible. Basically they hide away for an entire term doing nothing to hold the Government accountable, then emerge about a month before an election with a plea ” Please let us keep our jobs so we can keep earning money for doing nothing”. Once re-elected they go back into their boxes. I bet the current crop are really annoyed with Covid, because it has curtailed their ‘fact finding missions’ to resorts, international sporting events and other junkets that they were expecting to take.

Long lunch,
Your description could equally apply to the ALP and Greens members beyond the leadership.

These days they mostly pop their heads up to whinge about fringe issues or things completely out of their purview.

longlunch, fact is ACT politics gets little media coverage, and the opposition gets even less than the government. Opposition MLAs work long hours holding the government to account, but it only tends to be people paying attention who know about it. As for MLA travel, if you followed ACT politics you’d know that there are no allowances for back benchers, which includes the Opposition, to undertake study and fact finding trips, but they still do it paying from their own pocket. The ACT opposition must be the most under resourced opposition in the country and yet ACT voters punish them for not having fully fleshed out policies come election time while at the same time not even looking at the government’s litany of failures.