Jerrabomberra Community Bank celebrates 6 years of giving back to Canberra 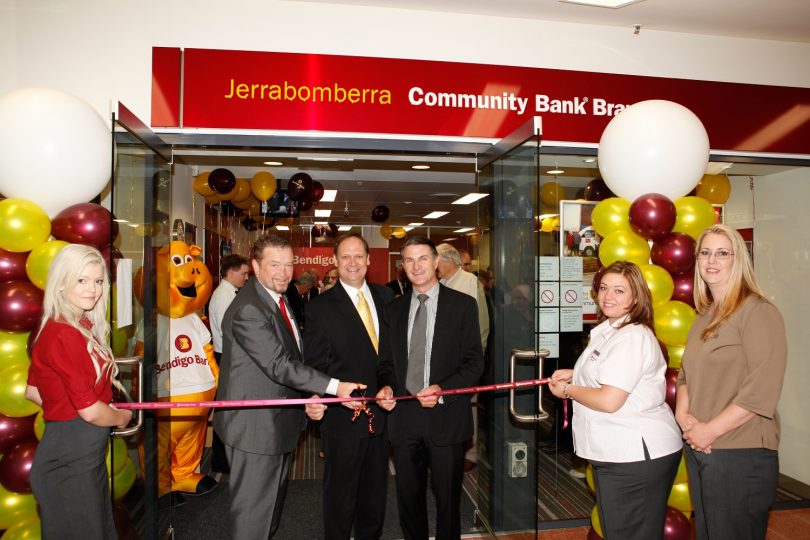 In 2011, banking was a little difficult for the residents of Jerrabomberra. With a population of 9,420 and not a single bank branch to serve them, the locals would have been forgiven for thinking they’d been hard done by.

But what many didn’t know was that a passionate Jerrabomberra resident had been working hard behind the scenes for almost five years, dealing with setbacks such as the worst financial crisis since the Great Depression, to bring banking services to the area. And in November 2011, his hard work paid off with the opening of Jerrabomberra Community Bank branch of Bendigo Bank.

“I approached Bendigo Bank in late 2006 after our local shopping centre opened and the community found that no bank was willing to open a branch. Bendigo Bank came out to Jerrabomberra in early 2007, and when I explained our situation and the potential of the area, they were keen to see a Steering Committee established. So I organised the Steering Committee and within a few months and with their help, our campaign started to build our own bank.

“What I didn’t realise then was the scale of the task ahead given that in 2008 the world suffered the greatest financial disaster since the Great Depression. It took nearly five more years and the assistance of two established Community Bank Branches, Calwell and Wanniassa, to eventually open the doors of Queanbeyan’s first Community Bank in Jerrabomberra.”

Brian says that the importance of having a bank in Jerrabomberra became even more evident as the population grew to larger than Cooma (which has several Banks and credit unions), and the new primary school was established and local small businesses began to grow.

They regularly sponsor the local primary school fete amongst many other local not-for-profits, and were instrumental in a $15,000 grant pledged to Six Degrees Café at Mount Stromlo High School, which opened its doors in May this year. The café provides a workplace training environment for students with learning and development disabilities who learn to make coffee, serve customers and work as part of a team to help them gain important life skills and improve self-confidence.

“Even before the Jerrabomberra branch opened, and to show we were committed to supporting the community, the Calwell and Wanniassa Community Bank branches donated $50,000 to Home in Queanbeyan (a community initiative to support people with mental illness who cannot live independently). This has become a home grown success and is now a model for others across the nation. 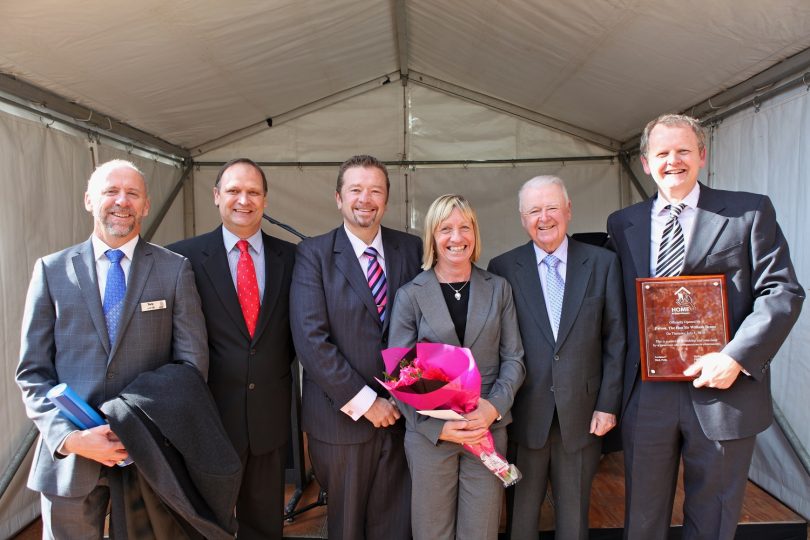 Presenting a cheque to Home in Queanbeyan

“It was this commitment that has seen more shareholders come on board to support the new bank, including the local Junior Tigers AFL, Canberra Airport, Canberra Investment Corporation and Village Building Company to name a few.”

“The Canberra Community Bank Group has given around $300,000 to the Queanbeyan/Jerrabomberra region – funds that would not have been available had the bank not been established.”

To show your support for the branch by joining as a member, visit Jerrabomberra Community Bank in the Jerrabomberra Village (Limestone Drive, Jerrabomberra) or give them a call on 6299 8357.