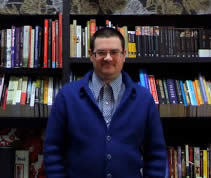 The Canberra Times have given the 2014 Fringe Festival Creative Director, Jorian Gardner the Kim Kardashian of Canberra, some further publicity yesterday afternoon in an article posted on its online edition.

Canberra Times Journalist, Tom McIlroy reports that after months of public lobbying, Mr Gardner has received a formal right of reply as he claims he has been left feeling ‘embarrassed and defamed’ following a political debate sparked by an Adolf Hitler themed strip performance at the Canberra Fringe Festival earlier this year.

Mr Gardner presented a four-page document clearly indicating he found comments made by Canberra Liberal members, Jeremy Hanson, Giulia Jones and Brendan Smyth to be inappropriate. In highlighting his point, it appears that Mr Gardner questions the political and professional integrity of the members in a scathing account of how he believes to have been portrayed by the Liberals.

According to yesterday’s article Mr Gardner appears very keen to clear the air in regard to how he received his appointment as the festival’s Creative Director. In his reply, Mr Gardner has stressed that he did tick all the boxes when applying for the role and never acted inappropriately when dealing with public funds.

Any publicity is good publicity, right?

I found Jorian quite refreshing when he was on 2CC and found it amazing and rather ironic that a station that has the lambasting, perpetual conspiracy theorist Alan Jones on it thought Mr Gardner’s views were too extreme for their listeners!

After the grotesque SkyWhale creation was foisted on us in the name of art, Jorian should be applauded for delivering real art.
I mean the aggregate outcome was that Sky Whale offended a lot more people than Jorian’s Hitler spoof did and Sky Whale cost us ratepayers heaps more.
Then there some in our community that demand to be offended.

In the spirit of reconciliation maybe Jeremy, Giulia and Brendan could reprise the “Don’t mention the War” sketch from Fawlty Towers at this year’s Canberra Fringe Festival.

Colleen Whichelo - 35 minutes ago
Wow that's gorgeous View
Noni Evans - 2 hours ago
Catherine Mckean not the same as visiting but at least you will be able to see them this year. View
Jennifer Brodie - 5 hours ago
Are they selling tulip bulbs this year ???? View
Community 16

Tony McKillop - 1 hour ago
But what about the Cygnets? View
Bec Higgins - 1 hour ago
Liz Higgins Mandy Tait get the calendars out!! View
Hannah Alice - 1 hour ago
Brendan Pullen finally a form of betting I can get behind!... View
News 18

Simon Wheaton - 5 hours ago
Reading reports from back then, he was even dodgier than our current politicians! "It might be noted, incidentally, that O'Ma... View
News 32

UPDATED 3:00 pm: Chief Minister Andrew Barr isn't for turning on the government's cautious approach to its pathway out of lockdown,...
*Results are based on activity within last 7 days

@The_RiotACT @The_RiotACT
One look at this week's newsletter and you'd think kangaroos had taken over Canberra... hop to it! Subscribe now for all the latest stories straight to your inbox https://t.co/XVdXBWjSeq (10 hours ago)

@The_RiotACT @The_RiotACT
Planning is well underway for the inaugural 'Great #Queanbeyan Duck Race Festival' next April that will see thousands of rubber #ducks float down Queanbeyan #River to raise funds for local charities https://t.co/VWu1CC4RSv (11 hours ago)