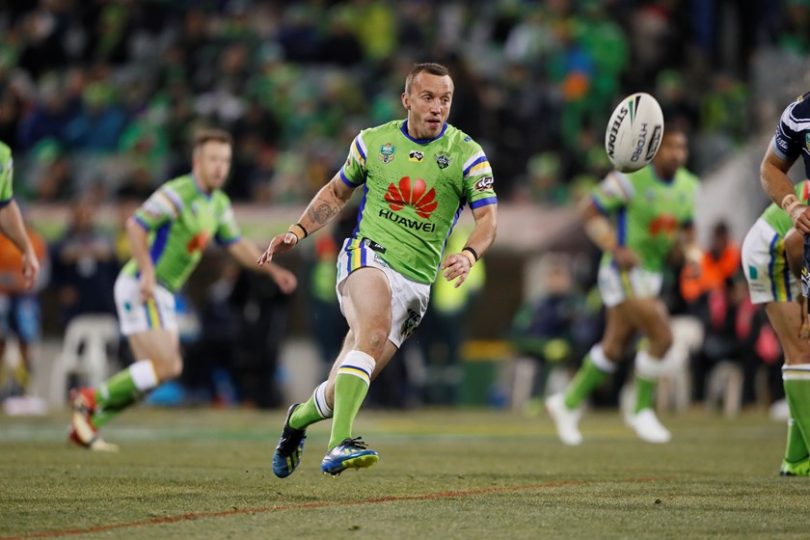 Josh Hodgson will take the captain’s armband for the rest of the season after Jarrod Croker’s season-ending knee injury. Photos: Supplied by Canberra Raiders.

Raiders hooker Josh Hodgson has sent an ominous warning to the Cronulla Sharks after the English international said he believes the captain’s armband will make him a better footballer.

Hodgson will lead his side out onto Shark Park on Friday night (20 July) after Jarrod Croker’s season-ending knee injury against the Cowboys last Saturday night.

It’s not the first time Hodgson has led the Raiders onto the field after he was thrust into the role early last season when Croker was on the sideline with a similar knee injury. The 28-year-old said he was relishing the chance to lead the team once again and believes he is ready to shoulder the extra responsibility.

“When you’re captain and a senior player on the field you’ve always got to be one of the more vocal players and leading by example. You can’t be telling people to do something if you’re not doing it yourself. It holds me accountable and makes me better on the field.”

The Raiders finals chances received a massive blow when Aidan Sezer injured his hamstring during goal-kicking practice on Tuesday afternoon (17 July), forcing the halfback on to the sideline for the next two to three weeks.

The Green Machine will also be without fullback Jack Wighton, who has been suspended till the end of the regular season due to off-field indiscretions, New Zealand international Joe Tapine who is serving his second of a two-week suspension and prop Shannon Boyd, who is recovering from a calf injury.

With the side missing five key players, Hodgson believes the negative could be turned into a positive with young inexperienced players forced to stand up and be counted.

“Sometimes it can make you a better team. Everyone knows that you have to give that extra 10 per cent and you have got to give it a little bit more with a few people missing so it can work both ways,” he said.

“With Aidan [Sezer] out, I have to take a bit more control of the game. Aidan is very vocal on the field for us, especially when we get down to the other end of the field.

“I’ll just make sure everything’s clear and make sure everyone knows what we’re doing before we go anywhere especially with a few changes to the side.” 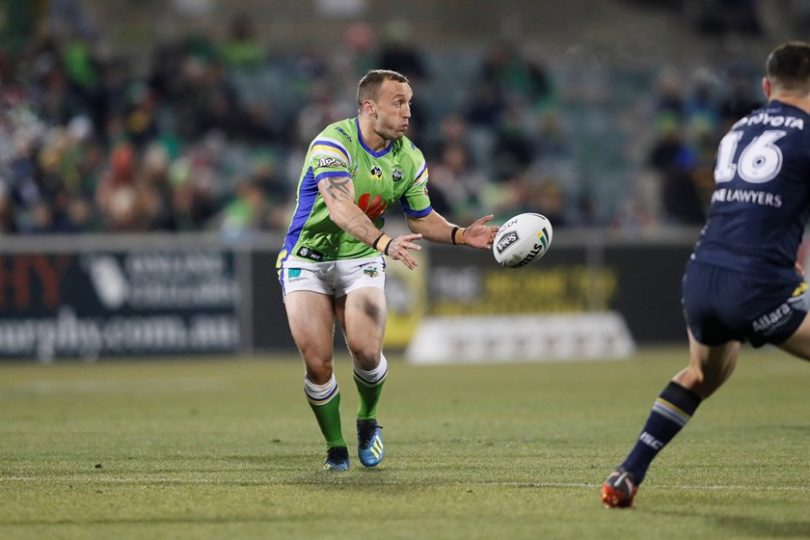 The ninth-placed Green Machine sit two wins outside the eight and need to win almost every game for the rest of the regular season to keep their finals hopes alive.

Cronulla, who are sitting inside the eight, is desperate to continue their rise up the ladder, with the Sharks pushing for a top-four spot but a loss could see them sitting just inside the eight with the Broncos and Raiders breathing down their necks.

Shane McMinn - 11 hours ago
Quangers, or the Socialist Republic Of Queanbo.. View
MERC600 - 12 hours ago
Quangers has it all over Canberra these days. No graffiti , grass mowed and no rubbish floating about. The other article on t... View
Community 4