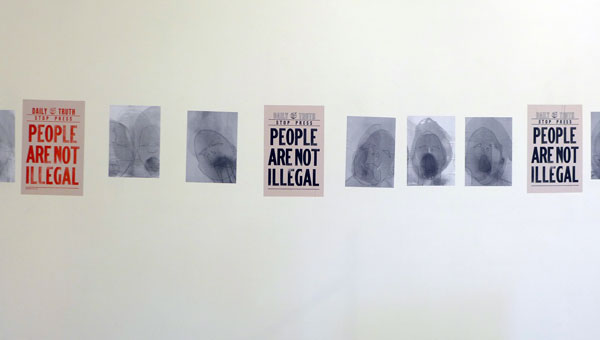 The Tuggeranong Arts Centre Gallery has three exhibitions on till the end of October that make the visit worth while – and more.

This exhibition has combined the works of eight artists across various media. While some works aims to focus on the lives of the people stuck in limbo on Manus and Naru, others deal with the plight and situation of refugees in other locations such as one in Algeria. 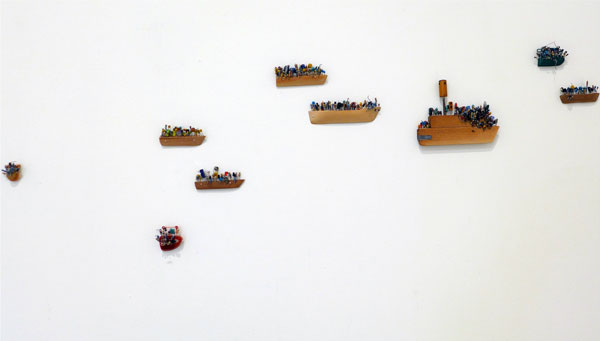 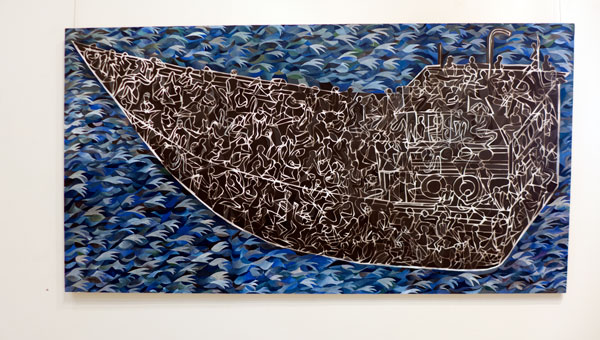 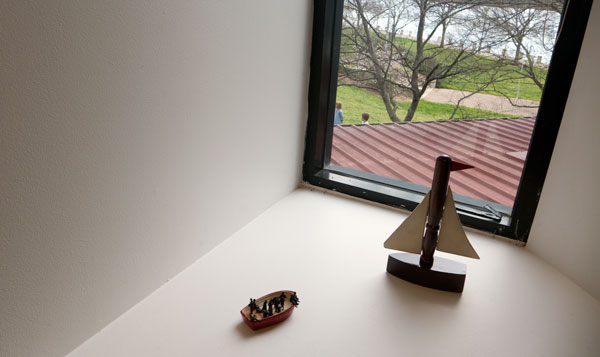 You could not help but be moved by these works. The messages are clear. I recommend you take your time, get along to the gallery and take in these works. Congrats to the artists – Sean Davey, Lucile Carson, Euan Graham, Mona Khizam, Penny Ryan, Barak Zelig, and Nicci Haynes and Caren Florance.

I’m From Here, I’m From There

With so much of Australia’s population being first generation or second generation migrants, so many Australians have stories about the place they left, what brought them here, what remains important to them and what life in Australia means. 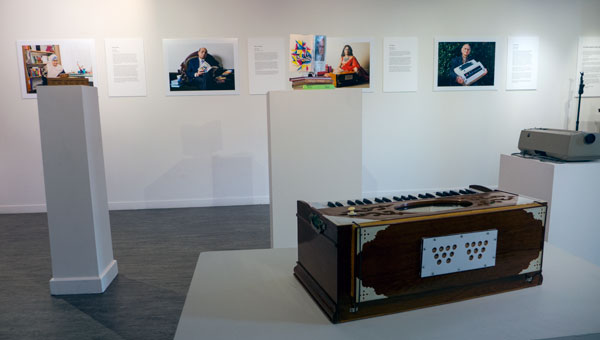 The stories are presented on a series of boards with a photograph and text. Alongside the wall pieces are the actual objects each of the participants mentions. The exhibition works on many levels including reminding us that so many people in Australia while being very Australian (whatever that is) also retain strong links to other cultures and identities. It has always been so in Australia.

The exhibition was brought together by British/Pakistani writer and community development worker Irfan Master with photography by Hardy Lohse.

and now for something completely different..

Stephen Harrison’s latest exhibition jumps back again into that strange gothic world that Harrison has visited many times in previous artworks. This time around he has used sculpture, in various media, as well as photographs. 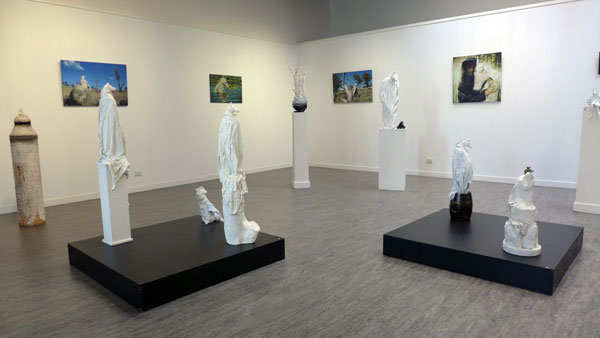 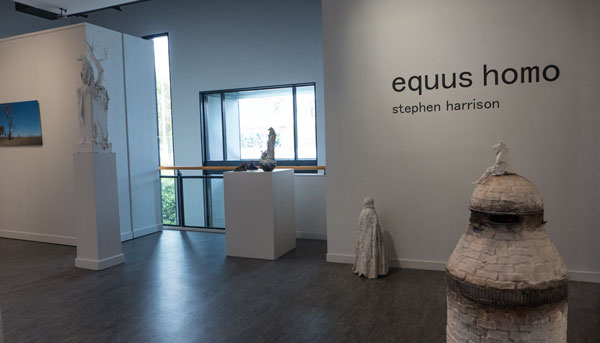 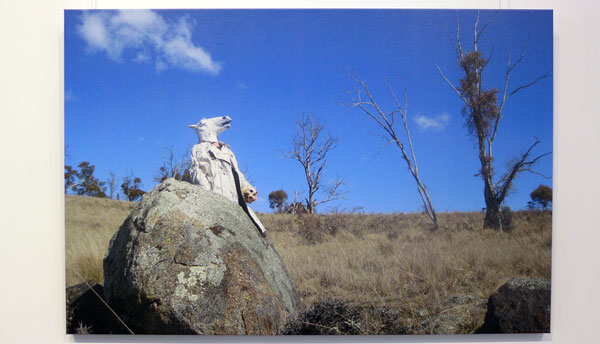 I think Stephen wants us to imagine that there is something very gothic-like wandering around in the mountains of the Kosciuszko National Park. I realise such places can be quiet and eerie, but I am not sure we are ready for such encounters. Or is this again something weird from the soul of Stephen Harrison? Over to you to find out.

The photographs were very wonderous being on his theme of the introduced species – the horse man. Is it a tragedy – something Frankenstein-ish?

These three exhibition once again demonstrate the value of an arts centre to the surrounding communities. Well done to all involved.

For all this and more – make your way to the Tuggeranong Arts Centre – before 29th October. Click here for opening hours etc.

Postcards from Gungahlin: creating a collective portrait of place