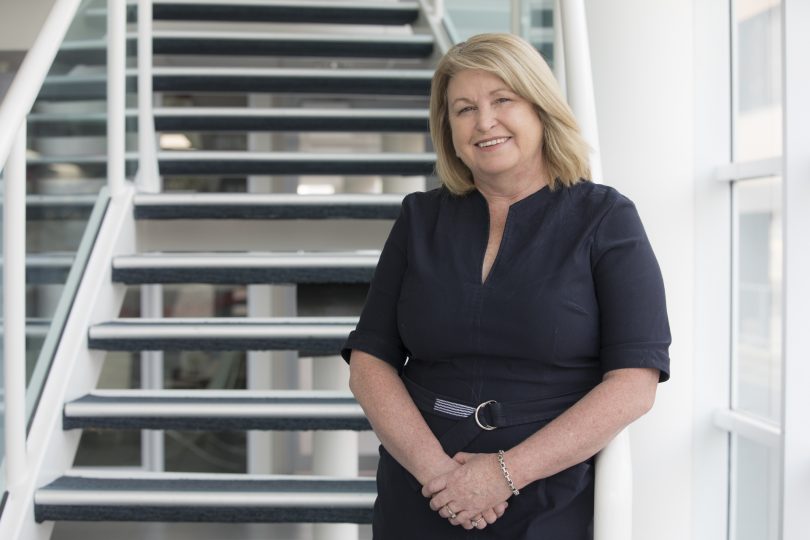 PayMe managing director Maria Lindgren says many payroll companies have been planning for the 0.5 per cent super increase for the past two months. Photo: File.

Many Canberra workers will see a drop in their take-home pay when the superannuation guarantee is lifted to 10 per cent today (1 July) and gradually increased to 12 per cent before July 2025.

The super increase will be paid by the majority of employers as an additional remuneration, however where an employee’s salary package is inclusive of superannuation, more of their fixed salary will go into super, meaning less in their pocket on pay day.

RSM Australia senior manager Young Han says the outcome all depends on how each employment contract is written.

“Where superannuation is added on top of wages, employers will need to factor in the increased amount of superannuation guarantee on top of current remuneration paid to employees over the five years,” she says.

“Where the salary package is inclusive of super, there will be a fall in employees’ net pay as more of the wage component is paid as super guarantee due to the increased super guarantee rate.

“More goes into super and less into take-home pay.”

RSM Australia financial adviser Chris Oates has crunched the numbers and, based on the average earnings for Australians of $66,575 per annum, he says a 30-year-old employee’s superannuation balance will be approximately $60,000 better off, based on an eight-per-cent-per-annum after-costs return over 37 years.

Young says RSM has had many queries from both employers and employees about the incoming changes.

“If your contract is written to say ‘inclusive’, employers do not have to, but can choose to pay 0.5 per cent more super for the employee,” she says. “However, if it’s on top of the salary, employers do have to pay the increase on top of the current remuneration amount.”

PayMe managing director Maria Lindgren says many payroll companies have been planning for the 0.5 per cent increase for the past two months.

“With more than 1000 people to pay each month, and multiple pay cycles, the end of the financial year and the need to be exact, all PayMe payroll systems have been updated, CRMs have new scripts and significant training has occurred,” she says.

“The change will be relatively straightforward for the majority of employees in the ACT because the increase has no effect on cash in hand.

“On the other hand, most employers will experience a 0.5 per cent increase in salary costs because the employer’s payment to each superannuation fund will increase by 0.5 per cent.”

However, Maria says this is not the case in the labour hire industry because the majority of workers are casual labour hire employees who are engaged on a set rate by contract.

“These workers are usually referred to as contractors, and the 0.5 per cent increase comes out of their contract rate which lowers their take-home pay by 0.5 per cent and increases their superannuation guarantee payment by the same amount,” she says.

“While that sounds a lot, for the majority it relates to around 50 cents an hour.

“Looking long-term, the key outcome is that contributions to superannuation are increased.”

Maria says the complexity for PayMe comes in because contractors are paid on a variety of pay cycles, such as weekly, fortnightly, bi-monthly and monthly.

“It depends on the pay cycle within their contract with their recruitment company, and we have to take into consideration that recruitment companies who employ the contractors each take a variety of approaches to the increase,” she says.

“Some recruitment companies are absorbing the rate increase so the actual take-home pay is not affected, however others are not.”

Many payroll companies have been working hard in the run up to the 1 July implementation date, testing payslips for accuracy, considering the needs of each recruitment company, and ensuring there are no surprises for contactors on their first pay in July.

A failure to pay correct superannuation payments can result in significant penalties.

Find out how PayMe can help your businesses. For business advice, speak to the team at RSM Australia‘s Canberra office.

Most non public servant full time staff will be reduced because years ago employers changed their contracts to be inclusive of Super, when this increase was first proposed.

Bryce Wilson - 2 minutes ago
Taylor Masters something for the kids to do. View
Dani Yell - 9 minutes ago
Debra Tighe we did! We left it for someone else to find and enjoy. 😊... View
Debra Tighe - 36 minutes ago
Dani Yell, neil said you found one the other day😊 View
News 21

Annie Wyer - 35 minutes ago
They do know about Myrtle Rust, don’t they? View
News 1

gazmos - 55 minutes ago
A pity the ACT Government spent $1.5b on Light Rail rather than on health and education. Now we the residents are paying for... View
Lifestyle 3

Sandra Naden - 1 hour ago
Lynne Mortimer , I think you may have a few more than this!! View
News 15

Futureproof - 2 hours ago
I quit one job aged 60, got another job no problems. Then I quit that job as the previous employer wanted me back. No uni deg... View
Maya123 - 2 hours ago
I will add to my other comments on ageism. Once I was part of an interview panel and was the youngest member on it. We interv... View
Lottie Maree - 2 hours ago
I’m in my early 30s and have been told my age is already a barrier in accessing employment. From mid 20s onwards it’s bee... View
Motoring 3

Capital Retro - 2 hours ago
I concocted a nesting box almost exactly the same as the one depicted in the last image in this article and placed it in a Ne... View
Carolyn Drew - 2 hours ago
And even more trees will be cut down when the planned crematorium next to the Callum Brae Nature Reserve is built. Totally ir... View
Acton - 4 hours ago
Meanwhile the Greens, once an environmental party and elected on the basis of its false claims to protect Canberra's environm... View
Property 10

@The_RiotACT @The_RiotACT
Sticks, twigs and thread from people's washing lines might be easy enough to source, but tree hollows are the increasingly rare gems of the bird property market https://t.co/Tak0XGIPKz (37 minutes ago)