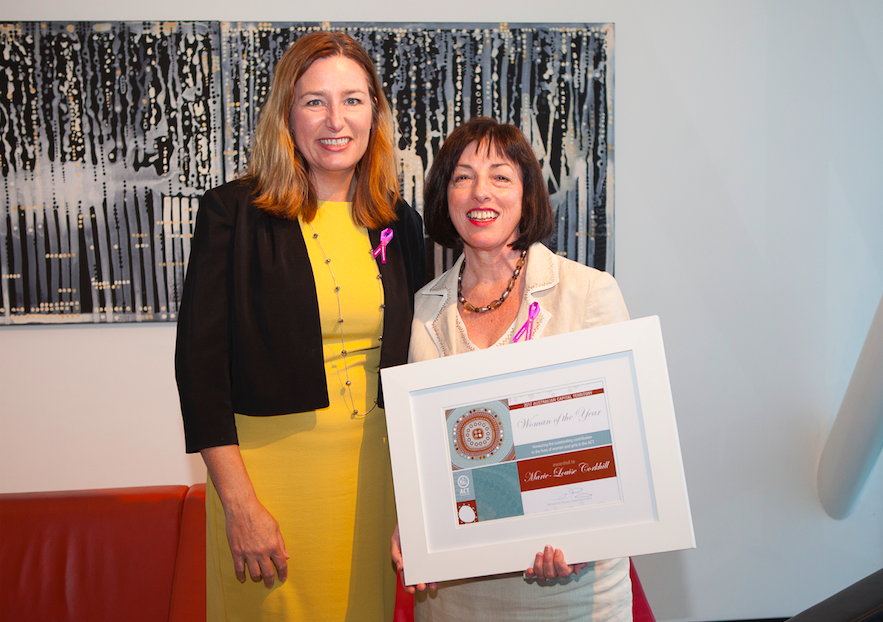 Marie-Louise Corkhill, who has spent the last two decades supporting pregnant and parenting women in crisis at Karinya House, is the 2017 ACT Woman of the Year.

As Karinya House’s executive director, Marie-Louise has been a tireless worker in the organisation for over 20 years. Since its inception, the non-profit has helped over 5,500 women in the ACT region.

Marie-Louise was Karinya House’s first staff member in 1997. She was instrumental in growing the organisation from a three-bedroom house into a purpose-built residential complex with a Mother and Baby Unit.

Francesca founded the Fifty50 program, which aims to help young women develop a career in science, technology, engineering and maths. The student-led initiative hopes to close the gender gap in STEM professions.

Andrea was recognised for her work establishing and building women’s football in the ACT region.

The ACT Women’s Plan 2016-26 launched at the awards. It details the actions that all ACT Government Directorates will undertake to promote gender equity, wellbeing and physical and mental health of women and girls in our community.

The plan will involve building understanding through research and analysis, undertaking innovative actions for change, evaluation and review.

What determined and committed women. Bravo!

Congratulations to Marie-Louise Corkhill, Francesca Maclean and Andrea Hotchkiss for your great work in the Canberra community. The International Women’s Day Awards is a great initiative of the ACT Government when we get to find out the work of local women doing extraordinary work.