I think Steven is a little over excited about this:

‘I think this choice demonstrates that there is more to Katter’s Australian Party than meets the eyes of those who lack imagination and the ability to analyse; who are too self-righteous to question themselves; or who are too lazy to change the political statuesque in our country.’

‘As an endorsed candidate I welcome Blundell and extend to him a hand of comradeship for what will be the roughest ride into town yet!’

As James joins Bob and Steven on their rough ride into town perhaps he will play them a song. 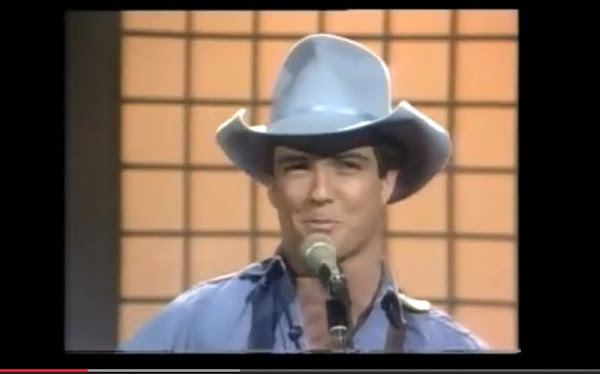 So are we supposed to read all your policies with our minds on what you might have meant to say, rather than what you did?

A bit like Pictionary, but with the pictures drawn by an intellectually disadvantaged marmoset?

If the hat fits, wear it…

“Status quo” would be my guess at the intended wording.

Isn’t James Blundell the guy who wrote that song about how terrible it must be to live in a city?

Statuesque looks a lot like autocorrect – here’s hoping at least

If this trend continues, they could change the name to the Hat Act Australia Party.

‘political statuesque’…..I had no idea that statuesque was a noun.

I have visions of a queue of political statues.

Dony Teller - 2 minutes ago
We just HAD a major fuel load reduction mate (facepalm)... View
Frank Trapani - 12 minutes ago
Steve Hambridge. Why Ask them when we have the environmentalists or the Green?? View
Steve Hambridge - 1 hour ago
Why do we need experts? We can get all of our science from Andrew Bolt and Alan Jones........ View
News 125

Amanda Evans - 10 minutes ago
Craig Elliott I agree. Its bloody ugly and looks like a prison. Where are the gardens? the trees? the amenity? View
Amanda Evans - 11 minutes ago
Meegan Ward with plenty if shade trees! View
Jordyn Gibson - 41 minutes ago
Jessica Musulin great news for next time ANU hosts a major 👀 View
Opinion 37

Daniel Duncan - 15 minutes ago
Both sides do the same thing. The only way we can get rid of them is to vote them out. View
Frank Trapani - 44 minutes ago
Malcolmo Oz. No . What I am saying is; "she has not been charged with anything yet," and until is proven that she's done some... View
Malcolmo Oz - 46 minutes ago
Bethany - +1 on the federal ICAC. However, I wouldn't necessarily pin my hopes on a Labor govt delivering one. It seems that... View
News 10

@The_RiotACT @The_RiotACT
Get ready to eat & drink your way around the world at this year's National Multicultural Festival, which will be headlined by music icon Vanessa Amorosi & former MasterChef winner Adam Liaw https://t.co/h8PWkTS0Jd (29 minutes ago)