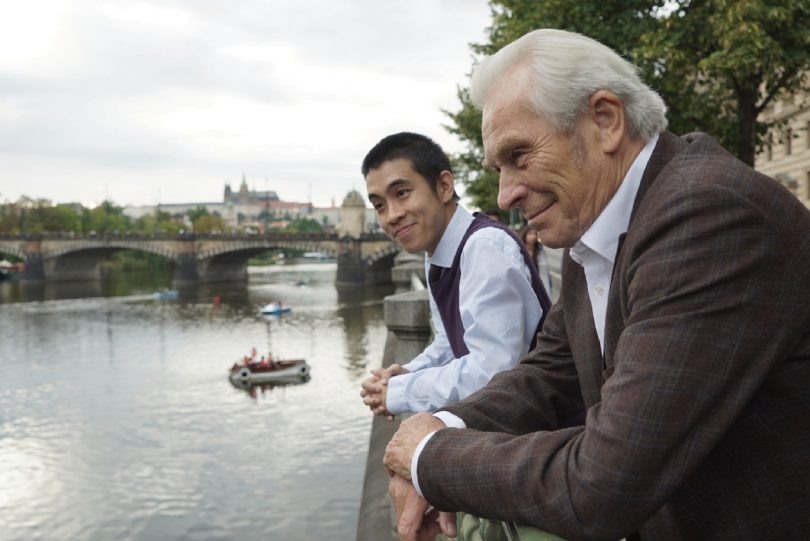 On Friday, 5 October, On The Roof (2018) will tell the story of two intertwined characters from very different backgrounds. Photo: Supplied.

Cinema season is well and truly upon us in the ACT.

This year’s Czech & Slovak Film Festival (or CaSFFA as it’s affectionately known) is about to kick off at the National Film and Sound Archive’s Arc Cinema, and the program sports a pertinent mix of political themes and some hidden gems of European cinema.

“This year’s theme is ‘keys to the city’, in reference to the Velvet Revolution of 1989 which took place 30 years ago,” says artistic director, Eleanor Colla.

The Velvet Revolution saw hundreds of thousands of Czechoslovakians take to the streets, rising up against the one-party Communist government. Though the program revolves around this theme, it also throws up a mix of genres and styles. From slow-burning thrillers to endearing character studies and family moments, there’s something for every taste at this year’s festival.

The festival kicks off with a screening of On The Roof (2019). It’s a charming, universal story about two characters who, on the surface, are about as different as they come: a young migrant from Vietnam and a chess-loving senior citizen.

“This film, in particular, really deals with some of the issues happening at the moment, not just in Europe but around the world,” says Colla.

“The two characters both feel cut off and isolated in Prague for very different reasons. And whilst initially their friendship and relationship doesn’t start on the best of terms, they do come to rely on each other in some interesting ways.”

On The Roof had its Australian premiere in Melbourne this month and, with positive responses from audiences and critics alike, this is a rare opportunity for Canberrans to experience the story for themselves.

Opening night tickets include a Becherovka cocktail upon arrival (if you needed any further incentive to make a night out of it).

Something For Everyone
Saturday, October 5

Intimate Enemy (2018) is a slow-burn thriller that explores the relationship a young married couple share with their technologically advanced Smart House. It’s an intimate, tense exploration of something that could easily become a reality.

There’s a lot here for the whole family to enjoy as well, with Mimi & Lisa: A Christmas Lights Mystery (2018) and Christmas Wish (2018) both screening on Saturday. The Czech Republic, in particular, has earned a reputation in recent years for its innovative and striking animated cinema, making Mimi & Lisa an exciting chance to get the kids involved in the festival.

Closing out the festival is a rare screening of Czech Film Critics Award-winning film Jan Palach (2018). The film follows the life of the titular real-life activist who became forever a part of Czechoslovakian history with his self-immolation in 1969.

“It was a protest both against the Czechoslovakian one-state rule under the Soviets, but also people’s apathy towards what was going on and how their city was being controlled by outside forces,” says Colla.

Jan Palach perhaps captures most effectively the theme of ‘keys to the city’, shining a light on the life of a famous and impactful activist. It’s sure to be a moving finale to a weekend of extraordinary cinema.

Thanks for that profile. Good to see the Czechs and Slovaks back again this year. Last year’s festival had some great movies.

Just wanted to let you (and the readers) know that this weekend also has the Lebanese Film Festival in Canberra, and all screenings are FREE. Check the link below for more details, if you wanted to do a write-up: