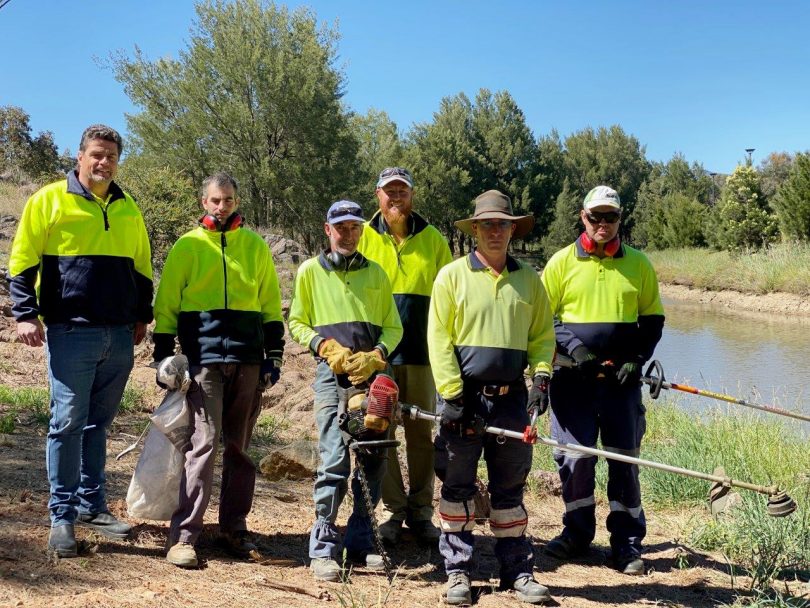 A Koomarri crew has just completed cleaning up the Tuggeranong Pond for the ACT Government, removing overgrown shrubbery, weeds and grass, as well as clearing the area of illegally dumped rubbish and sharps.

The 24-hectare site was in dire need of a makeover ahead of detailed designs of the bridge and pathways after the area had become practicably inaccessible from illegally dumped rubbish and dense vegetation.

Minister for Urban Renewal Rachel Stephen-Smith said Koomarri had done a tremendous job with the clean-up.

“Koomarri embraced the work for the unusual site and completed the job to a high standard. The works were a fantastic illustration of a community organisation and government working together to achieve a great result,” she said.

Koomarri has been working with the ACT Government doing grounds and garden maintenance work in the Canberra region for the past 30 years. The organisation’s garden maintenance crew has over 40 people, while a small team of around six people were tasked with the Tuggeranong Pond clean-up.

Koomarri is a part of the ACT Government’s Social Enterprises Panel which aims to deliver targeted social or community benefits. Koomarri CEO Nadine Stephen said it is initiatives like this that help people with an intellectual disability contribute their skills to the community.

“We are great at supporting people, making adjustments, finding what their skills, strengths and talents are, and we can match them to employment opportunities where we know they will thrive,” she told Region Media. 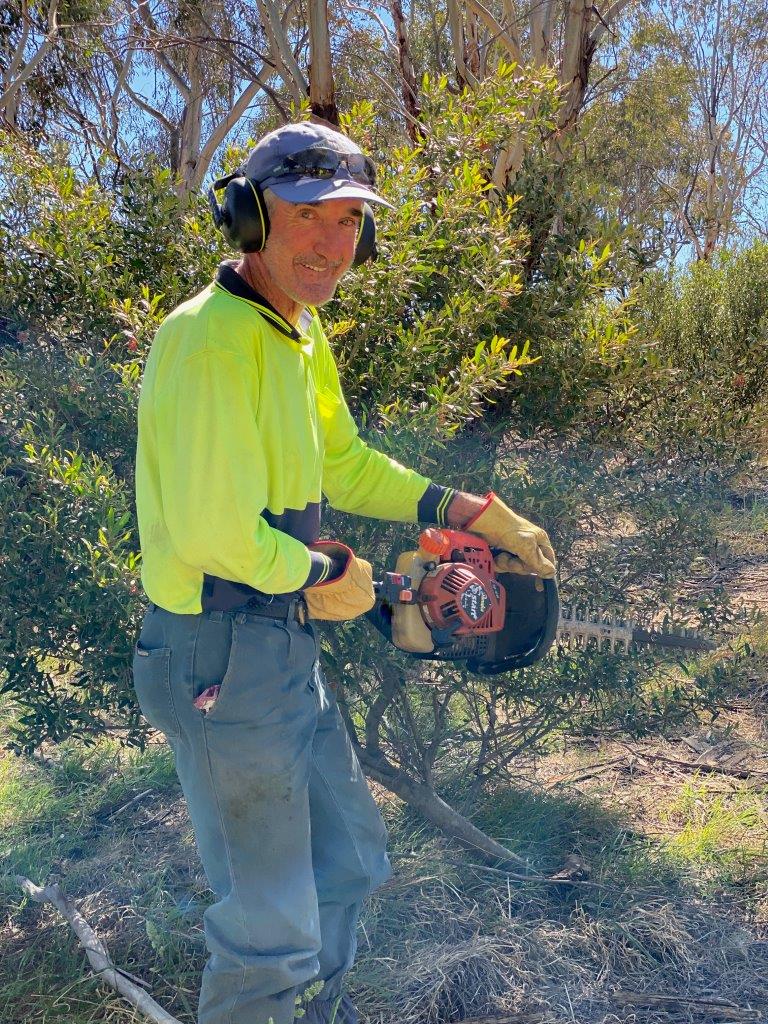 Koomarri has been working with the ACT Government doing grounds and garden maintenance work in the Canberra region for the past 30 years.

“Employment benefits for people with a disability are no different to the benefits for you or I. There is a sense of belonging, a sense of contribution, a sense of identity, and these are all really, really positive aspects.

“These people love getting out and about doing the work that they do, it is socially valued, it is a win-win for everyone.”

On top of garden maintenance services, Koomarri also provides employment opportunities in administration, with departments and directorates within the ACT and Commonwealth governments employing people with intellectual disabilities.

“The employment is personally meaningful and equally socially valued which is really important because people that have an intellectual disability find it much harder to find and keep a job,” Ms Stephen said.

She added that the programs have been so successful that there is now a long waiting list for people to join Koomarri, so she is calling on local businesses to help empower people with an intellectual disability with employment.

“I have people on a waiting list that are ready, willing and able to work. I want to put a call out to local businesses, I want to challenge local businesses across the Canberra community to consider employing people with a disability.”

These guys are amazing! We have them at work every week, they are fun, hardworking and doing a great job!! Highly recommend them!

William Coats - 39 minutes ago
The land tax was to stop people “land banking” houses should be used as homes not stagnant investments View
Lea Powell - 6 hours ago
William Coats it takes time to change policy directions. It’s not as simple as a click of the fingers. View
Lea Powell - 6 hours ago
Kerry-anne Stafford appeal the decision. Why have they revoked it. Don’t take that lying down. View
News 5

@The_RiotACT @The_RiotACT
Did you know that it takes an average Australian 10 years to do something about their hearing loss once they realise they're affected by it? https://t.co/E4x3cUjwVr (23 minutes ago)