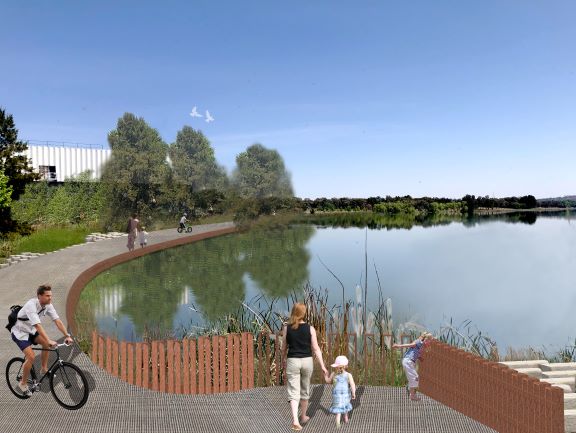 An artist’s impression of the path project on Lake Ginninderra. Images: ACT Government.

The ACT Government has released a tender for a new shared cycle and pedestrian path in front of the Belconnen Arts Centre and a walkway across Emu Inlet.

The project will complete the missing link in the Lake Ginninderra foreshore path network and also reshape the inlet, improve the amenity of the area and integrate it with the Arts Centre.

The site consists of grassy areas between the Arts Centre and the lake, and the angular Emu Inlet that ends in stone steps leading into the water. A pier and two corners trap rubbish that floats in the lake.

A 3.5 metre-wide asphalt shared path will connect with the proposed 3.5 metre-wide steel walkway over the water which will link to the existing path and public space at Emu Inlet to the west of the Arts Centre.

The walkway includes two lookout platforms and rest areas on either side of the inlet, the western side close to water level and the eastern side connecting to the existing path infrastructure that continues along the lakeshore to the commercial precinct on Emu Bank.

It will consist of bored piers with a steel frame, a mesh grating deck and kerbed edging with a shroud to deflect water for improved circulation and to prevent water-borne rubbish accumulating on the foreshore.

The open space will be landscaped, including with tree plantings to the east and west of the Arts Centre, and a mini-wetlands established. An open lawn area with a power bollard between the Arts Centre and the walkway will be a space for special events.

How the path and walkway will complete the lake network.

The wetland areas are proposed to be adjacent to the walkway to provide an ”over-water experience” for walkers and cyclists as well as to filter water from the stormwater outlet at the north-eastern corner of the existing car park. There will be no planting beneath the walkway.

Stone logs along the eastern and western edges of the foreshore will mitigate water erosion and allow for direct access to the lake.

Lighting for safety and security will be installed along the shared path and walkway for night access.

Concrete pillars on the edge of the lake at the eastern side of the site, where the walkway will meet the existing path infrastructure, will also have to go.

An amount of infill into the lake will also be required to create a curved bay.

The tender closes on 20 August.

The project will also complement the 4.7 km Belconnen Bikeway now under construction and due to be completed later this year.

The Bikeway will start on Coulter Drive in Florey and continue along the old busway on Joynton Smith Drive to the Belconnen Town Centre, continuing along Emu Bank through to the University of Canberra and on to Haydon Drive via College Street.

What is it with the cyclist in the artist’s impression? It looks like they are aiming to run into the people. They are also not wearing a helmet. I can only assume the whole effort is aimed at encouraging inappropriate behaviour.

Without licencing, bike registration, CTP insurance, regulation and enforcement there are no boundaries.

I was once a bike rider in the ACT but because of the rudeness, intolerance and stupidity shown by many Canberra drivers I gave up. I would gladly pay registration and CTP insurance to ride my bike if it created a safer bike riding environment in Canberra. I hope that new bike path on Flemington Road is a sign of things to come. And kudos to the people who built that beautiful stone wall, it really is a work of art.

Someone needs to take a chill pill. 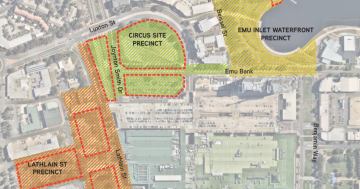 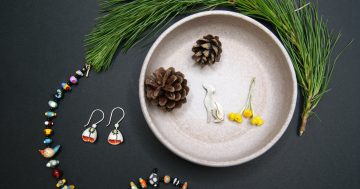