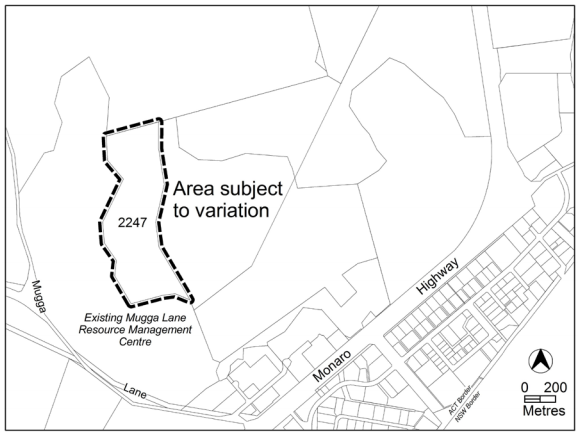 Is it too late to keep chuckling about NoWaste2010?

Simon Corbell has announced changes to the Territory Plan so we can keep piling our garbage up:

Changes to the Territory Plan allowing expansion of the Mugga Lane Resource Management Centre have been approved by the Minister for the Environment and Sustainable Development, Simon Corbell today.

The draft variation will be tabled on Thursday 28 November. “Territory Plan Draft Variation 305 will expand the land uses allowed for Jerrabomberra Block 2247 to include landfill,” Mr Corbell said.

“Although we have excellent recycling systems in the ACT, with 70% of our waste being recycled, we still produced a million tonnes of waste last year and the existing landfill facility at Mugga Lane is expected to reach capacity in 2015–2016.”

Mr Corbell did not refer the matter to the Legislative Assembly’s planning committee before approving the variation.

“All comments and suggestions made during the public consultation process have been addressed in the draft variation process and the environmental impact statement consultation that occurred at the same time,” Mr Corbell said.

“ACT NOWaste also consulted the community before choosing to expand the existing facility rather than establish another purpose built facility elsewhere in the ACT or send waste to NSW.

“On balance there are cost, environmental and social benefits in expanding the existing landfill in this location.

“While some yellow box-red gum woodland will be affected, it will be offset to ensure no loss to this threatened ecosystem. Also, the site will be revegetated to improve its amenity.”

Block 2247 is currently zoned as NUZ1 Broadacre, which prohibits landfill, but the variation will make a site specific provision in the Jerrabomberra precinct map and code to allow landfill.

If the Legislative Assembly does not reject the approved plan variation within five sitting days after tabling, a date for commencement of the variation will be set.

Colette Robinson - 3 minutes ago
As both a pedestrian and cyclist on shared paths, I am so sick of the arrogance, double standards and behaviour of certain cy... View
Peter Major - 3 minutes ago
get then off the road would be progress View
Aleksandar Vujić - 2 hours ago
Anthony Olivera gives cyclists somewhere to ride so they don't share the footpath with people, wont give motoring enthusiasts... View
News 1

Rohit 'Swarley' Singh - 6 hours ago
The old demand a 50 upfront then charge you cause you're cooked again View
Buck Johno - 18 hours ago
From what I remember of night rider busses it was only over summer. View
News 7

@The_RiotACT @The_RiotACT
Multicultural Eats: Where to find the best Indonesian food in Canberra https://t.co/v5lPRYRs5P (37 minutes ago)