Landlords will need to lift their game

Housing can be a money pit and a draining experience for many renters. File photo.

Throw in high rents and rising utility bills consuming large portions of tenants’ incomes, and you have a situation that the market is not going to resolve.

While renters are much more aware of their rights and attempting to exercise them, they remain at the mercy of landlords and rental agreements weighted towards owners.

For ACT Tenants Union executive officer Deb Pippen, who has seen it all in more than 20 years in the role, the changes to the Tenancy Residential Act that come into force next year are only minor and do not deal with the pressing issues of minimum home standards, no-cause evictions and remedies against landlords who are reluctant to making repairs or order work, despite clear directions in leases.

Better Renting’s recent report revealed that more than 43 per cent of Canberra’s rentals have an energy efficiency rating of zero, with some tenants resorting to bubble wrapping windows to insulate properties that may have heating but little means of retaining warmth.

New ACT Climate Change councillor Professor Mark Howden says much more needs to be done generally in the housing space for properties to be up to scratch as the extremes of climate change become more pronounced.

For the rental market, where climate control measures such as insulation, efficient heating and cooling, and shading with curtains and awnings are way behind owner-occupiers, there are serious equity issues. The energy divide is becoming even more pronounced with owner-occupiers taking up solar panels and batteries to avoid rising power bills.

The Australia Bureau of Statistics’ latest report Housing Occupancy and Costs, 2017-18 shows home ownership is falling steadily. At the turn of the century before the price boom, the ACT had a home-ownership rate of 75 per cent but that is now 63 per cent.

With home prices holding firm or rising in the ACT, incomes flat, banks making borrowers jump through more hoops and investors continuing to reap the benefits of favourable tax settings, it is hard to see that decline turning around. 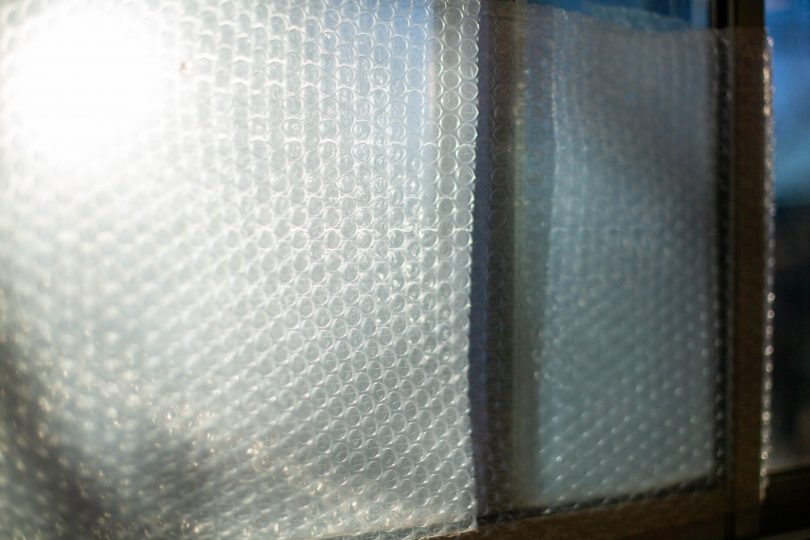 Canberrans are using bubble wrap on windows as a form of insulation. Photo: George Tsotsos.

The federal election offered hope that the housing market in Australia could be recalibrated so that the market distortions of negative gearing and capital gains tax discounts could be adjusted, but a ferocious campaign from the property industry and a Coalition wedded to the constituency it created put paid to that.

Taxpayers will continue to foot the bill for the multi-billion dollar subsidies investors enjoy, but they also have to pick up the tab for the government intervention that will be necessary if the nation is to avoid widespread homelessness or at the least drastically curtailed living standards due to the high cost of housing.

Public and social housing will need to be provided en masse, not just to the jobless but to the many in work, even in the affluent ACT, who are unable to afford the private rental market, no matter how many apartments go up.

For the increasing numbers of people locked out of the owner-occupier market, the private rental market will be a battleground of broken dreams unless changes are made that can provide more security, minimum standards and a measure of equity.

Real estate agents and landlords will argue as ever that too many impositions will drive investors from the market and result in fewer rental properties available.

But many landlords, who have benefited from those favourable tax settings unique to Australia, need to understand that ownership also confers responsibilities and obligations as well as rights.

Some of the relatively new investor class, possibly highly leveraged with multi-home portfolios, might find it hard to stay across the needs of their properties.

But as Ms Pippen says, they are operating businesses and their properties don’t just ‘magically sit there and you just reap the benefit, there are costs’.

Yes, there is recourse to the ACT Civil and Administrative Tribunal but that can be a daunting prospect for an already insecure tenant, not to mention forking out the fee to take on a landlord.

Landlords will have to lift their game, one way or another, and government at all levels, along with the property industry, will have to come to grips with a housing environment marked by falling levels of ownership and growing numbers of renters demanding a better deal.

Love the bitter tirades of the obviously upset renters. If you don’t like it just buy your own place and stop grizzling. You don’t own the property even though it appears you think you do. It’s called knuckling down and saving

And tenants will have to lift the amount they pay.
No such thing as a free lunch.

Wonderfully written, Ian. Both succinct and pointed. Yours is a ‘must’ read for for investors, government and tenants alike.

Love the comment, ‘good you can sell the rental and I’ll rent it anyway ‘ haha ours sold for 7 figures and it was a ex Govie knock down. rented for $500 pw. The new buildings rented for $900 pw each. So much for affordable housing.

$580 per week for an apartment that had rising damp, mold and a leaking roof.

“The federal election offered hope that the housing market in Australia could be recalibrated so that the market distortions of negative gearing and capital gains tax discounts could be adjusted, but a ferocious campaign from the property industry and a Coalition wedded to the constituency it created put paid to that. Taxpayers will continue to foot the bill for the multi-billion dollar subsidies investors enjoy…”

Since when did negative gearing amount to “subsidies”?

So, not ‘strictly’ a subsidy. However, the investor cuts taxes and the tenant cannot. It’s very like a subsidy.

Nice four beddie house across the street from me sold six weeks ago. Got to know the tenants fairly well before the rental cost drove them out. I read the stats on the house on the Agents website: Rates $3,460.00 pa, Land Tax $3,890.00 pa so there’s $612.00 pm the landlord has to charge before considering maintenance etc and the rental value. Who would want to own “investment” property in the ACT?

The costs don’t deter anyone.
‘Your money is only safe in housing.’ Ha!

What about a redress for the neighbours where the tenants cause problems by not cleaning up their dog’s business in the yard or leave rubbish all over the place. Maybe tenants need to learn how to be neighbourly.

Robyne Mitchell my neighbours, that let their dog wander free in the street both to go to the toilet but also to attack my dog when I take it for an on leash walk (they’ve told me it’s my fault for keeping my dog on leash!) OWN their house. Where’s my redress? Why should such rules of redress only be applied to tenants?

I mean really do you think renters are less human thus deserving less rights and protection of law than home owners?

40% of rent goes to gov tax and agent commission alone. What landlords need to actually do is sell the house.

Where is the incentive for a landlord to improve the energy efficiency of their property? If vacancy rates continue to remain low and land tax continues there is no financial reason a landlord would outlay thousands to improve a typically poorly built Canberra house.

The ACT government could offer a reduction in rates in exchange for landlords to install energy efficient split system heaters. Mind you, many of these costs are tax deductible. Alternatively, landlords could also be penalised for failing to improve the energy efficiency of homes. Carrot or stick, either way there are options.

Well boohoo. Poor landlord who is having their giant asset paid off by someone else. How horrible that they should be required to make the house habitable for the person who is providing for their retirement.

Meanwhile interest rates are at ridiculously low levels yet landlords cry too poor to maintain their over leveraged assets, even as they reap some of the highest rental incomes in the country.

Legislation and compliance enforcement is required.

I think Ella is referring to negative gearing tax concessions which allow property investors to use losses on their investment property to reduce their taxable income from other sources, and largely benefits a wealthy minority of property investors.

Alternatively Ella might be referring to the capital gains tax discount which also particularly benefits a minority of super-wealthy property investors, and means they pay less tax on income from selling a property than other people pay on their income.

Joel Dignam I agree that’s what he’s referring to. But they’re not subsidies.

Ella Factor record low interest rates pale in comparison to the record high property rates and land tax in the ACT. 1/3 of rent goes just to these two government taxes.

And these imposts are then written off with negative gearing. If being a slumlord wasn’t profitable I’m sure people wouldn’t be doing it.

Emily Robertson even if you write something off you never get back the full amount spent. All it does is reduce your taxable income which has a maximum rate of 45% and even then that only applies to that portion of income over $180,000.

Most people would be well below that so any $1 spent on improvements would still cost 60-70c as an actual outlay.

Our landlord installed ducted gas for us after the old gas radient proved inadequate. It will cost a fortune but it has been cosy!

And everything being suggested here will just drive the price of the rental market up further. As you say, it is a business. People go into business to make money. 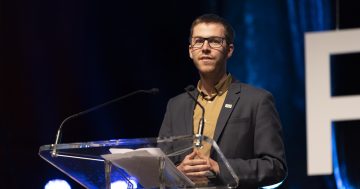