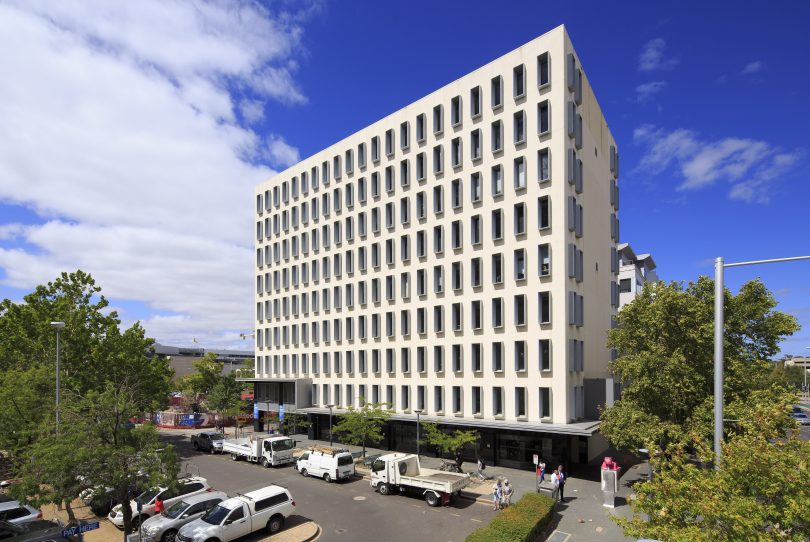 A landmark city office block in a prime location is on the market after undergoing extensive upgrades and refurbishment.

The nine-storey building at 10 Hobart Place in City West is situated in the heart of the legal precinct close to the Law Courts, the ANU, public transport and parking. It is described as having a timeless 1960s design.

Ninety-four per cent occupied, the building has been repositioned in the market after the 2014 makeover which included upgrades to the main entry foyer, lift lobbies on each floor and refurbished office floors featuring exposed ceiling services, polished concrete floors and glass partitions.

There are also new end-of-trip facilities including separate male and female showers, lockers and change rooms, as well as a new secure bike storage in the basement.

Investor interest is expected to be strong for the building, situated on a prominent 668 square metre site with 4,483 square metres of floor space.

“It’s release to market provides an exceptional opportunity to capitalise on the strong occupational market fundamentals of the ACT,” he said.

Mr Winter said the property had a long-term history of occupation by a broad variety of small to medium enterprise tenants, with a highly diversified and defensive income profile with leases progressively staggered to remove significant vacancy risk.

When fully let the property has a net annual income of $1.3 million.

“With its proximity to Canberra’s light rail, the City West bus interchange, the 1344 bay City West car park and Canberra’s interlinking cycleways, accessibility is a major feature of 10 Hobart Place,” he said.

The light rail extension through City West along London Circuit is expected to drive economic activity and bring new life to that side of the city.

There is intense demand for quality office space in Canberra, particularly in the city.

Mr Winter told Region Media earlier this year that tenants showed a preference for quality offices, buildings that include end-of-trip facilities, amenities and can cater to more flexible working environments.

Sale is by expressions of interest, closing 3 pm on 27 May. 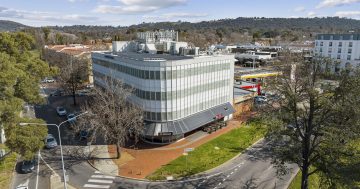