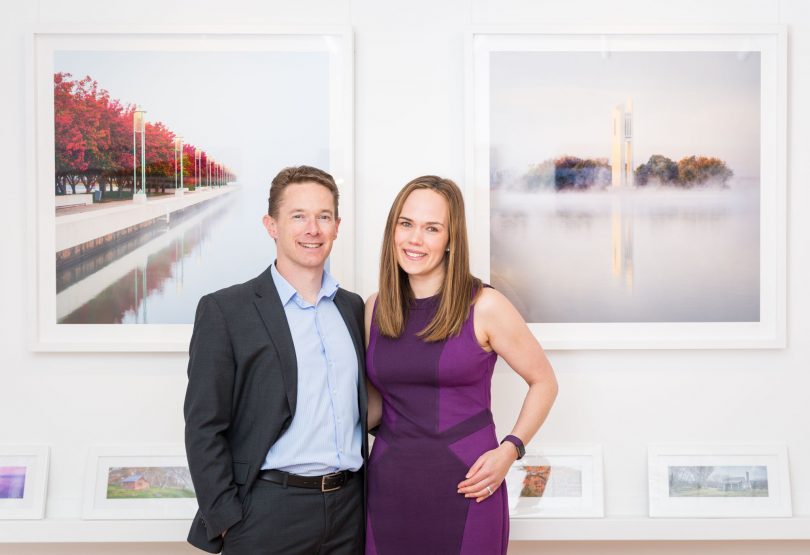 Canberra landscape photographer Scott Leggo will open his own gallery and shopfront in Kingston this Saturday (9 June), establishing a physical presence in the capital after being online for a decade.

Canberra’s first permanent landscape photography gallery will be at 45 Jardine Street, opposite Green Square, and will showcase Scott’s work from around the nation and across the capital.

Scott says that after 10 years in business online, it was time to make the move to a physical site where people could view his work as it was meant to be seen.

“People can look at an image on a website all day long but it doesn’t match being able to see it in print or printed large,” Scott says.

It is also a response to the many people who had asked whether Scott had a gallery where they could view his work.

“We’ve done a couple of displays at the Canberra Centre over the years and exhibitions elsewhere and they have always been a big hit where people can actually physically see the product,” Scott says.

Scott runs the business with wife Phillipa, who has worked with some of Australia’s biggest companies, selling photographs and prints for people’s homes and workplaces around Australia, as well as to overseas customers such as embassies. Many of the purchases are actually gifts. 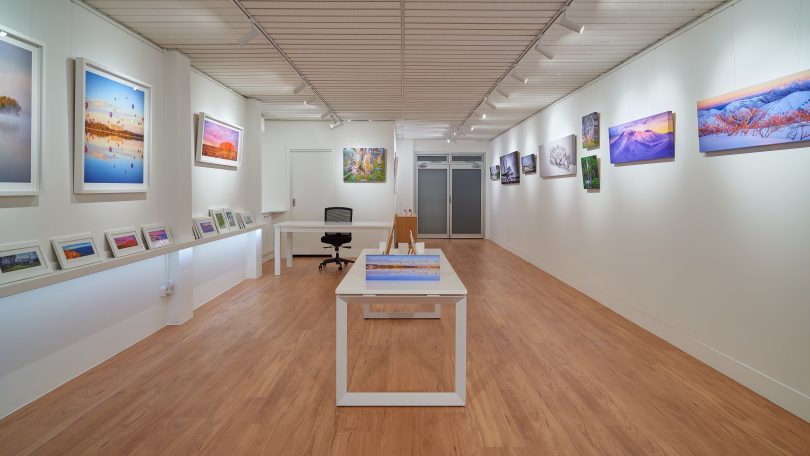 Scott says he was keen to locate the new gallery in the Kingston area, which is not only close to the family home but offers a growing, vibrant part of Canberra that has undergone revitalisation in recent years.

People will be able to see a range of local and national images, big and small and in different formats, including framed and canvas prints as well as new acrylic prints – on the back of a sheet of acrylic, which Scott says is a clean modern way of presenting them.

Scott also hopes in showcasing Australian landscapes to create a destination for tourists, with the smaller, framed prints suitable for visitors to take with them if they are flying home.

“Small acrylic desk blocks are perfect for farewell presents to sit on peoples desks. In the Canberra market we have a lot of people from overseas, on exchange, or those from military or government departments that want to take a little bit of Australia back with them overseas. There will be a range of price points, and hopefully something for everyone,” says Scott.

For Scott, landscape photography has been a ‘fantastic excuse’ to travel around Australia, but it wasn’t his first calling.

Ex-air force, former diplomat and management consultant, Scott says he was looking at a print on the wall one day while at DFAT and thought: “Wouldn’t it be awesome if you could travel around Australia and just took landscape photos?” 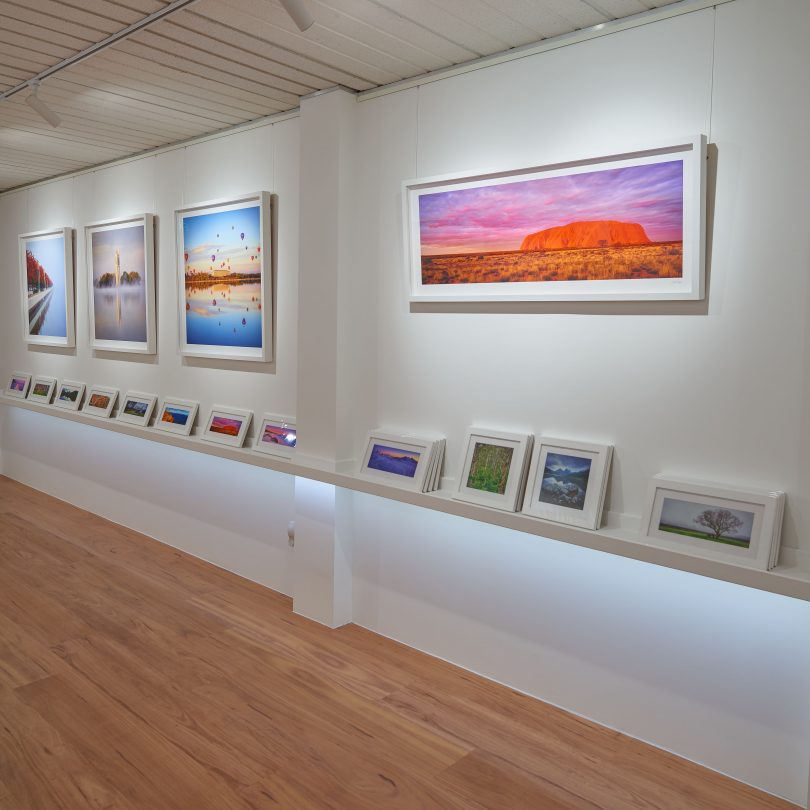 One catch; he wasn’t a photographer.

“Being an ex-military and a diplomat I was probably the complete opposite of what you’d think of as a traditional artistic photographer,” he says.

“I didn’t know anything about photography. I went out and bought a bunch of books and a camera.”

The eventual results made an impression on his colleagues, who said he could sell some of his photographs.

The last 10 years he has juggled photography and management consulting while establishing the online business, but now with the new gallery, it’s a full-time commitment for him and Phillipa.

Originally from Melbourne, he and Phillipa emphatically call Canberra home and are raising a daughter together.

The gallery will have a soft opening on Saturday (9 June) but Chief Minister Andrew Barr will conduct the official opening in late June.

Jeff Kerr check this out

Jenny McInnes - 49 minutes ago
David Johnson it most likely was a public holiday there then View
David Johnson - 1 hour ago
Jenny McInnes that may be it. I was in Sydney.... View
Bruce Lovell - 2 hours ago
John Goodwin it wouldn't matter what day it was they would still complain and find some excuse for it to be changed leave it... View
Community 48

theroundone - 2 hours ago
It's a damning indictment on Canberran mentality that an article like this goes without any comments. It's a sad reality that... View
Property 4

Rose Lovejoy - 3 hours ago
Michelle Jenkins I could see you here. View
Allison Lubransky-Moy - 3 hours ago
Erica what a dream 😍 View
Bethany Corr - 3 hours ago
We will keep the main cottage, you guys build your dream house! Craig Corr Hayden Miller View
News 19

Jennifer Gee - 3 hours ago
Some really spiteful comments on here. He was very young when he entered the limelight and acted out as many young teens do w... View
Alan Davey - 5 hours ago
Very loose has he grown up yet more show than go onthe fringe... View
News 2

@The_RiotACT @The_RiotACT
It’s that time of year again: holidays, heat & the Hottest 100. Here are the Canberra bands to listen out for this year https://t.co/sojU14ngrJ (52 minutes ago)

@The_RiotACT @The_RiotACT
After a crushing defeat in last year's election, former Liberals leader Alistair Coe will resign from the Legislative Assembly in March https://t.co/yvyGv7fyUK (1 hour ago)