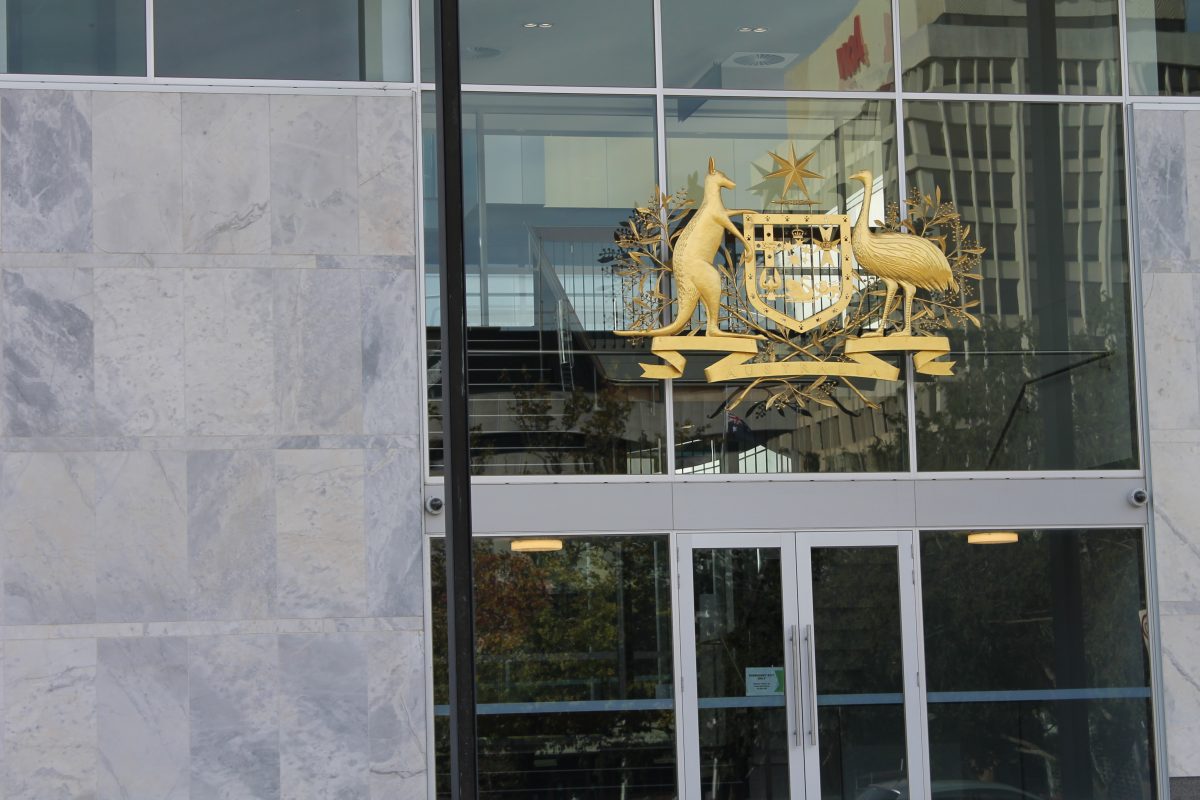 The barrister for the teen accused of committing murder at the Weston Creek skatepark has given his closing address to jurors in the trial. Photo: Albert McKnight.

The barrister for the teenager accused of murdering a man at the Weston Creek skatepark has asked jurors if one of the four people who arrived at the fight in a Triton ute could have stabbed the 18-year-old to death, suggesting one “out of control” man in particular.

David Barrow gave his closing address to jurors on Tuesday (31 May), the fifth week of the ACT Supreme Court trial, after Crown Prosecutor Rebecca Christensen SC made her submissions last week.

Mr Barrow said most of the 12 people who had gone to the skatepark on 27 September 2020 testified to the court, but said when it came to the four in the Triton, “each of them is, unfortunately, a shameless liar” and they made hundreds of “self-serving statements”.

He said when they arrived at the skatepark, the three adults in the ute became aggressive straight away, they went to the driver’s side of the 18-year-old’s Toyota 86 where one dragged him out and all three assaulted him.

Mr Barrow said the four came from the home of one of their group where “all manner of knives” had been found.

“There is a compelling case on the evidence … that [this man] is responsible for what happened,” he alleged.

He said this man admitted he had been drinking alcohol and smoking cannabis, as well as taking acid, LSD and the drug ‘ice’ on the night.

Mr Barrow said it was likely this man’s DNA was found near a cut at the back of the 18-year-old’s jacket, which was damaged from where he had been stabbed below his right shoulder. His DNA was also on the bonnet of the Toyota, and nothing in his testimony explained either of these forensic matters.

This man also recorded footage on a mobile phone that was played to jurors several times in the trial, which Chief Justice Lucy McCallum had warned was “quite confronting”.

Mr Barrow alleged this man took it because it was “a trophy of what happened”.

“He was pretty pleased to have been able to do these things,” he alleged.

While this man testified to jurors, his “credibility is zero”, Mr Barrow said, and “if there was a medal to be given to the witness who told the biggest number of lies, it’s him”.

For instance, the man claimed he left the driver’s side of the Toyota during the fight and went to help a boy on the other side of the car. However, this boy never mentioned the man had come to help him.

Mr Barrow said this was “manufactured rubbish”, made because the man wanted to place himself away from the driver’s side of the car.

He also talked about a dent on the Toyota’s bonnet, saying another man claimed the third adult grabbed and “chucked” the 18-year-old away when they were assaulting him.

“Had he been stabbed at that point and hurled away?” he asked.

The man who could have chucked the 18-year-old into the bonnet was “a strongly built, powerful person”, Mr Barrow said, who weighed over 110 kg when he was arrested in late 2020, while the 18-year-old weighed about 70kg.

His barrister said that the accused weighed about 50 kg so he couldn’t have thrown him.

The two boys in the Toyota’s backseats said they didn’t see the 18-year-old again after the assault on him began and one of them said the Triton’s headlights were so bright they blocked his vision.

Because of this, Mr Barrow said the driver of the Triton would have been “extremely well-placed to have seen what happened” but “simply said nothing”.

He also alleged that after the fight, one of the adults and the driver of the Triton lied to the accused about who was dead to try to get him to think he was responsible.

“They lied to protect each other,” he alleged.

In Ms Christensen’s closing submissions, she said blood from the 18-year-old victim and his 16-year-old cousin was found on the inside of the accused’s pants, and the marks left behind were consistent with the accused putting the knife in his pants twice.

However, Mr Barrow said there were far more of the 16-year-old’s bloodstains than the 18-year-old’s and the theory was an “untested idea”.

Chief Justice McCallum will give her directions to the jury on Wednesday (1 June).