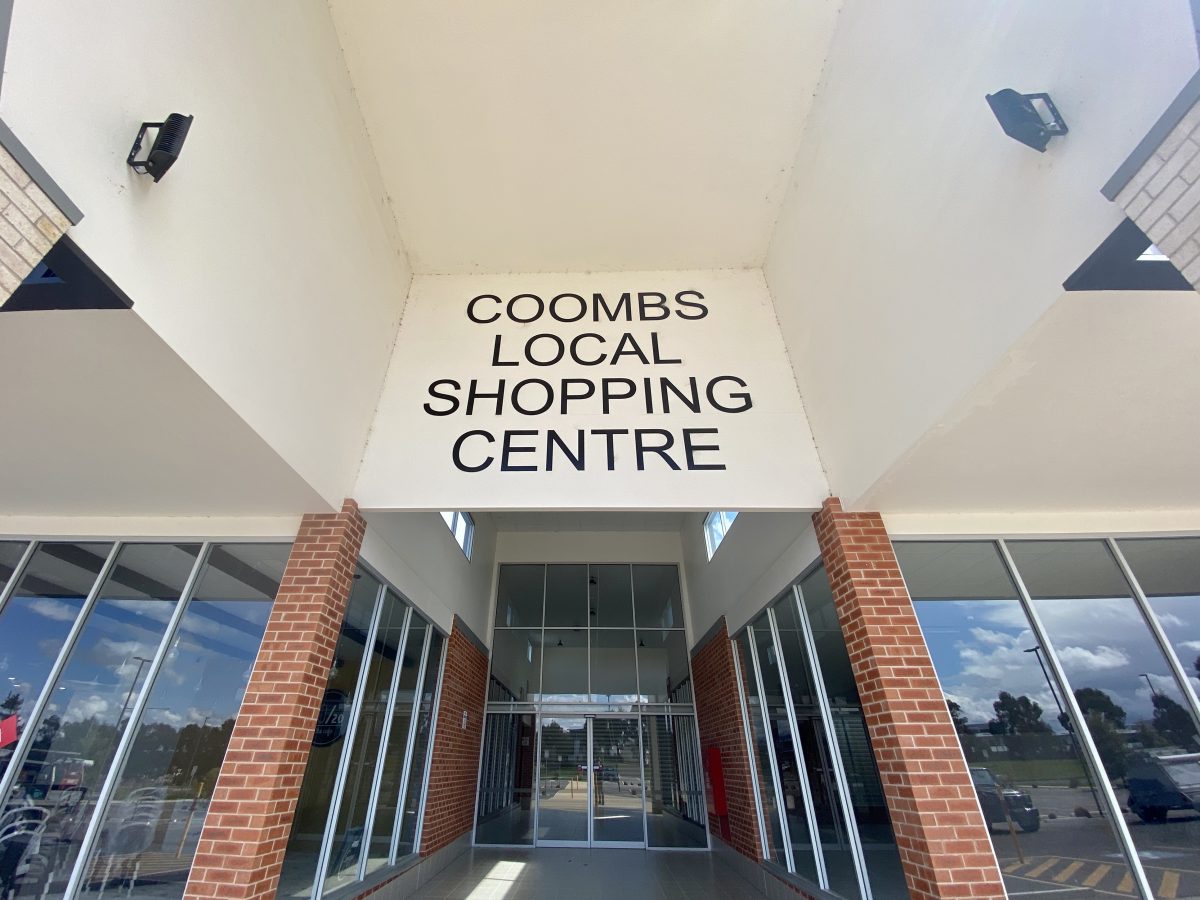 The shopfronts at Coombs Shopping Centre are finally being filled. Photo: James Coleman.

When Ajit Kumar opened the doors to his supermarket three and a half years ago, you could almost expect tumbleweed to blow past.

For the longest time, there was only his shop at the Coombs Shopping Centre – Ajijo Grocery and Convenience Store.

That’s now changing, fast. Fresh “leased” stickers cover the windows of nearly every empty unit at the otherwise desolate site. But nobody knows exactly why it’s all happening now.

“It’s good to finally see all these new stores here, which have just come out of nowhere,” Ajit says.

So far a bottle shop has sprung up, with more new businesses – including a grocery store, gastropub, cafe and office space – staking a future claim at the Coombs shops.

“When I started in January 2019, I was told there would be more stores on the way, but that hasn’t happened until now,” Ajit says. 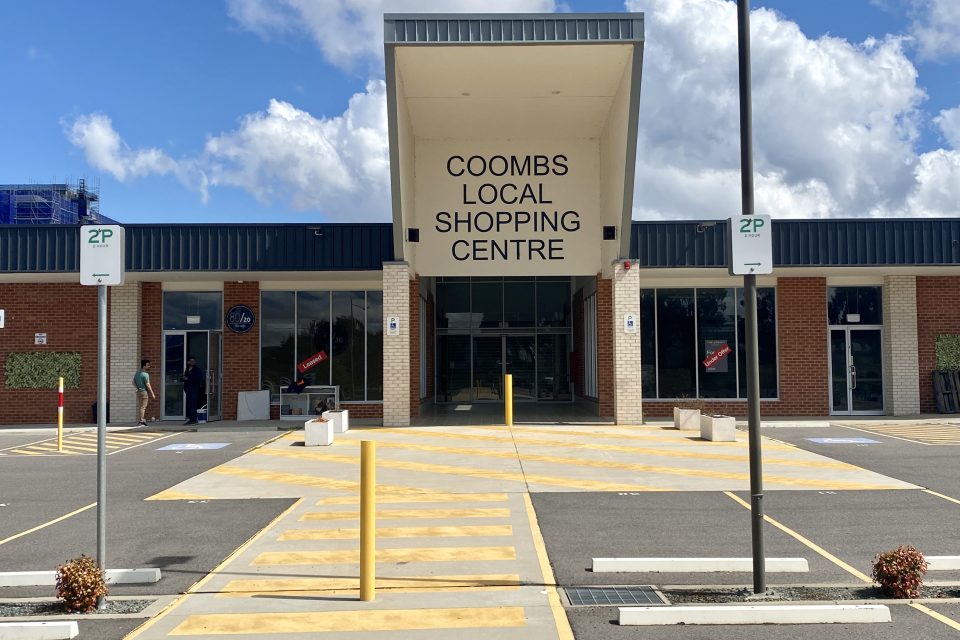 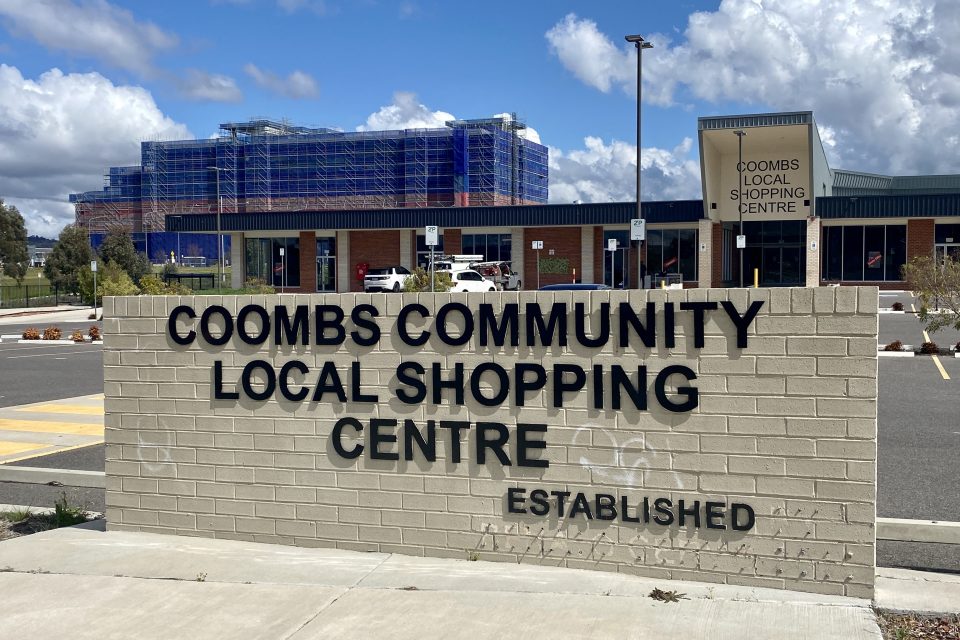 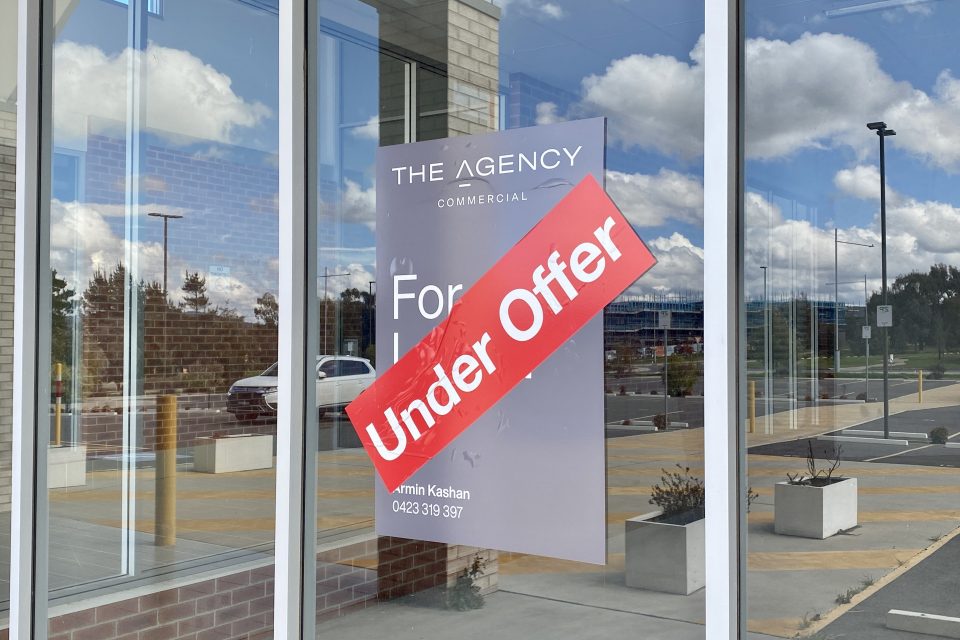 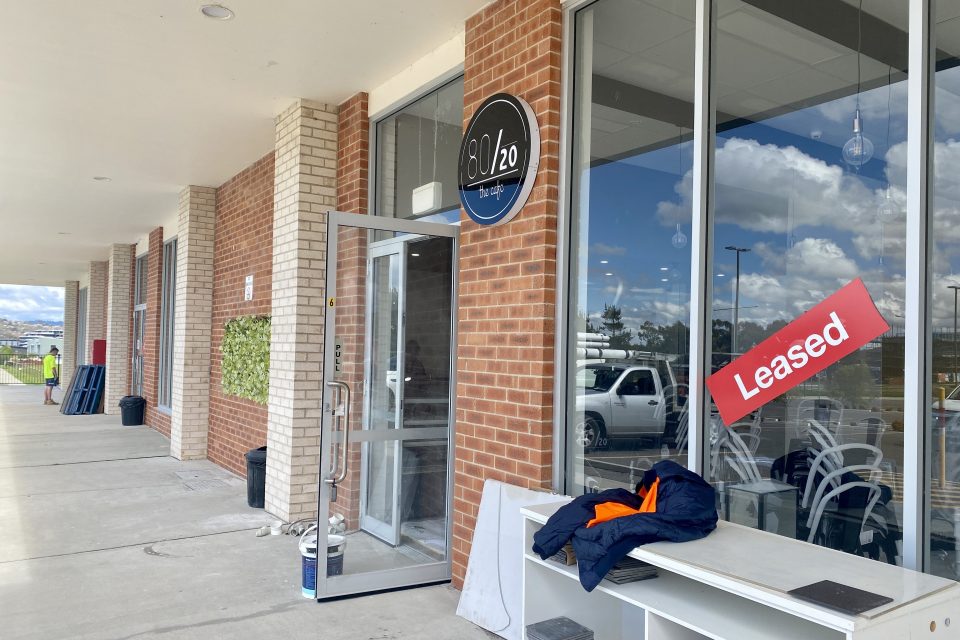 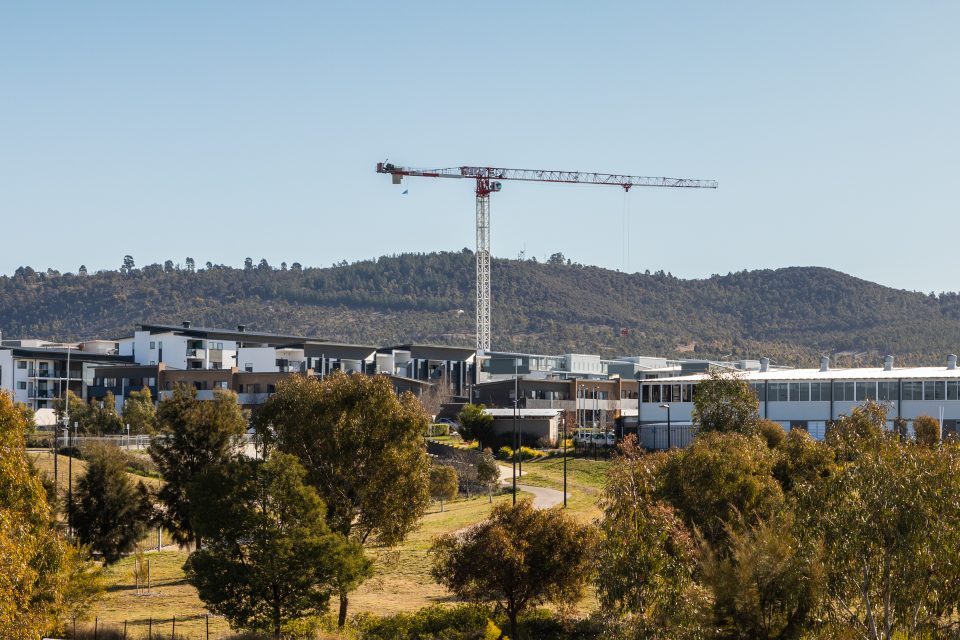 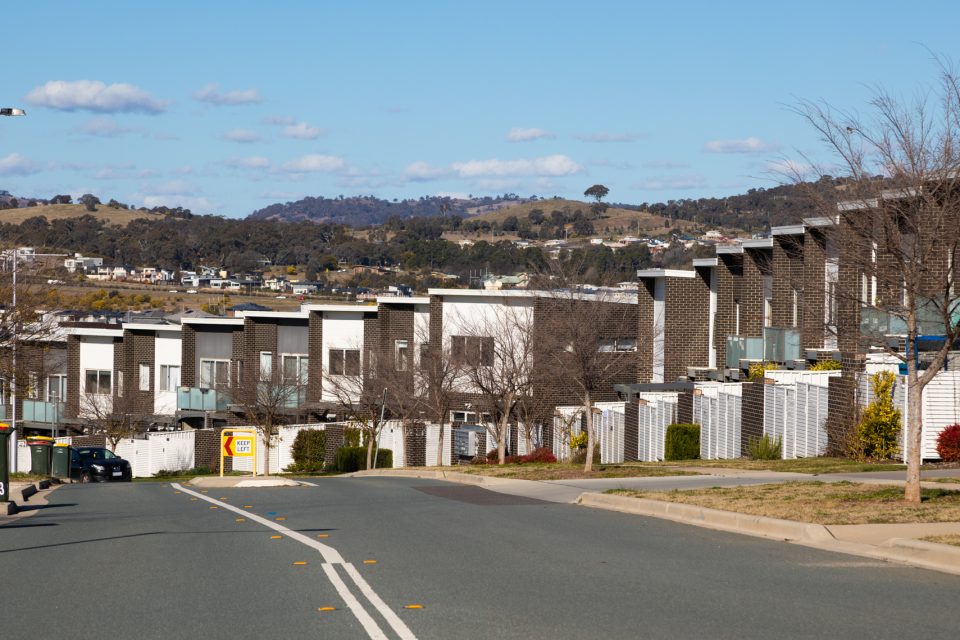 It was hoped the Coombs shops would open in mid-2016, but construction was delayed by two rejected development applications and a stop-work order when building commenced without approval.

It finally opened in late 2018 after residents started a Change.org petition to call on the government to demand the developer front a community meeting and explain the delays.

“We struggled a lot in those early years,” Ajit says.

He adds the burst of life will not only be good for business – “because we are going to get a lot more foot traffic” – but also for the community, who now won’t have to fight the entirety of Weston Creek’s population for parking at Cooleman Court.

“They’ll have more options,” he says.

Ryan Hemsley is a local resident of five years and convenor for the Molonglo Community Forum. He says the sudden influx of business is hard to explain.

“We don’t yet fully understand what has changed in terms of circumstances but we’re nonetheless very grateful,” he says.

Ryan puts it down to a variety of factors, from COVID-19 restrictions putting a halt on start-up plans to the latest Census putting the population of the district above and beyond what was anticipated.

The Molonglo Valley was gazetted in 2010, the first ACT district to be created in more than 50 years. Six years later, the Census reported a population of 4578. Now, it’s up to nearly 12,000 – enough to warrant its own shopping centre.

“It’s possible people are now more comfortable to open a business in the Molonglo Valley, knowing a larger number of people are now living here,” he says. 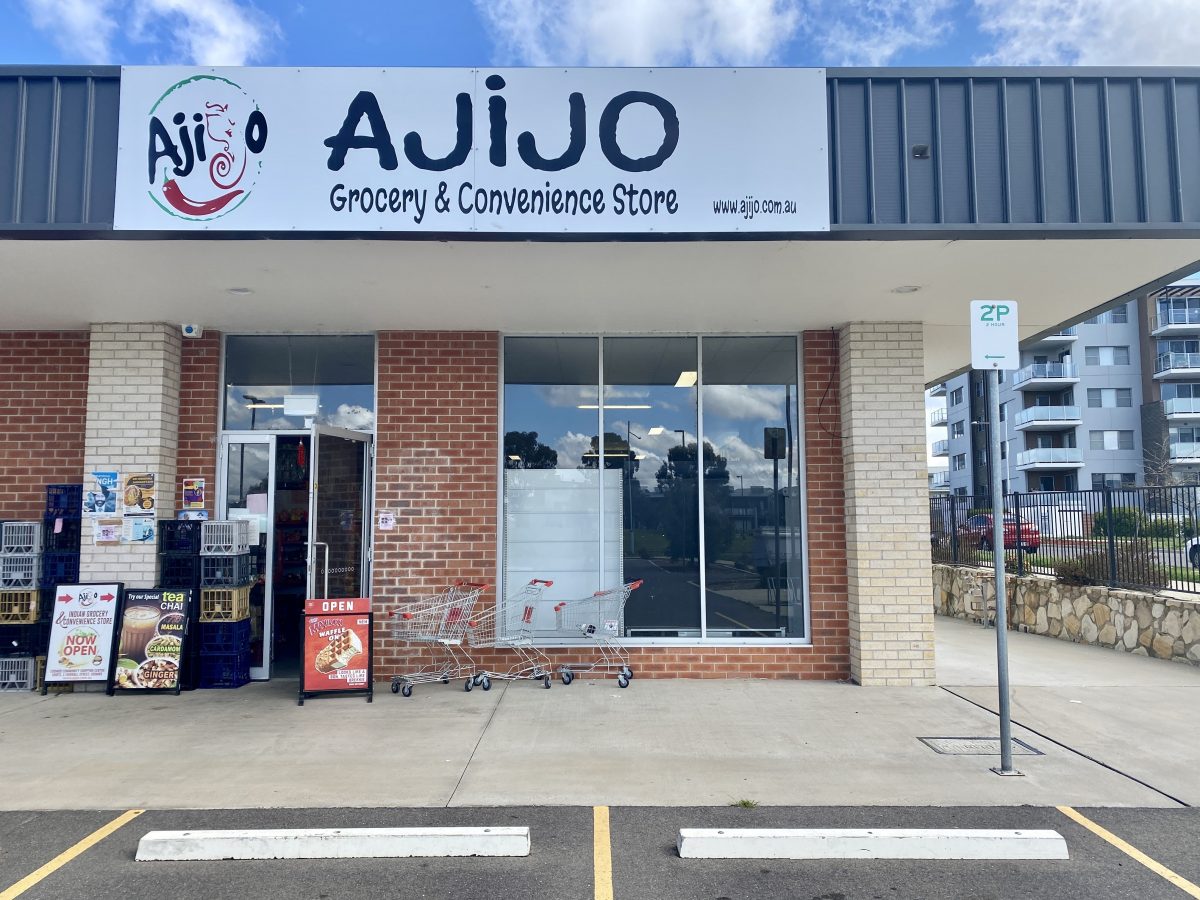 The suburbs of Wright and Denman Prospect are enjoying similar growth, such that the ACT Government recently announced the new suburb of Whitlam.

Across the road from the Coombs shops, a vacant site owned by Defence Housing Australia is also being transformed into a residential block, which Ryan says might have a part to play too.

There is still no news on a supermarket for Coombs shops, however. It would provide an anchor tenant for the shopping centre.

“We have Ajijo Grocery and Convenience Store, but we have heard nothing about utilisation of the site zoned for a supermarket,” Ryan says.

This could be because of what’s across the road in Wright, where the up-and-coming Koko Molonglo development will feature a Woolworths supermarket and possibly Aldi too, pending approval.

“We are waiting to hear what happens there, and there is chatter about the feasibility of three supermarkets around that site,” he says.

“We’re not counting our chickens before they’ve hatched – it would be good to see them up and about laying their own eggs, which is when we’ll be most grateful,” he says. “But certainly the progress we’ve seen with the lease signs and construction work is very encouraging.”