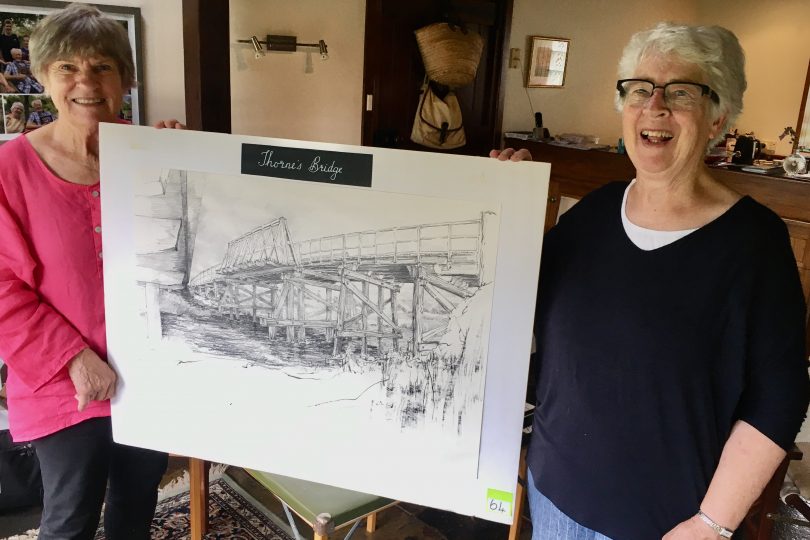 Linda Cooper and Daphne Penalver with a Penalver sketch of Thorne’s Bridge near Goulburn, which has since been demolished. A section of the replacement bridge can be seen at the left of the drawing. Photo: John Thistleton.

His gift for sketching, matched by his travelling bent, produced an extraordinary body of work. The best of these sketches will be auctioned after an exhibition, entitled The Travelling Artist David Penalver 1939-2020, next month to raise money for a three-level lift at the Goulburn Club.

The lift and associated access upgrades will cost $550,000 and was proposed after the death of David in December 2020. The celebration of David’s life was held at the not-for-profit social club in Market Street, one of his favourite Goulburn places, but a friend was unable to attend. As a wheelchair user, he chose not to go because the club is upstairs.

Consequently, when the club was assessing its access, David’s wife Daphne Penalver proposed the lift.

The club’s secretary, Anna McCormack says, when the 1853 building was constructed no one thought of lifts. Now, however, one is much-needed for members and visitors in wheelchairs, parents with prams, musicians with heavy instruments and to carry stock to the bar.

Anna says remodelling the club’s rear section will be a multi-stage project, including replacing and renewing sections of the stairs.

“The exhibition and auction is the first step on this fundraising ladder,” she says.

Preparing for that first step, Daphne and close friend Linda Cooper are organising the exhibition on Friday, 8 April, of David’s finely detailed work, drawn during their travels.

Jane Cush, a family friend and former Director of Goulburn Art Gallery, will open the exhibition at 6 pm at the Goulburn Club. The sketches will then be auctioned at the club on 24 April, from 2 pm to 4 pm.

“Most of the works being offered for sale should be viewed as his ‘travel diary’ – sometimes very quick sketches while waiting for coffee or for accommodation to be ready,” Daphne says.

“At other times he would schedule a morning or afternoon to sketch, making sure I had somewhere interesting to explore while he drew.” 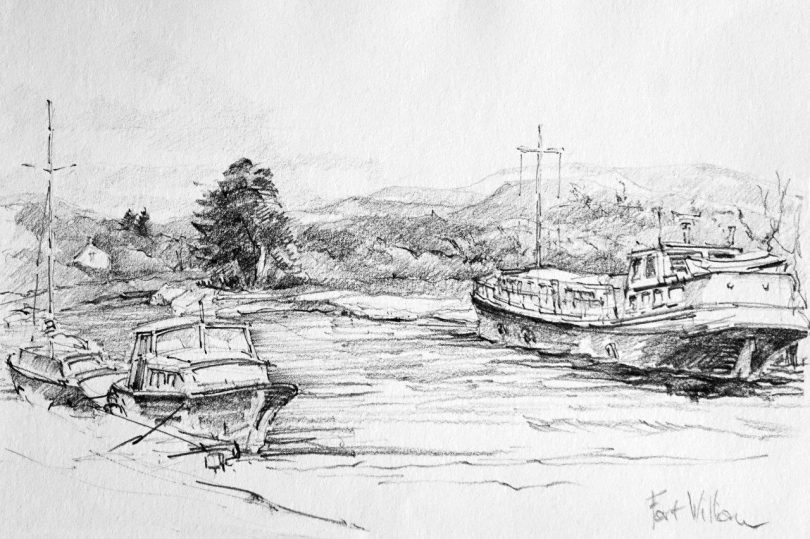 One of the Penalver sketches to be offered for sale – boats at Fort William, Scotland. Photo: Joe Zappia.

Acclaimed artist Lloyd Rees taught David drawing when he was studying architecture at Sydney University and he quickly developed his own style.

“David never worked from photographs, always on-site with some touching up later,” Daphne says. “He had to work quickly before shadows changed.”

The diverse sketches include temples in Vietnam, trees growing out of ruins in Cambodia, cathedrals in Germany, the rooflines, chimneys and arch lines in old cities in France that fascinated David, and the walls the locals walked on in South Korea.

“Suwon is an ancient walled-city about one hour from Seoul by train. We visited twice, caught by the old buildings, streetscapes, and artisan shops,” Daphne says.

Boats, seascapes and canals in England and a town centre and canal in Belgium will be among the offerings as well.

Among the Goulburn subjects are the clock towers on the Post Office and Kenmore Hospital, and the old timber Thorne’s Bridge, which was replaced about two decades ago and demolished in 2013.

“He loved drawing that structure. He would sit under there, and other bridges, and he would include the engineering work, what held them all together,” Daphne says.

David drew for pleasure, not to sell his works, except from the large, detailed drawings he did for his only exhibition in August/September 2004.

His sketches to illustrate Heralding Heritage Goulburn, written by Daphne and Linda and launched in 2017, were all subsequently purchased by the one buyer. This book will also be on sale at the exhibition. 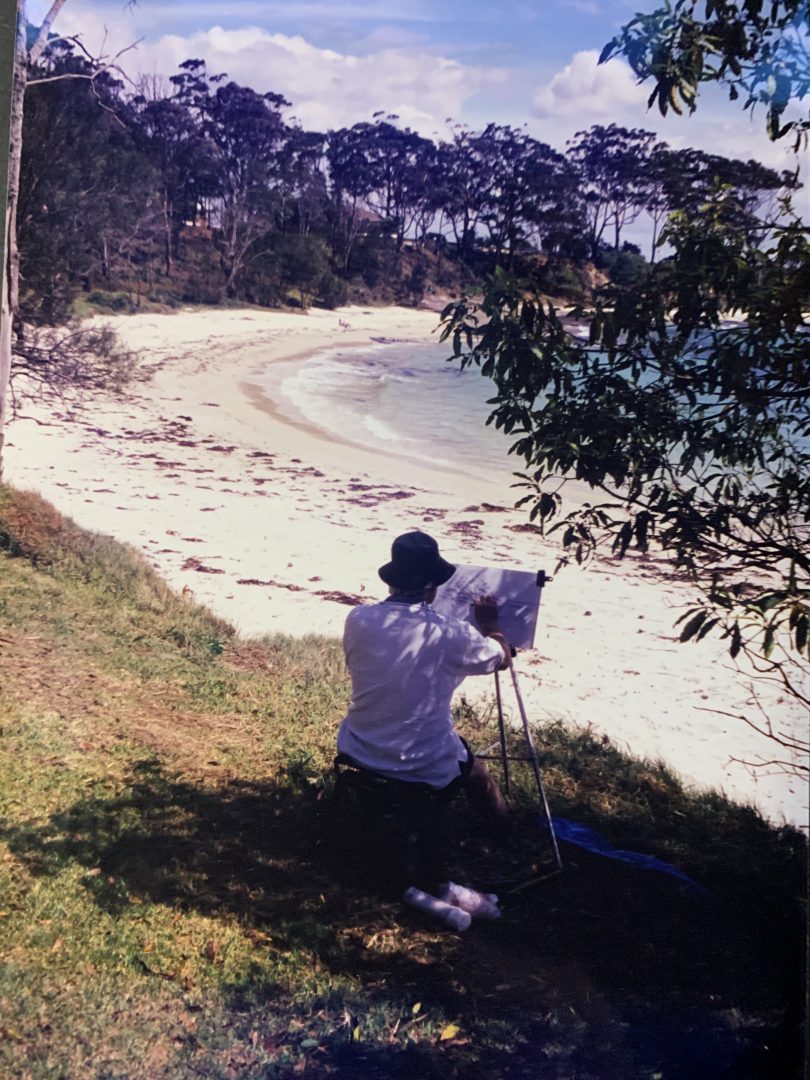 Daphne says the drawings will appeal to a wide audience.

“The small drawings would make ideal gifts for anyone who has travelled overseas – an aide-memoire with more ‘feeling’ than is possible in a photograph or postcard,” she says.

The exhibition will run from 6 pm 8 April in the Goulburn Club. The auction starts at 2 pm on 24 April, with viewing from 9 am. Pre-auction bids can be registered with real estate agent Carol James or Brodie James.