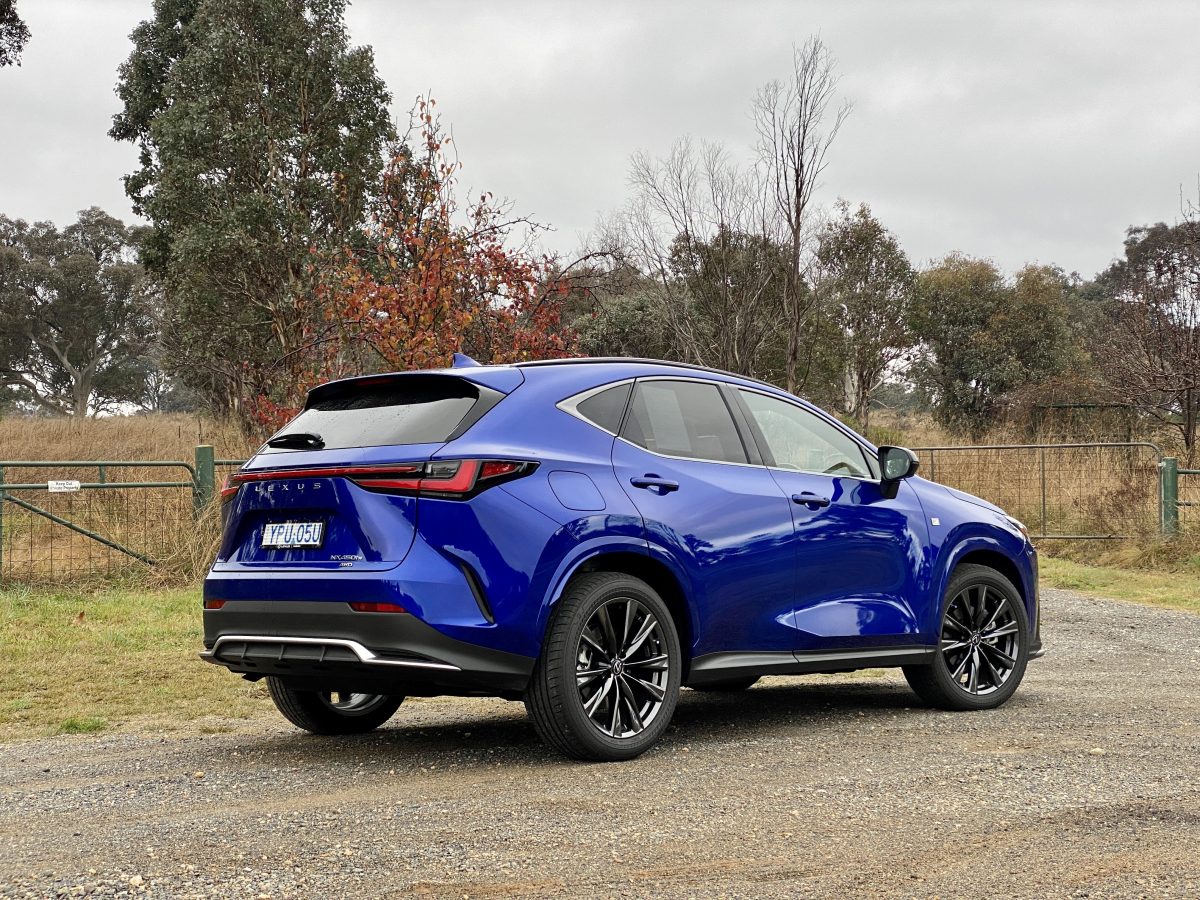 Cars used to have basically four controls. There was a steering wheel, some pedals, a gear lever and a handbrake. You couldn’t miss them.

The handbrake was the first to become a button. This was followed closely by the gear lever when electric vehicles came along, because they don’t use gears at all – the driver literally has three options: going forwards, going backwards, or not going anywhere. You don’t need a dedicated stick for that – have a dial or some buttons instead.

But what about a Plug-in Hybrid Electric Vehicle (PHEV)? Where do they sit when it comes to the gear lever situation?

Simple – they have a very little one. 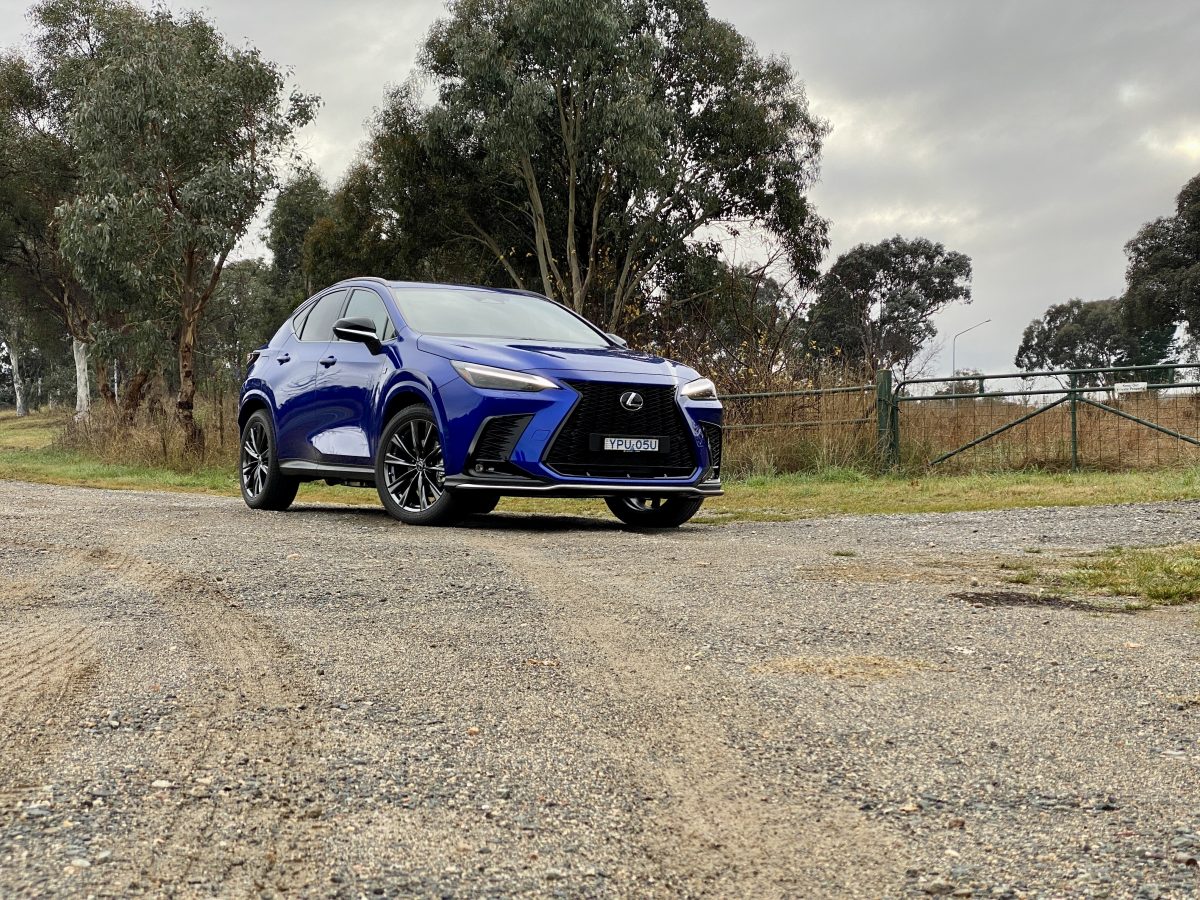 There’s a new look inside and out to go with a new plug-in hybrid drivetrain. Photo: James Coleman.

I’m at the helm of the new top-of-the-range Lexus NX. It’s called the 450h+ F Sport and it’s an entirely new model for the mid-sized posh SUV.

Lexus, like its father, Toyota, has capitalised on petrol-electric hybrids for years, but this takes it a step further.

Armed with three electric motors and an 18.1 kWh lithium-ion battery, it can go for 75 km while the 2.5-litre four-cylinder petrol engine silently watches on. Other PHEVs struggle to make it over 50 km.

A massive portion of Australia’s population lives in urban centres along the southeast. Even in Canberra where everything is 20 minutes away, the Lexus would be perfect for the daily commute.

And further afield, where EVs currently struggle for lack of infrastructure, it’s perfect too. 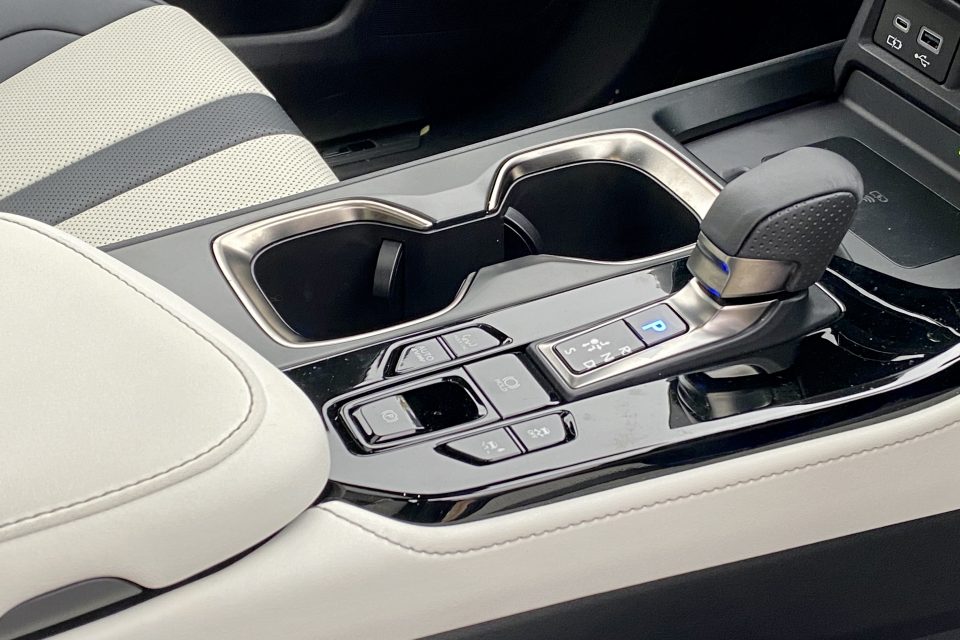 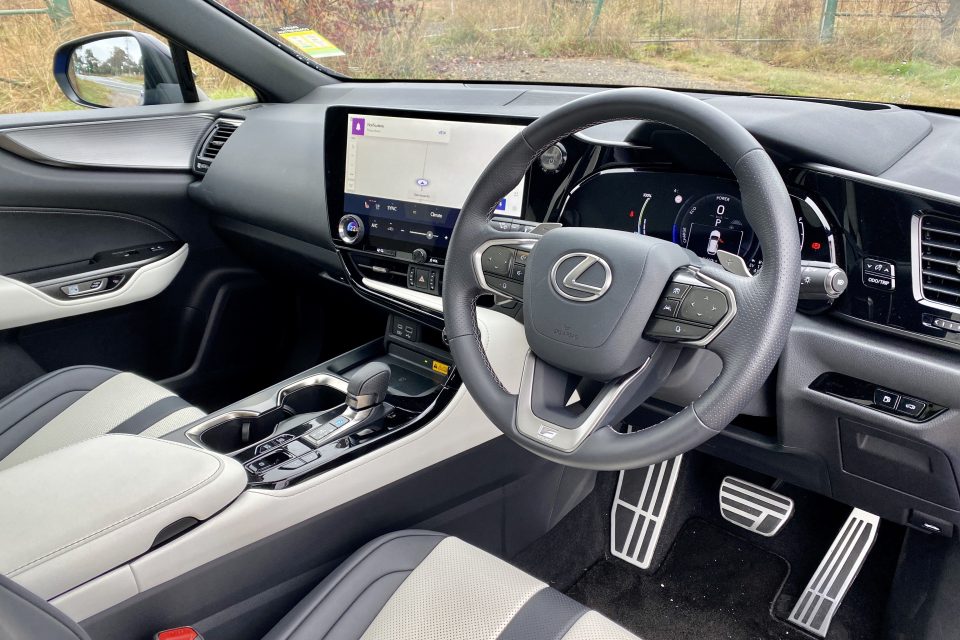 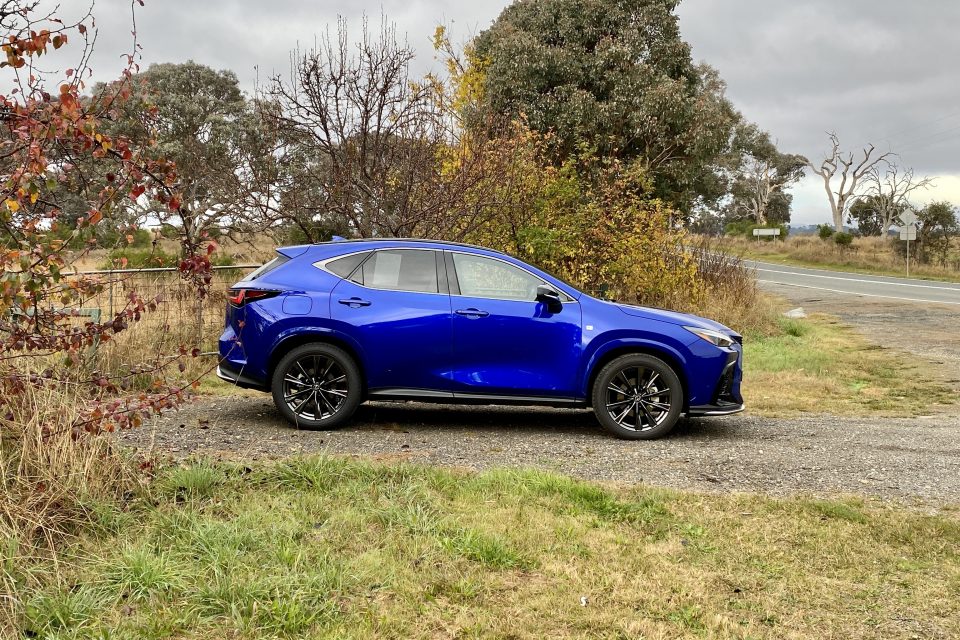 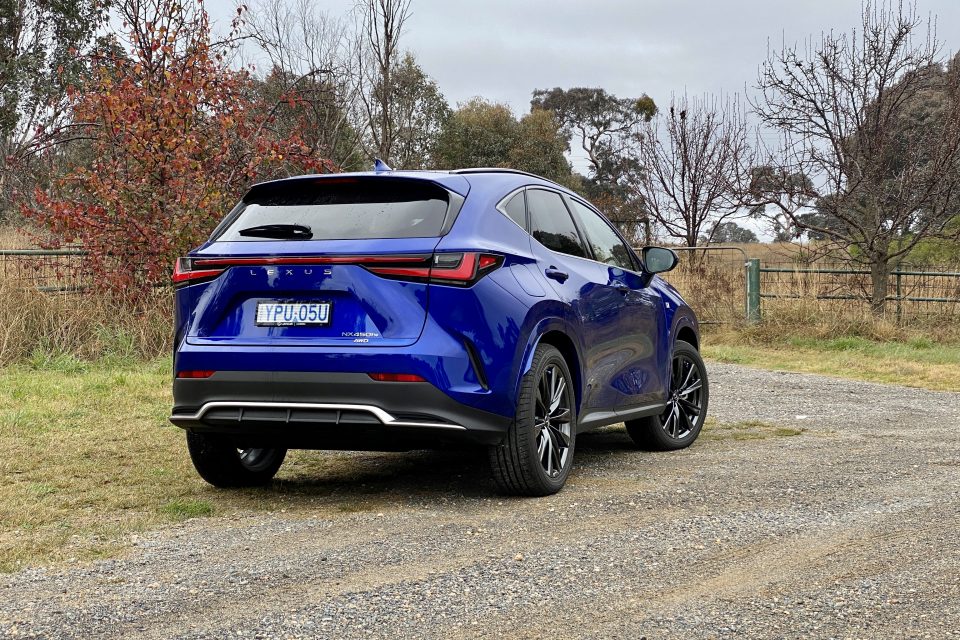 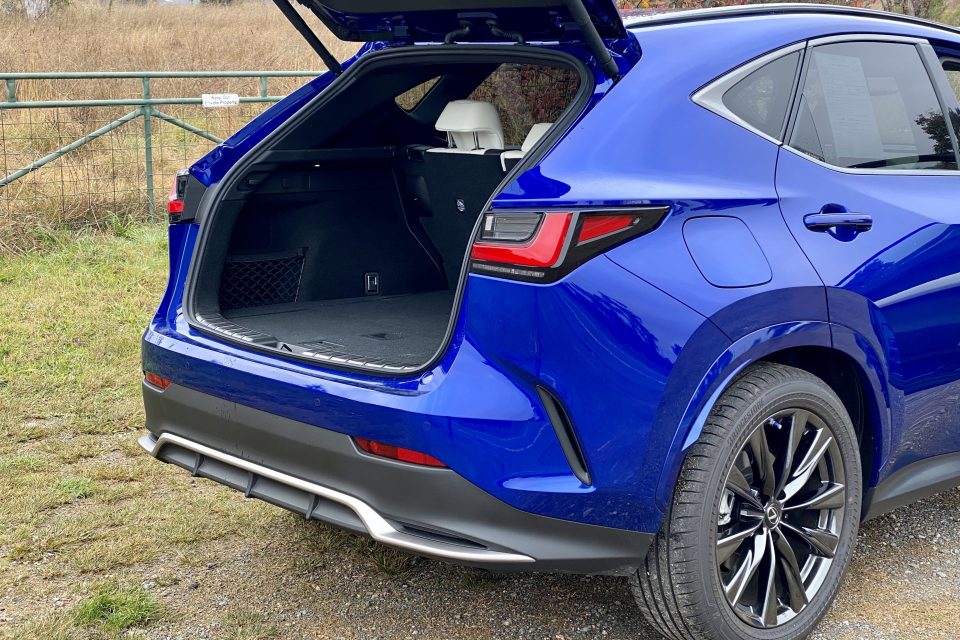 Buttons next to the little gear knob offer the option to lock the car in electric mode (EV Priority), pick the best power system based on the conditions (Auto EV/HV), maintain a set state of charge in the battery (HV), or charge the battery with the petrol engine.

Lexus of Canberra says this combination means you may have to start the engine every so often so the petrol doesn’t go bad. Imagine having to start a petrol engine. A single tank could easily last for thousands of kilometres. Provided – of course – you plug it in.

You’ll also never have to worry about the heated seats or the Mark Levinson surround-sound system draining the battery as you have your backup generator on board.

Despite the EV badge on the number plate, the downside is the NX 450h+ doesn’t qualify for the ACT Government’s EV incentives. That means you’re coughing up at least $90,000 before registration and stamp duty and although that might be less than alternatives from BMW, Mercedes and Volvo, you’ll still want your money’s worth.

The good news is you get it. 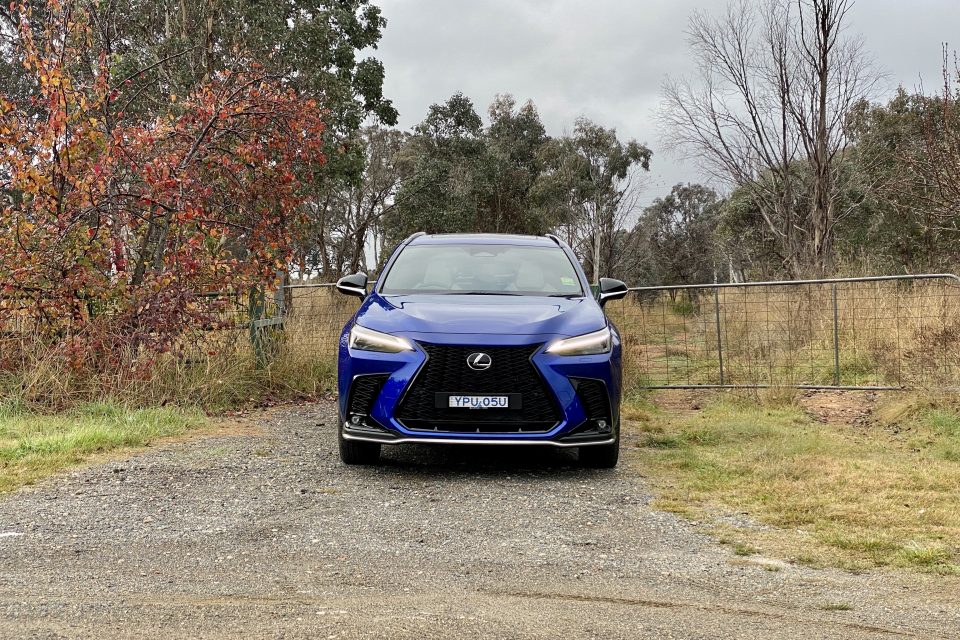 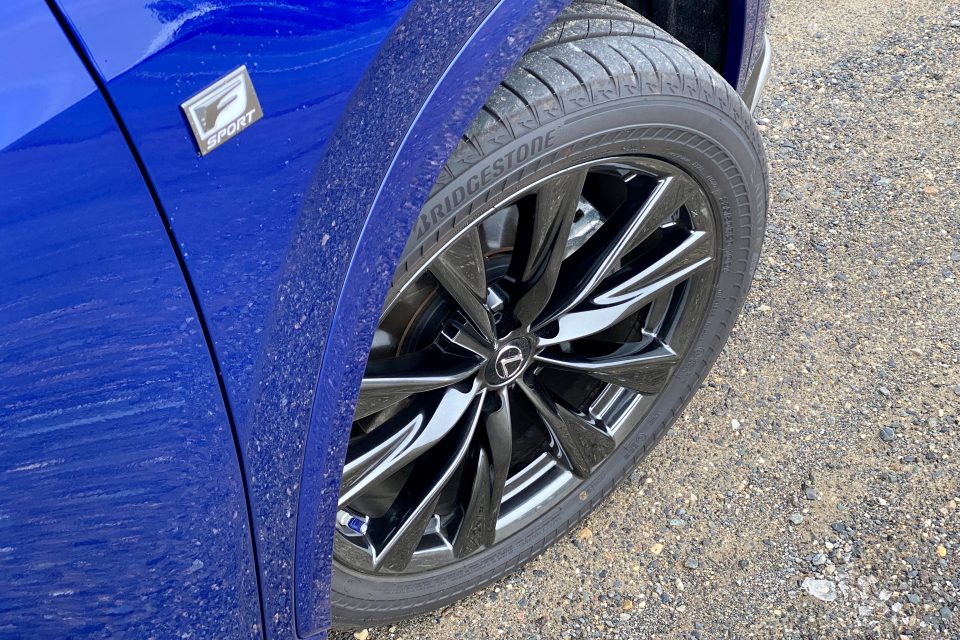 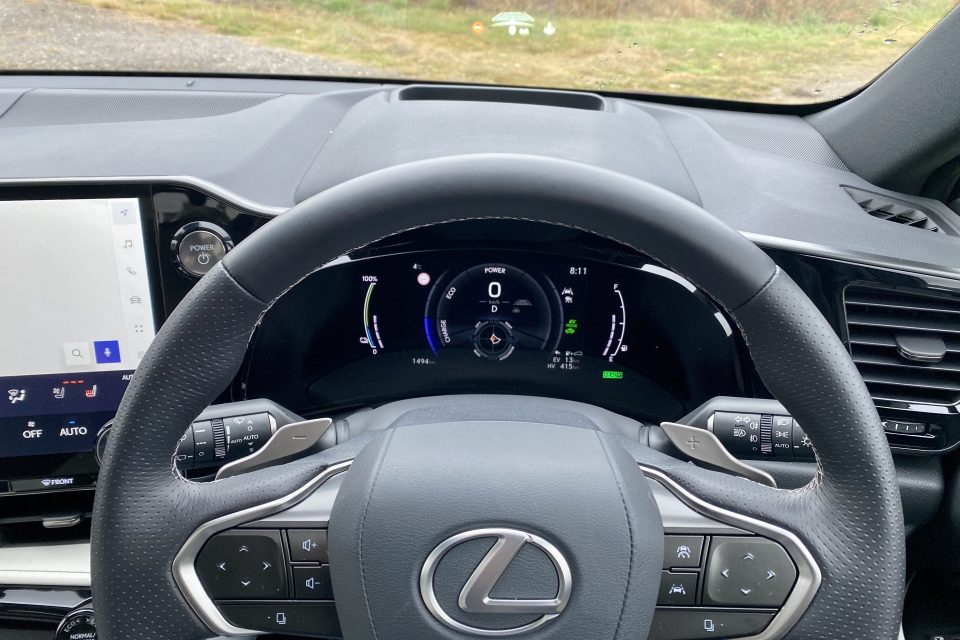 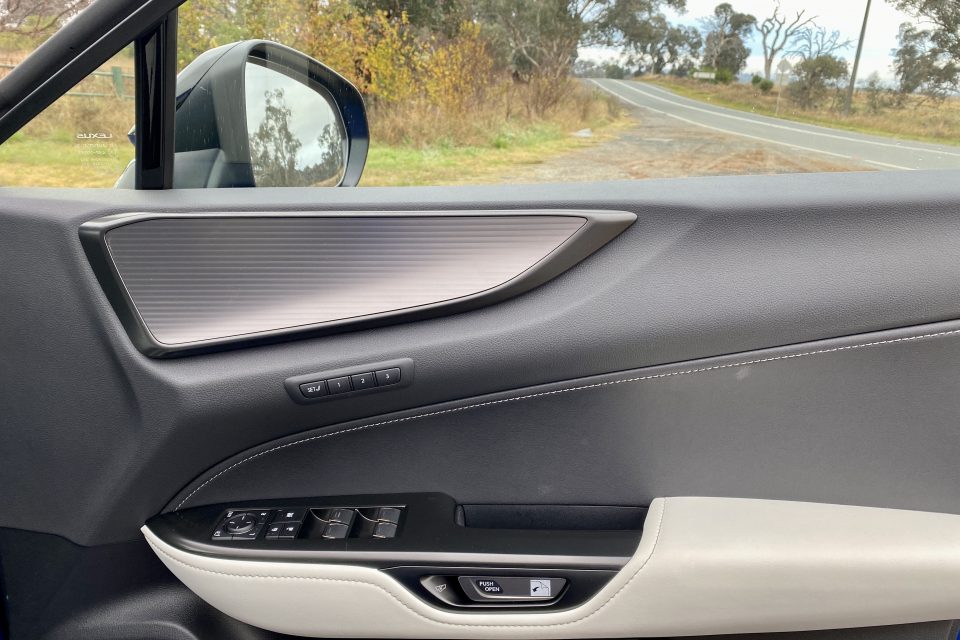 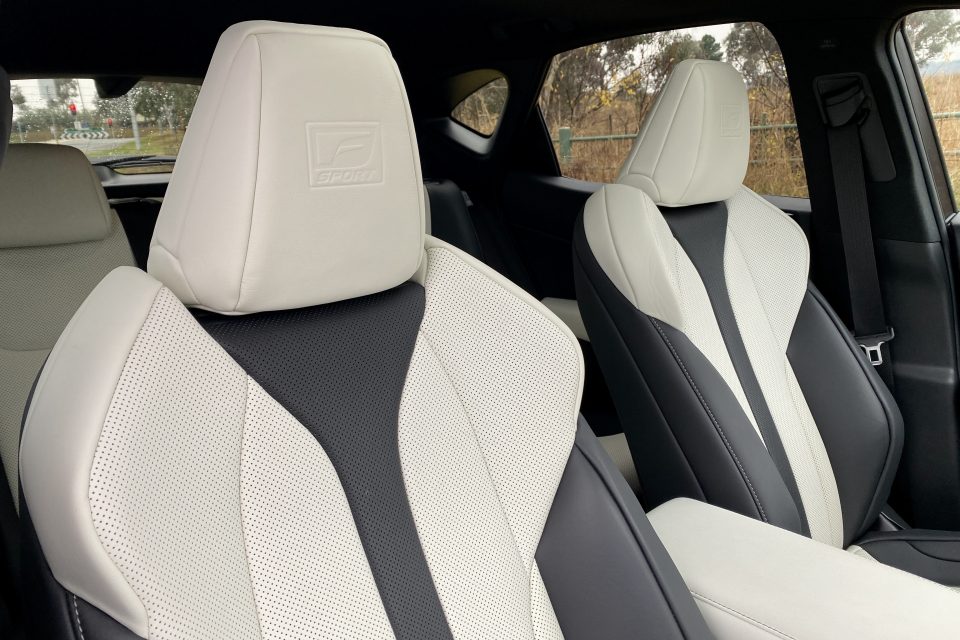 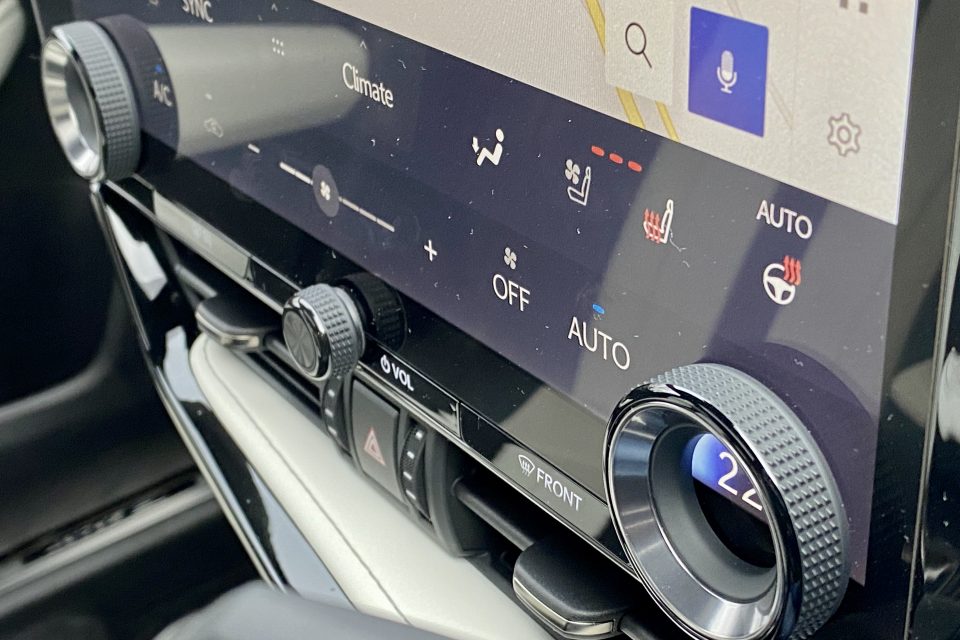 The design is angrier and bolder than the outgoing NX. Around the back, ‘LEXUS’ is name-checked along the boot, underneath the red strip lighting. So it’s classier too. And it has to be said, this ‘Cobalt Mica’ example is paired with quite possibly the most handsome wheels of any SUV.

The black and white interior is as beautiful to behold as it is well made to touch. The infotainment system used across the Toyota and Lexus family is a touch clumsy and dated, but the NX scores much cleaner graphics to go with the new eight-inch touchscreen.

Up above, there is a digital rear-view mirror that – on reflection – works much like a conventional rear-view mirror. But there is also a heated steering wheel to go with the heated seats, an SOS function that will call the emergency services in case there’s an accident, and all manner of other acronyms for self-parking technology, monitors, sensors and ‘e-latch’ doors that detect passing cars or cyclists.

To drive, it has the smooth and whirring wallop of an EV off the line with the rumble of petrol never far away. It’s not the slickest engine, but the electric motors do help it reach 100 km/h in the claimed 6.3 seconds.

A dial on the dash can help with this, too, switching the throttle response and adaptive suspension between the different modes of Eco, Normal, Sport and Sport +.

And no, the little gear lever isn’t alone. Behind the steering wheel, you’ll find the new feature of the decade: gear shifter paddles. 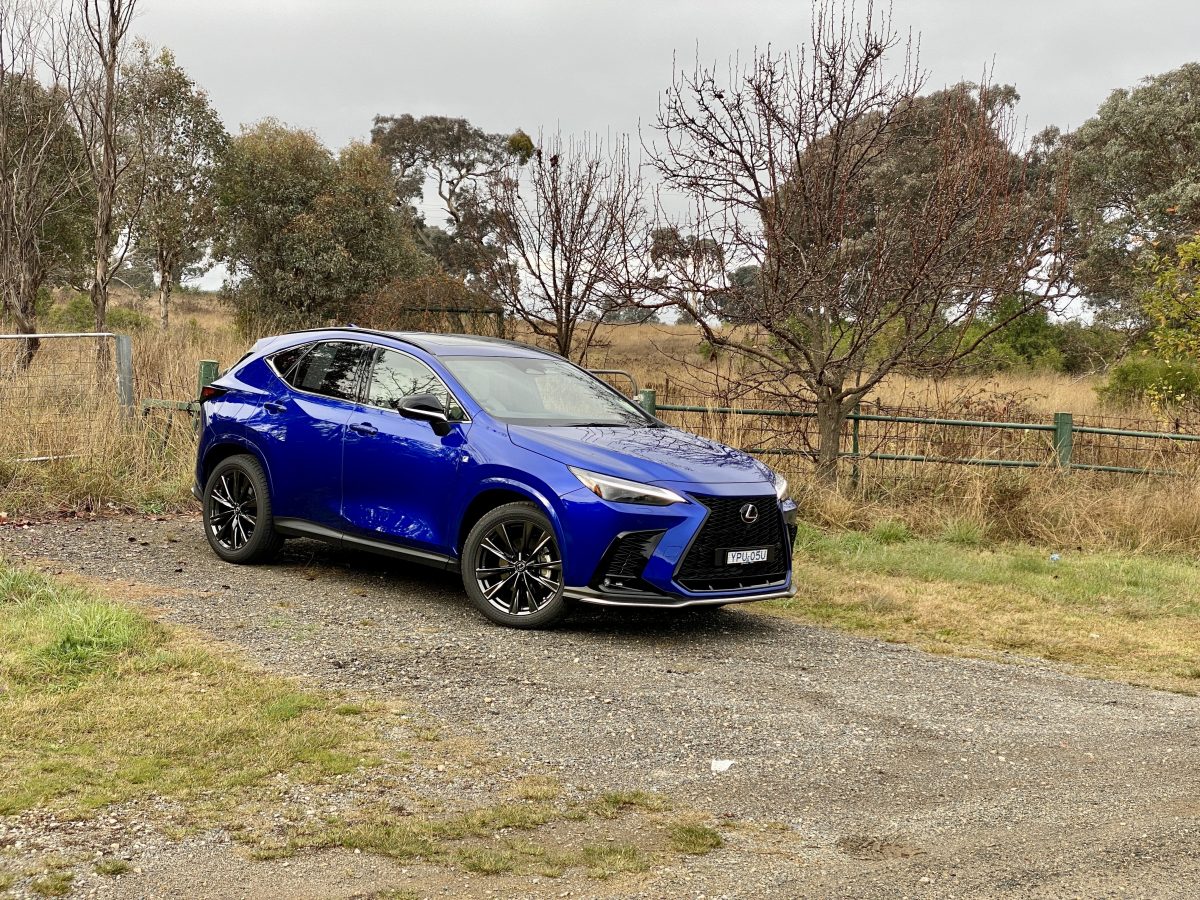 In the wild with an angrier face and a great set of wheels. Photo: James Coleman.

Geez ! 90 thousand bucks.
We’re not all on MLA salaries.

Talking of .. there was a time our elected members were given a car, and a petrol card, as part of their package.
Does this still stand?
Can the package now include say a nice EV Lexus ?

Chances are I’ll never buy a Lexus! EV or not! And ‘basic’ EVs aren’t exactly cheap either.

We own a Japanes SUV, which we’ve had for over 6 years

That the CT and Riotact are pushing EVs, despite their very high cost, indicates to me that they are seriously out of touch with most of us.
We live in an energy-efficient house. It wasn’t when we bought it in 1981. But it runs almost exactly due East-West, IE one side faces North. That choice flowed on from the 1970s and later oil-shocks, and my involvemnet back then in Senate Select C’ttees on those issues.
IE long before climate change became a big issue.

We’ve added a long clear-roofed timber-framed deck on that Nth side, to provide space for entertaining guests, and to reduce solar heating of the house. The deck has two layers of 70% shadecloth under it, giving 91% shade. The East and Western sides of the deck have 70% shade as well.

There’s several layers of fibreglass – added over time in the ceiling – and rock-fibre in all the exterior walls, topped up twice. Some of these upgrades were free and some subsidised. But not all.
We have ~ > R4.0 in the ceiling. And, we use WoH evaporative cooling in Summer. Canberra is dry enough for that to work. 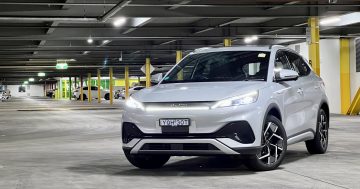 In a market where the best-selling EV is $65K, does China's BYD look compelling? 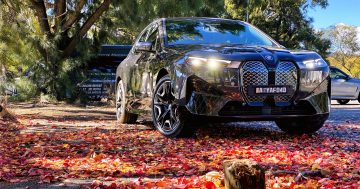