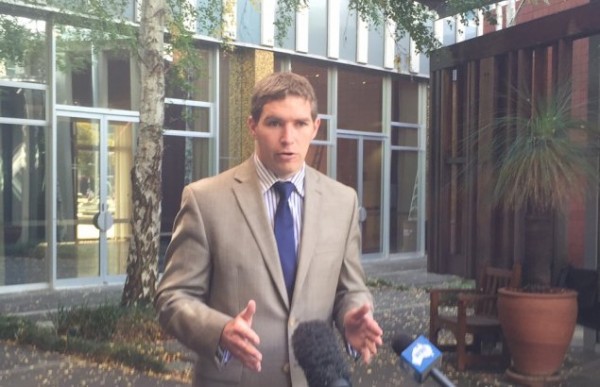 A Canberra Liberals government would shake up the Land Development Agency and hold a biennial Canberra Planning Summit, with the first to take place in 2017.

The Liberals are making a play for voters who are disgruntled about planning matters in the ACT, announcing 29 separate commitments on planning today after committing earlier this week to appoint a Chief Engineer for the Territory if elected.

The Liberals’ Planning for Canberra’s Future document includes among other key promises the development of a Planning Directorate app and a refining of the role of the Government Architect and their role in planning principals.

“Planning for Canberra’s Future will give confidence to those involved in Canberra’s planning system and better outcomes for residents,” Mr Coe said.

Mr Coe has told Fairfax Media today that a Liberal government would scale back current plans to develop the West Basin of Lake Burley Griffin, the current Government’s City to the Lake Project, and focus efforts instead on revitalising the CBD.

Among other commitments as listed in the statement announcing the planning plan are the following:

A comprehensive review of the Territory Plan and making it more accessible.
A commitment to meaningful consultation before new planning legislation.
Reforming the Land Development Agency (LDA) as it has strayed from its core role of bringing land to market.
Ensuring a steady supply of land for the market.
Establishing pre-development application meetings for major constructions.
A broad consultation process for dual occupancy developments.
An overhaul of current solar access rules.
A limit on the amount of time shipping containers can be in the front yard of properties.
A review of all fees and charges that impact the construction industry.
Ensuring that all town centres and other high density areas have access to irrigated green space.
Making land available in existing and future suburbs for faith and cultural organisations.

Earlier this week, the Liberals announced that if elected they would develop an infrastructure plan for Canberra in consultation with professionals, industry and the community and would enhance the Territory’s engineering capability.

That plan would include residential areas, transport connections, areas of densification and employment.

A Liberal Government would establish an Engineers’ Panel consisting of engineers with varied expertise and experience to be consulted on major projects and work with the Government in the development of the infrastructure plan.

The new chief engineer would chair the Engineers’ Panel.

The Liberals would seek to employ more engineers “so that their advice was available for all infrastructure projects from the earliest design stages”. Employment and retention of engineers would be encouraged through career development programs as well as graduate opportunities.

Yesterday, the Liberals pledged to spend $6 million across the capital to upgrade local shopping centre amenities including pavements, lighting, parking and landscaping.

One Response to Libs would hold planning summit, shake up LDA
Filter
Showing only Website comments

‘Pay for voters’ – you make it sound insincere. Many of those things are sorely lacking.