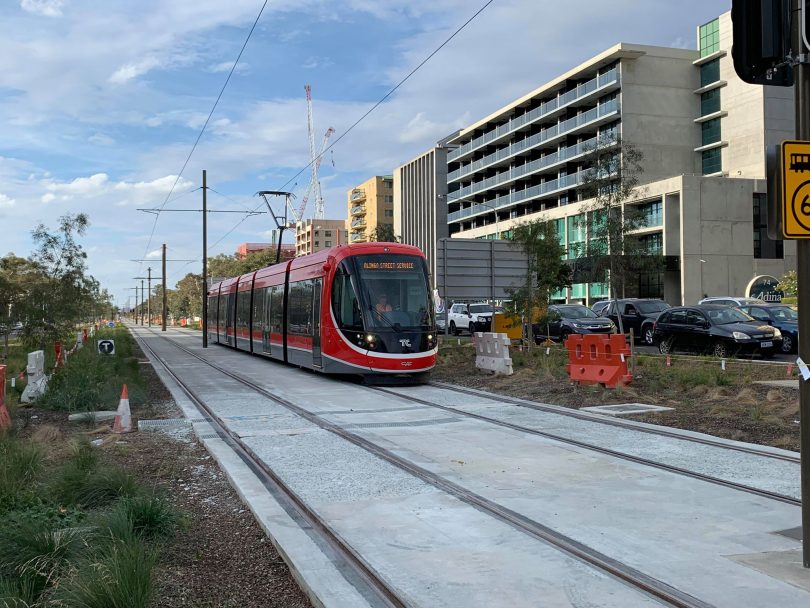 The driver was suspended since the incident but has since been reinstated. File photo.

The light rail driver who ran a red light during a trial run is now back on the tracks just two weeks after he was suspended.

On 9 March, dash cam footage from a car travelling on Randwick Road towards the T-intersection on Flemington Road, Mitchell, showed the tram almost colliding with the car after running a red light.

Canberra Metro confirmed it was the driver’s error, and suspended him from driving duties while a full investigation took place.

Canberra Metro chief Glenn Stockton said the driver is now back in service after sitting through more tests.

“That driver went through some retesting, some recertification and that driver is now back in service,” he said. “I am confident in the driver’s ability.”

Mr Stockton said Canberra Metro will continue to ensure drivers are trained properly and urged people to be careful around the tracks, ahead of the start of services on April 20.

“We certainly continue to ensure that our people are being trained correctly and to use the procedures and systems that we have to operate light rail safely,” he said.

“We continue to engage with the community and seek their ongoing support and understanding about the changes in the alignment and the considerations about how we all work and live and move together safely with light rail.

“If we all follow the rules, we will all stay safe.” 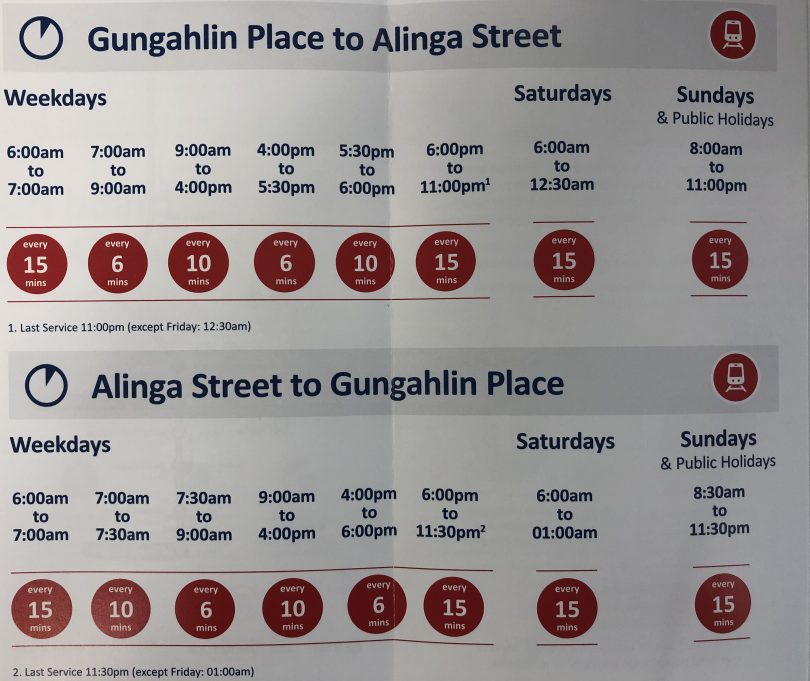 ACT Transport Minister Meegan Fitzharris echoed Mr Stockton’s comments and said it was a “big change” that will take some time for motorists to become familiar with.

“With the campaign that’s been running now for over a year, people are really taking notice of light rail now because it is travelling down the Federal Highway and Northbourne Avenue into the city,” she said.

“We have made major efforts around community awareness raising and our message is always been that this is a big change and it will take some time for motorists, cyclists and pedestrians to become familiar with.

“Please be alert as you’re travelling on near or across the light rail route, particularly for pedestrians and cyclists but also for motorists as well.”

I see plenty of car drivers allowed to continue driving after running red lights, without any retesting required.

Seems fitting since all the jaywalkers only walked away with a wet slap on the wrist as well.

What about the pedestrian that walked in front of one? Have they had their pedestrian licence reinstated? LOL

Be careful out there folks, some things are more important than that email from Shazam’s about the new TPS cover sheet.