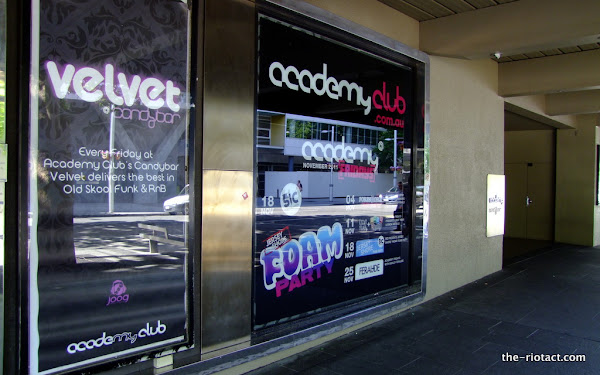 In the ongoing war between the Australian Hotels Association and the rest of humanity the Liberals have announced that they’ve sent the vexed liquor licence fees to the untender mercies of the Justice and Community Safety Committee.

“Not only did ACT Labor give businesses less than three weeks to prepare for the fee increases, there was also confusion in the industry about the timing of payments and licence types.

“This confusion about licence types was so severe that ACT Labor was forced to delay any further decisions on the licences until next year.

“The Committee will now do as the government should have done in the first place.

“It will talk with the industry, learn from the industry’s experience in the field and make recommendations to government that will help compile a more suitable fee regime,” Mrs Dunne concluded.

Bob Jones - 28 minutes ago
Deb Wheare And Lynne Meredith... I've heard because of the more right someone who identifys as being an Aboriginal or Torres... View
Kev Martin - 10 hours ago
I find If you stop breaking the law, you don't get locked up View
Deb Wheare - 21 hours ago
Jacob Torresan face palm View
Property 14

Pari Gilmour - 11 hours ago
I support a burnout pad. Zero interest myself but obviously these guys need a social space to do their thing. Happy to suppor... View
Opinion 33

Russell Nankervis - 22 hours ago
I'm going to work. If the date changed I would be a little more keen to party View
Patrick Boucher - 1 day ago
What happened to the concert being free? Used to be View
Business 17

Mogo zookeeper Chad Staples has shared his pain at losing one of the two lion cubs he's been hand-raising since...
Opinion 0

The staff and customers at Jindabyne Bowling Club were surprised to see a brown snake slither up to the bar...
News 31

@The_RiotACT @The_RiotACT
From exquisite handmade jewellery to high-end homewares, there’s no end to the tantalising treasures to be found in the shopping paradise of Bungendore https://t.co/2kwXuEVseH (1 hour ago)

@The_RiotACT @The_RiotACT
Book a seat for Kambri Film Fest 2021, a free festival that celebrates and elevates the contributions of creative women in the film industry https://t.co/5oivpfnWaq (11 hours ago)